What have you been playing lately?

I quit playing WoW almost two years ago (my grades were slipping and I wanted to spend my paychecks elsewhere), but lately I've been over at my friend's house binging on her account while she messes with her boyfriend's. After I froze mine back then, I became really critical of the game, but now that I'm playing it again, I realize it's still fun and really engaging, especially with the expansion out now. Besides that, I'm beating Final Fantasy VI for the thousandth time (it never gets old), and tackling StarCraft. I still suck after all these years, good god.

I tried EQ2 for a couple evenings. Couldn't stand it.
D

Ocarina of Time. In emulation. On a Mac, no less.

Excellent experience. It looked wonderful in all of it's low-polygon at a higher-than-native resolution glory. Controlled (mostly,) great with my lousy $14 gamepad. Last night I beat the final boss with one heart to spare, thinking, "this is why I play games!"
H

I am about 46 hours into Final Fantasy XII which I am playing on my PS3. If I can manage to stay with it, this will be the first FF title since FF7 that I actually finished. I never got past all the summoning screens on FF8, disc 3 of FF9 and with FFX, I stopped about 80% of the way through the game. So This is my time to shine in the FF verse. 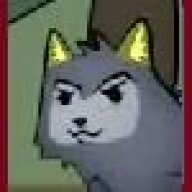 Bioshock and Blue Dragon on the Xbox 360 and Resident Evil 4 on the Wii.
H

Both Bio Shock and Blue Dragon are in my possession, but neither gets any play time until after I get through FF12. 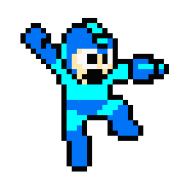 Been starting up game obsessions again since I finally got system with a graphics card.

Of course I've been using that card to do terribly modern things like play Vampire: Bloodlines, which, if you install some version of an unofficial patch, becomes a really, really amazing game. It's similar to old Fallout titles in what your options for any given situation tend to be: combat, social, lockpicking, stealth, hacking. Most involved quests will require more than one.

Not like any Fallout at all in terms of setting, and in terms of the combat being really pretty terrible. This is not a turn-based/real-time thing so much, it just feels off. I understand why guns are so weak in the game, but not why more work wasn't put into having the melee combat be more interesting.

Story seems generally pretty amazing so far. Have a feeling that if this had been made with Troika as an in-house department of Valve, rather than just licensing the Source engine (and apparently never getting Valve's AI code), it could be among the best all time. This, (minus the release bugs) could be, I think, a best-case scenario for Bethesda's Fallout 3.

I don't know why I ended up saying Fallout so many times in that post. Or posted that many words about a game everyone's either already played or will never play, ever.
H

I also loved Vampire: Bloodlines and and even reviewed for 2404 when it first came. Out I have followed it through the unofficial patches and even picked up a steam version as well, in case I want to play through again.

It wasn't perfect, but the way they did that haunted house level was extremely well done and I certainly dug the atmosphere of the game.
H

Well at 66 hours, I completed FFXII, essentially making it through the last 6 main bosses without failing. I leveled my party up to level 53, gave them all bubble belts and just store bought weapons, but all the major magicks and I ran through it. I greatly enjoyed the experience though.

Now I am about 4 hours into Bioshock, as I needed a change of pace from RPG grinding. After this I will move on to Lair for the PS3, yes I am a glutton for punishment there. Then I will finally finish Splinter Cell Chaos Theory for the XBOX, God of War 2 and then Metroid Prime 2. Then and only then do I feel I will be ready for Blue Dragon. Of course if Mass Effect falls in that frame, then it becomes the top of the list.
J

Next weekend I'm going to really get into Bioshock and probably continue on Tekken Dark Resurrection on the PSP.

Monster Hunter's a real letdown, plagued by camera trouble and absolutely murderous difficulty level, which is weird for a popular Japanese title. Or maybe I'm doing something wrong.

I would really like to finish Oblivion and Dead Rising on the 360, but looks like I'll have to put them aside for the time being.
H

I have now determined that my only course is to only play one game at a time, outside of an occasional round of a sports game or a casual game.
T

Right now I am replaying the Phoenix Wright series.
S

woot my first post! Anyways, I've been mostly playing PS3 games like Warhawk, Oblivion and Resistance. BUT I finaly found a game I have been looking for for a long time on ebay and I've been playing that mostly. STARTOPIA for the pc. Only problem is that it randomly glitches and either gives me a message saying 'file error: 1450' then freezes the pc or if it starts to glitch and I exit the game quickly and it goes straight into a Reboot. I blame my crappy 'E Machine'.

Finally broke down and bought Oblivion. A little frustrating, but only because of the way I made my guy. If I'm given the option I almost always make a social-skills guy in an RPG, but not only is Persuasion useless (the mini game you use to make people like you is pretty easy regardless of your score), I seem to be punished for making it a major skill by leveling up too quickly, meaning I slowly get weaker and weaker relative to my enemies. So I've stopped trying to make anyone like me except when it seems vital, but most one on one battles are real scraps, with me running across the country side to get some breathing room, and god help me if I have to fight 2 dudes (or one bear. a bear just knocks me around like a small child).

But it could be that I'm just not so good at the melee. I'm also playing Final Fantasy III on the DS, and it's pretty fun for reasons I find difficult to explain.
L

-Tomb Raider: Anniversary (PS2) Awesomely Awesome.
-No One Lives Forever (PS2)Grooviest game I've ever played.
-Beyond Good and Evil (PS2) Also groovy, but in a totally different way.
A

Reinstalled System Shock 2, Deus Ex and Thief: Deadly Shadows last week. I didn't really get into SS2 and Thief though, as most of my time has been spent feeling tragically enraged at the fact that Deus Ex won't run properly on my laptop. One level runs too fast, the next too slow. And changing gamespeed in the .ini only sporadically helps. It's a tragedy.
H

I finished Bioshock last week and am attempting a play-through of Lair for the PS3. While sometimes frustrating I have been enjoying myself. 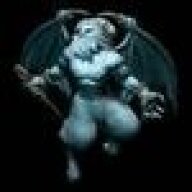 I just finished Legacy of Kain: Soul Reaver and have moved on to Vagrant Story for the umpteenth time. All this while I'm trying to install and clean WAY too many mods for Morrowind.
D