What is the best Dragon Ball Z game out at the moment? 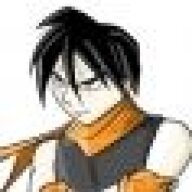 mattttherman3 said:
There is one "mission" in Vegeta's "story line" in RB2, where you have to beat android 16, 17, and 18 without getting hit once, impossible pure and simple.
Click to expand...

If memory serves you can equip a health recovery itemn and just bide your time for a little while avoiding attacks until your health comes back up to a level you can fight at. Not impossible just stupid.

Although I agree that Raging Blast 2 is pretty bad for more reasons than that, Raging Blast 2 is pretty severly broken. Did I mention it's horribly glitchy? Here's a video recorded by a friend of mine where we encounter not one but two glitches in the same match, the first being a spirit bomb not quite working as planned(at the 10:53 mark) the second where Teen Gohan wigs out and begins to do the worm which was actually a game breaker where we had to quit out of the match. (11:55 on)