What kinds of enviroments do you dislike as levels in a game?

I recently started playing Oblivion. Despite the poorly aged 3D models the game has a certain atmospheric charm that eventually got me hooked. Then i went to oblivion for the first time and was almost turned off the game completely. I can't stand levels where you are surrounded by red and nothing else, especcially when tthere is lava or particularly emo immitations of satanic symbols symbols involved (oblivion features both). Do you have a type aesthetic or location that you cannot stand as a level in a game?

Deserts. I hate deserts, to the extent that I have trouble enjoying otherwise enjoyable games/movies/shows if they feature the setting too heavily. >.<

took me three attempts to make it through FF XII.

Depends on the game.

In "realistic" multiplayer shooters where you die in 1-3 shots I dislike urban or indoor environments. They turn it into Peeking Carefully Around Corner: The Game. Not fun for me. I prefer something more open like forests and hills.

Generally getting pretty tired of post-apocalyptic ruins. I used to love them, it's an inherently poignant and/or dramatic setting after all (not to mention easier and cheaper for developers to make), but I've seen enough dead worlds. Show me some more living ones please.
B

Like probably everyone, I hate underwater levels, or environments with a lot of water.

I also don't like worlds where you are constantly in danger. I did not enjoy having to tiptoe literally everywhere in Dishonored. And when this is applied to open world games like Far Cry, I can't stop thinking about how stupid you would have to be to live in the islands or Kyrat. Those are places where even the fucking birds are trying to kill you, and two steps outside of your village gets you eaten by tiger or honeybadgers. Hurts the immersion. 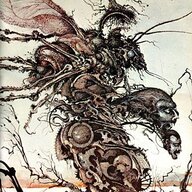 Lava levels are pretty dull, especially Oblivion. In the past I would have said spooky mansions, but they seem to have fallen out of favour, although that could be because I haven't played on any Resident Evil games for a while.

I am pretty neutral when it comes to environment, because it's quality always depends on execution.

That being said, I dislike areas that either slow down characters movement and/or poison them. Valley of Defilement in Demon's Souls? Hated it with burning passion. 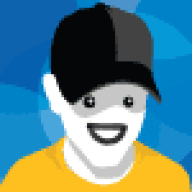 I wouldn't say that I hate sewer levels, but it does seem like developers like flushing all their shitty design decisions into the sewer level.

Underwater sections also seem to dampen the whole experience. Super Mario Galaxy 2 did start showing that they can be done well, but way too many years of bad underwater levels still makes me cringe whenever I see a new one.

That is one strength of Uncharted 4. Every time I got the chance to look at the environments, they always looked beautiful. Especially the later levels on the islands. God were they beautiful to simply take in. I never really disliked any of the environments.

Honestly, most environments are fine by me. I can't really say that I can think of any that are simply boring that I dislike out of hand. I think my biggest issues are environments where the environment is a bigger obstacle than the enemies. So, underwater levels are certainly an example of this, with the NES Ninja Turtle game being the best example I can think of. Levels where there are way too many bottomless pits for a place to logistically have. I actually remember an AVGN episode on Ninja Gaiden where he states that he forgot he even had a health bar half the time because he almost never died from taking damage.

Even then, done right, I don't mind some levels. I remember the Deepest Dungeon in FFT. The whole thing is dark and you're unable to see the actual map. In order to progress you have to go space to space, with the Move-Find Item ability, to find the door to the next floor. However, crystals from defeated enemies light up the field (with enough you can actually see the details of the floor). Doesn't hurt that each floor has rare and powerful weapons and armor, making playing the levels worthwhile. So this is probably not the best example of a level being a bigger obstacle than the enemy. Though, even the poison marshes weren't too bad.

I agree with the oblivion use of the...errm, oblivion. It started out as a neat idea, but by the end of the game i was actively avoiding them due to the overused asthetic and boring yet confusing layout. Thing is that Skyrim did the same for me with repetitive labyrinthian dungeons...so maybe i just can't be pleased.
Have to agree with Yahtzee on sewer levels (apart from Metro 2033), construction site levels and bloody New York...no more of those endless grey tower sticks please, they aren't interesting and never will be (IMO), so stop pushing them. Perhaps the mainstream superhero genre hasn't helped. But it is also artistic direction, you can make a visually uninteresting backdrop more exciting by working on atmosphere and not phoning in the design.

Only area's that are poorly designed. One idea I always find to be a poor choice and just lazy, is completely saturated dark rooms with no way to see effectively. Any media that makes me strain my eye's has made a stupid mistake, that goes for Rebirth's curse too.

Sewers. I love Half Life 2 but Route Kanal is just horrible.

Tropical. It just bores me. Sucks that that's the new theme of the next Pok?mon game.

I'm ok with sewers if they are interesting, though I suppose like swamps, they usually aren't.

Add me to sewers. I've yet to see a sewer environment where it wasn't a pain in the ass and/or had any enemies that could poison you. They're dank, bleak and tasteless to look at and the claustrophobic feel isn't suffocating, it's just really annoying. In Dead Island's case, multiply it by five.

I usually hate turret/on rail levels in a 3PS.

Alien ships, because they all look the same nowadays. It's always LED lights in a line and some vagina doors, all looking like being inspired by dubstep. Always those fucking lights in lines. Look at Crysis, Independence Day, South Park: The Stick of Truth, XCOM, XCOM 2, Halo, Fallout 3 Mothership Zeta or whatever it was, ...

It's always the same.