What single scene MADE a movie for you?

Well, since no one else seems to be rocking the spoilers and the movie I'm about to say has been out for over ten years... Imma say I'm good to go.

The build up, duel, and final words of Obi-wan Kenobi and Anakin Skywalker's duel.


Yeah, a certain actor's lack of any skill whatsoever hurts the scene, but Ewan McGregor's amazing acting, the awesome fight, and the emotion made it so worth it. Best scene of the entire prequels and the best in the entire series.
H

Geoffrey Rush as Barbossa in pretty much any of the Pirates movies that I saw, which were 1-3. He was really fun in the first movie, but once we got to 2, he became even more scenery chewing. A pirate who has spent years as an undead, tortured to never eat or drink, or rest, but to always feel those urges. He finally gets made flesh again, and dies, goes to Davy Jones' Locker...and is then brought back fully to life. This is a man with zero fucks to give for death. Every second he's above the water, he's reveling in it. And everything is the greatest joke to him. I especially loved in Dead Man's Chest, when they are trying to get to The Locker to find Jack. He's just giggling the whole time "Oh yes, I know how to get there...hehehehe." And then he laughs as the ship is overturned in the storm, while everyone else is losing their shit. xD God he was fun as hell in those movies. Fuck Captain Sparrow, give me more Barbossa.

Though to be fair, Captain Jack in the first movie was also really enjoyable. My favorite bit was at the end, when they are reading off his crimes, and they get to "Impersonating a member of the church" And you see him get momentarily confused by that one, and thinks about it. And then he breaks out into this big grin, and laughs "Ooooh yeah...heheh" Priceless. xD
J

The Doof Warrior.
AKA Guy in red one-piece on top of amped out speeding truck playing flamethrower guitar at full blast.

This scene right here from Mad Max: Fury Road perfectly sets the tone for the entire movie and it's glorious. I literally have to cheer every time I see this scene.

MarsAtlas said:
Mad Max: Fury Road. That sequence when they get stuck in the mud while the Bullet Farmers are coming up on them. That whole sequence I loved. No big actiony explosions or the like, just character moments. The whole film was great but that setup really slowed down the film so we could get a breather without really slowing anything down.
Click to expand...

I generally skip most of those nighttime scenes when I watch Fury Road. They always felt like the one flaw of the film.

If nothing else, the lighting was really screwy.

The "I did naaaht... oh hi Mark" scene from The Room. I love the rest of the film but that one scene just illustrates everything wrong with the film, and I love it.

I generally skip most of those nighttime scenes when I watch Fury Road. They always felt like the one flaw of the film.

If nothing else, the lighting was really screwy.
Click to expand...

I found them a necessary change of pace, and while the lighting wasn't realistic the contrast of dark blue compared to the bright orange of the rest of the film gave a break from the sensory overload. 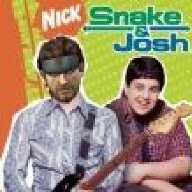 And this might sound silly but THE reason I love the movie is when we're first introduced to the first Kaiju in the water: Knifehead. Seeing the thing dogpaddle in the ocean from a bottom view, the sheer size and the way it moves it just made the kaiju look so majestic and magnificent. It actually felt like you were watching a gigantic beast rather than something artificially scaled up.

I had no expectations walking into that theatre but it turned me into a believer.
From the opening scene it was clear what this movie's goal is; to make giant robots and giant monsters look really awesome and move majestically. The makers of the film have a lot of loves for these titans and want to share that love with the audience.
T

OK well I have a few:

No.1 spot for scene that made a movie has to go to the Shooting Marvin in the Face scene from Pulp Fiction. So many awesome scenes in that movie, but that one could have made even an awful movie great.

No.2 Has to be the Buddhist Monastery scene from Anger Management. Middling movie, but I could watch that scene on loop forever.

And No.3 I'm giving to the Sicilian Scene from True Romance. Real acting class on display from Christopher Walken and Dennis Hopper in a perfectly timed and executed scene.

Don Incognito said:
Hellboy 2, when Abe and Hellboy sing "Can't Smile Without You"
Click to expand...

Apparently that scene was somewhat controversial, some Christian group were complaining about how it promoted homosexuality.

Which is just about the only thing that could offend complainy Christian groups that didn't happen in that scene. It's a demon and a fish monster working for a secret government organisation talking about pre-marital sex, and all.

In Skyfall, it's when the movie turns into Home Alone with Guns. I didn't much care for the rest of the film before then.

Not the movie version, but in the TV series where Elizabeth delivers a verbal smack down on Lady Catherine de Bourgh. It's one long "go fuck yourself" transformed into "I am only resolved to act in that manner, which will, in my own opinion, constitute my happiness, without reference to you, or to any person so wholly unconnected with me." 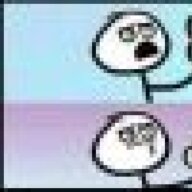 Don Incognito said:
Hellboy 2, when Abe and Hellboy sing "Can't Smile Without You"
Click to expand...

Apparently that scene was somewhat controversial, some Christian group were complaining about how it promoted homosexuality.

Which is just about the only thing that could offend complainy Christian groups that didn't happen in that scene. It's a demon and a fish monster working for a secret government organisation talking about pre-marital sex, and all.
Click to expand...

We are a deeply, deeply stupid society.

If I had to pick, some of the video game sequences in Scott Pilgrim were well done, and true to the books. The rest of the movie might have been poorly cast, off-tone garbage, but the video game callbacks were at least decent.

And in this most recent season of Game of Thrones, which was by and large a reeking disaster, the Hardhome episode was SPECTACULAR.
B

When the Gimp emerged from the box, I sat back and realized that I was watching a film that will be seen for over 100 years.

Patrick Warburton is the best thing in the movie.

Though I love the whole thing honestly.
H

JimB said:
Superman catching the plane in Superman Returns. The movie itself isn't very exciting and doesn't have much to say except "Superman is lonely and having blood relatives is the only cure for that, apparently," but that scene is genius. It goes on so long because of the logistics of safely landing a falling plane, but it expects you to put those pieces together without holding your hand via narration or some shit; and Peta Wilson's frantic praying at the end of the scene completely nails what Superman is about: God won't save you, but if Superman can, he will.
Click to expand...

Hell yeah, I loved that bit. Personally I like Superman Returns. I found it to be a totally serviceable Superman film, despite everyone's rage about it. Certainly better than Man of Steel.

I also loved the scene where he's floating in low orbit, eyes closed, listening, deciding who to go out an help. And then he opens his eyes and goes racing down to the surface to save the day. So awesome.

This is probably cheating, but the intro to Apocalypse Now:


But I honestly think every single scene in that movie is a painting. It is absolutely fantastic, expertly shot and timelessly enthralling.

"Concentrate on my voice. Pretend it's an island, out on the ocean."

Man of Steel is fucking awful, but Diane Lane was wonderful.
P

Probably the Matthew Patel fight in Scott Pilgrim vs The World. In particular, when Matt jumps in to punch Scott, but instead of comically failing to block and getting hit anyway, Scott actually successfully blocks it and slams Matthew in the face. That was THE moment when I KNEW I was in for a great ride with the rest of the movie. Ramona, Stacey, and Wallace's reactions immediately afterward pretty much summed up my own. 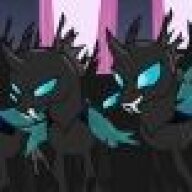 The use of "Witness Me" being turned against Immortan Joe when Furiosa rips his jaw off and later on when Nux says his last words before destroying Joe's Fleet
The Road Warrior:

The Tanker being filled with sand. It flipped the movie on its' side and even better, it wasn't sudden. They gave us hints about it throughout the film, and it actually gave the tribe a reason to trust some outsider. They were not trying to bring him to the promised land, they were finding some sucker to do the suicide run to give them a distraction. The more you watch the movie the more you pick up on hints like that.
Return of the Jedi:

The fight between Luke Vader and the Emperor. It was everything that we needed to close the film, and had everything I love about Star Wars in just a few scenes, well most everything.
Godzilla (2014)

I know I know, this wasn't the best Godzilla movie and the current mob mentality is set to hate, but oh my Godzilla this was a great ending fight. Godzilla versus the MUTO pair give us a legendary battle, and the reveal of Godzilla's Atomic Breath to kill the main MUTO is probably my number 1 or 2 best moment in the Godzilla franchise.
H

John Hurt in Contact. Though honestly I enjoy Contact all by itself, but John Fucking Hurt, he was so delightful in that movie. His portrayal of an eccentric mega-billionaire industrialist genius was just great. My favorite scene, for Jodi Foster's expression, the musical buildup, and John's performance.

*dramatic tension buildup music* "They still want an American to go doctor..." *said with an almost Hannibal Lector-esque level of wickedness in his voice, while floating in space* *Jodi's fact begins to widen in shock/surprise/hope at the statement* *Back to John, with a Cheshire Cat grin on his face* "Wanna take a riiiide?" *Big grin again*

God I love that scene. xD He was so fucking awesome in that movie, even when his character wasn't even onscreen, and was mentioned second hand.
D