Dear EA, how do you make games with boxing gloves on?

Anyway, that was actually pretty interesting.

It's okay, Yahtzee, it isn't just you. The new Twisted Metal really is incoherent in its tone. Carmageddon, on the other hand, started off with the pedestrians going something like, "Those of us who are about to die, we salute you!" Hilarious!

mariofan1000 said:
Dear EA, how do you make games with boxing gloves on?

Anyway, that was actually pretty interesting.
Click to expand...

They weight the gloves with sand, then punch developers until they agree to make dreck.

And that was good, if a little rambling; good tone is what turns entertainment into art, whatever the format. I can't figure out how to pronounce "Dedgyark", though.

As someone older than Yahtzee - by a whole half-decade, the horror! - I have one piece of wisdom for the masses: Maturity is a texture, not a number. I've been mistaken for 40 and 15 in the same week in different situations. In some ways I'm very mature and in some I'm still not out of high school, much to my embarrassment. The trick is to try improve the spots where being 15 is a bad thing.

And yeah, the biggest market for over-the-top gory not-for-kids stuff will always be kids. It's the draw of the forbidden overcoming any desire for quality.


Thunderous Cacophony said:
I can't figure out how to pronounce "Dedgyark", though.
Click to expand...

It's that thing indigenous Australians play, isn't it?

They already have a term that combines dark and edgy, they call it grimdark, its opposite is noblebright.

Why do you link to wiktionary for 'eff and blind'? Half your audience will get what you mean, the other half will work it out by inference, and any stragglers are grown up enough to use google themselves, aren't they?

As for the rest of the article, I remember being twelve and thinking Conker's Bad Fur Day was hilarious because 'it's like Mario but they say "shit"', and... and actually I still think it's pretty funny.

But I think there's certainly a tendency for games (and films, and novels) who want to *appear* to be grown up, to throw in some swearing, violence and sex and think that's all there is to it, when of course true maturity is in the handling of the issues, not just their presence. Adults can make that distinction, but kids aren't often quite so discerning. The irony is, of course, that the attempts to be 'mature' drive away adults, and attract more kids. **cough**MW3**cough**

When I was a kid, I wanted desperately to be a grown-up so that I could eat candy for dinner if I so chose. Now, as an adult, I've tried it a few times. Not only did it raise my dental premiums, it just wasn't very good. Knowledge destroys magic, and now that I know what eating candy for dinner is like, the magic is gone.

I think a big issue is that we (as grown-up gamers) are unclear about who developers are making these games for. Are they making them for grown-up gamers, actually trying to create mature titles? Or are they creating that pseudo-mature crap that sells to teenagers and young college kids with disposable income? (Or are they trying to please both?)

When we were teens, we were their target audience... so we really want to believe we still are, I think. But there's a generation coming in behind us that grew up neck-deep in gaming, where we were maybe only waist-deep. We may have aged out of the target demographic for a lot of this stuff... and neither we nor the developers have realized it.

Or maybe too many developers are making games for their "teenage selves." The games they swore they'd make back when they decided in middle school they were going to make video games.

Either way, it seems no one is really clear on what the target age group for a lot of these games is anymore. Thus the wildly inconsistent tone.

EvilPicnic said:
Why do you link to wiktionary for 'eff and blind'? Half your audience will get what you mean, the other half will work it out by inference, and any stragglers are grown up enough to use google themselves, aren't they?
Click to expand...

I haven't played the new Twisted Metal, but I completely get what Yahtzee is talking about here: I like to call the kind that enjoys itself "dark and edgy," and the kind that he's complaining about "dark and depressing," but it's ultimately the same thing. This is why I absolutely couldn't stand the new Battlestar Galactica, but love the similarly death and darkness filled Zeta Gundam; the former is dark and depressing, the latter is dark and edgy. The former is terrible people doing terrible things and hating themselves. The latter is good people doing terrible things for a good cause, and never losing sight of what that cause is. It's an important distinction. 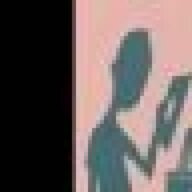 Don't worry Yahtzee, it's only a phase. I turned thirty last year and I'm reading Bukowski now laughing out loud.

You kind of accept the darkness in yourself and everyone. Though I can't imagine your video's any bleaker

Consistency of tone seems to be the main sticking point in this article, and it makes sense. Shifting between two different tones is doable, but difficult, and when it's handled with clumsy, jarringly sudden pacing, it frequently doesn't go over well. While it's true unexpected tragedies come without warning, when you base something, be it a game, comic, tv show or movie, on over-the-top wackiness then suddenly hurl in a dead-serious crisis, it's offsetting. The tone of comedy has to be more subtle to allow for swaps in tone because when it's too overt, the characters usually aren't well designed for showing depth of personality. Suppose they made another Ace Ventura movie and then mid-way through it Ace was confronted by a person who was traumatized by the fact their mother died in an animal attack while camping because she accidentally startled a mother bear with her cubs. Ace trying to handle such a difficult situation with sensitivity and tact would seem jarringly out of place for the man who routinely talks out his butt cheeks.

say it out loud 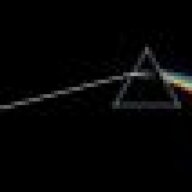 Thunderous Cacophony said:
I can't figure out how to pronounce "Dedgyark", though.
Click to expand...

OT: I don't think being an old, 29-year-old man has everything to do with it. I'm 13, and I sold my God of War games a few years ago because I just couldn't play them anymore, I got queezy. I wanted to play them, they're fun, and I like them, but, dammit, ultra-gore is rarely possible for me to stomach anymore. Emphesis on "rarely" of course, since A Clockwork Orange is my favorite movie, and it was about a rapist having fantasies of ultraviolence in the first half, and said rapist not being able to have fantasies of ultraviolence in the second half. However, in God of War's case, it was really pointless. It wasn't goofy, like in Mortal Kombat, it wasn't used to build an atmosphere, like in horror games, it was just kind of there. Well, I digress. 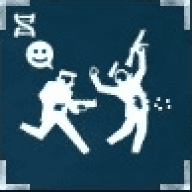 Well, it is what's selling at the moment. Hell JRPG's golden years was exactly when it focused on dark fantasy and none of this teenage hero fantasy with a sprinkle of sexualized teenage girls who will blue ball you harder than a downtown lap dance. 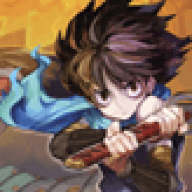 Hmm. A game that is humorous and not grimdark/Degdyark. Violent, but fun... I think you should try Tales from Space: Mutant Blob Attacks. Sure, you eat (many) people in it, but it's all done in a humorous way. One of the most fantastic $8 games I've ever played. I couldn't stop playing until I finished the whole thing.
D