Which Reveal Trailer was better? Cyberpunk 2077 or Deus Ex HR?

So which trailer you think is better reveal trailer of games set in similar setitng?

imo its easily no doubt Deus Ex Human Revolution. Deus Ex HR trailer still make me just damn!! 8 years passed and no one has ever manage to make better trailer than that. tell amazing story, show one of the best protagonist ever, how he fighting chaos and conspiracy etc

on other hand cyberpunk which is now mainstream media most hype game and claiming it best game ever seen. trailer didnot did justice. doesnot show any story elements or main protagonist (since he is customizable and i hate customizable characters)

so friends which is better reveal trailer?

Cyberpunk 2077 looks more immediately appealing. There's something to be said about the vibrant locales that ooze corruption and opportunity.

Plus, I can play as a female.

Rip Van Rabbit said:
Plus, I can play as a female.
Click to expand...

while Adam Jensen is cool and badass and one of the best protagonist ever.
E

Rip Van Rabbit said:
Plus, I can play as a female.
Click to expand...

while Adam Jensen is cool and badass and one of the best protagonist ever.
Click to expand...

Name five qualities that Adam Jensen has that can't be applied to fifty different other video game protagonists.

Note I said qualities, not possessions, so don't go listing off his cybernetics.

Though Cyberpunk trailer is pretty great too. It kinda reignited my interest in this property.

That's not a problem, since
a)doesn't have to, you got the game itself for telling you a story
b)there will be more trailers coming
c)it presented some worldbuilding instead 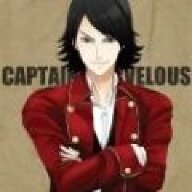 Cyberpunk 2077's trailer is better. While I do like Deus Ex HR's trailer, the Cyberpunk shows off a vibrant world that I want to explore. Deus Ex, on the other hand, has a dull looking world. It isn't nearly as vibrant and it's kinda dark. The Cyberpunk trailer just has more personality.

Based on only the trailers I like the tone of Deus Ex HR more, but am more intrigued by what Cyberpunk 2077 will entail.

I think they both very effectively communicate their intentions to the audience and as bog standard protagonists go, Adam Jensen is at least a charming one with a good supporting cast in Malik and Pritchard.

erttheking said:
Name five qualities that Adam Jensen has that can't be applied to fifty different other video game protagonists.

Note I said qualities, not possessions, so don't go listing off his cybernetics.
Click to expand...

erttheking said:
Name five qualities that Adam Jensen has that can't be applied to fifty different other video game protagonists.

Note I said qualities, not possessions, so don't go listing off his cybernetics.
Click to expand...

is treading lightly one of his qualities
Click to expand...

I think its one of his augs actually.

erttheking said:
Name five qualities that Adam Jensen has that can't be applied to fifty different other video game protagonists.
Click to expand...

1. He didn't ask for this.
2. He is "one step ahead" of the genetic curve.
3. Winners don't do drugs. Adam doesn't do Neuropozyne. Adam is a winner.
4. When Barry White heard Adam's voice, he was like "WTF?"
5. Adam can put vending machines into an elevator [https://steamcommunity.com/sharedfiles/filedetails/?id=28501329]. He also has the ability to turn everyone into Jesus [https://steamcommunity.com/sharedfiles/filedetails/?id=28501315].

B-Cell said:
so friends which is better reveal trailer?
Click to expand...

The truth is both of them had the same effect on me; I had to change underwear both times.

The original DE was a genre-defining, greatest of all time tier game and HR managed to make a prequel that managed to do it justice. It captured the tone, the world, the conspiratorial plot, the cyberpunk feel, managed to be the right amount of high-tech without superseding the nano-tech of JC Denton's time. The augments were standard but fun, as were the weapons, cool maps, characters and I love how they managed to make Jensen pivotal to all of the main plot and the world at large. I didn't care for the story/setting of Mankind Divided. The racism thing was trite and uninteresting and while they did tie it into the plot, I felt it was hamfisted. I loved Prague tho and the gameplay and characters were still cool. The world was so great to explore. I hope there'll be more, but it's not looking like it right now; like Mass Effect and Prince of Persia, it joins the franchises that are "on hiatus".

Cyberpunk 2077 is something else. Knowing CDPR, this will be a world on a different scale than we've seen before. Many open worlds are big, but they're also shallow and lack meaningful content. Repetitive gameplay is padding, nothing more. 2077 in my educated guess will have as much or more unique story and gameplay as TW3 did and hopefully the RP choices to shape the game world as we play. For example NPCs who live or die, companies/corps we sided with or against, how much cyberware, all these things I hope will shape our experience of the story, our interactions with different characters and crucially the character we choose to play.