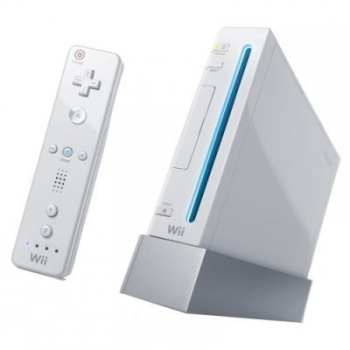 Nasty reports are beginning to surface that the latest Wii update, which was intended primarily to remove "homebrew" content, is actually destroying some consoles.

Both technical support forum [http://www.neogaf.com/forum/showthread.php?t=291277&page=94] are being hit with reports from people whose Wii consoles have frozen during the download of the 4.2 update and will not reboot when they're unplugged and restarted. It was originally suspected that only consoles with the Homebrew Channel installed were being damaged but it now appears to be a random issue, as some "non-HBC" Wii owners are claiming that their systems have been "bricked" as well.

The problem appears to lie with the "boot2" program [http://www.neogaf.com/forum/announcement.php?f=2&a=38], which the Wii requires to start up properly. Changes to that program as a result of the update leave it prone to write errors which can cause the console to refuse to boot, regardless of whether or not it has ever been modified. The risk is only present during the update process, however; once the update is complete, there is no risk of your system coming to harm.

Nintendo [http://www.nintendo.com] has remained silent on the matter thus far and some users with out-of-warranty systems have reportedly been told they'll have to cover the cost of repairs themselves, although that stance could presumably change if this grows into a "Red Ring of Death" style problem. In the meantime, until the matter is settled once and for all, it's probably best to just avoid this update altogether.

It's a good thing two things are true then.

1. I didn't bring my Wii to college, and
2. Other than a wired connection, my internet sucks at home.

Perfect. The red ring, the yellow light of death, trojans, and now this.
Technology is slowly going down the crapper.

They update that thing?

This basically confirms what we all know already: QA is wishful thinking as far as gaming industry is concerned. Suddenly, the fact that Microsoft requires weeks of testing for any patch or update to any GFWL games doesn't sound so bad. Nintendo has remained silent because it's the best option they have. Confirming the problem will likely mean they have to replace a lot of consoles. Denying would mean the same thing plus more bad publicity if it gets confirmed further. Keeping quiet and seeing how it plays out is their safest bet...

On a related note, what's Homebrew Channel? I'm guessing it has somethig to do with user-made content...

Maybe they'll change their tune if someone sues them.

Surely there's a solid argument that if a console maker's update ruins your console they should replace it warranty or not because they bricked it and wear has nothing to do with that.

If a garage broke my car or cycle shop damaged my bike they'd be obliged to make good without charge, so there's precedent.
There could also be a slightly more subversive argument that these updates are deilberately released with bricking flaws in the to drive sales of consoles out of warranty, of course no company would willingly put something on the market that they kne wdidn't work right, right?
A

Yes they update it. Sheesh.
Seeing how I don't have Homebrew, My hasn't crashed.

Jandau said:
On a related note, what's Homebrew Channel? I'm guessing it has somethig to do with user-made content...
Click to expand...

Homebrew's user made content not sanctioned by Nintendo. It's extremely common on the DS and fairly common on Wii.

~Nintendo hate it naturally, the official line is that it's piracy or encourages piracy, which is only partialy true as a lot of homebrew is original material. I think the reality is that lots of excellent pieces of software come out of homebrew and Nintendo do not like that they cannot control or charge for it.
There's a bit on the PSP as well, but over there it is more pirated games than clever programs.

Haha. Man, this just completes the trifectate of crap that's spread over all the consoles. Really, can't anyone get any updates right?
0

mmmmmmm I think I updated to 4.2......... If I did didn't crash on me. Although there have been times where I'm playing World at War on it and the screen totally freezes and never fixes. So I have to rip the plug on the sucka and start all over. kinda annoying, but happens rarely for me ^_^

Magnatek said:
It's a good thing two things are true then.

1. I didn't bring my Wii to college, and
2. Other than a wired connection, my internet sucks at home.
Click to expand...

Both of these are also true for me. Who needs to bring a Wii to college when the DS works just as well?

...as well as the fact my mother wouldn't give up the Wii. Her and her Animal Crossing addiction...

I downloaded the update when my Wii blued at me. It updated. Nothing happened. My Wii is fine. 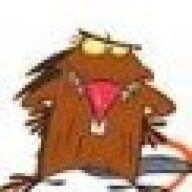 Good thing my internet is out at the moment.
my wii is safe!

I updated, but my Wii seems fine.

Third-ed. Never knew it had updates, what really is there to update....
Click to expand...

Well let's see there was the USB peripheral support, the Free Wiinternet Channel update, the update that allows us to save data to SD cards, tons of stuff really. Anytime there's an update to the firmware or something along those lines.
Show hidden low quality content
You must log in or register to reply here.
Share:
Facebook Twitter Reddit Pinterest Tumblr WhatsApp Email Link
Top Bottom