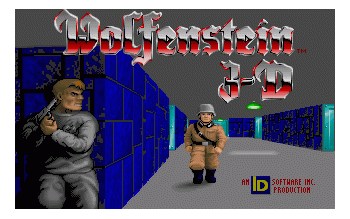 20 years after the release of Wolfenstein 3D, you can now play the game in your browser.

Okay, given that Quake Live [http://www.quakelive.com/#!home] is pretty much a flawless browser-based shooter experience, making the ancient Wolfenstein 3D do the same thing may not seem like the most jaw-dropping technical accomplishment of all time. And it actually doesn't appear to run as well as the online version of the far newer Quake 3: Arena, but so what? This is history, kids.

It's been 20 years since id Software effectively launched the FPS genre with the release of Wolfenstein 3D, a shareware game inspired by the top-down 80s classic Castle Wolfenstein. It was fast-paced, violent and bloody, and set the stage for world-changing games like Doom and Duke Nukem 3D. It also put id on the cusp of the fame and fortune it would ultimately earn as the leading pioneer of the genre.

The mark the anniversary, id Software co-founder John Carmack has recorded a lengthy and very interesting commentary on the game and the evolution of the FPS genre as a whole. Bethesda is also making the Mecha Hitler awaits [http://itunes.apple.com/us/app/wolfenstein-3d-classic-platinum/id309470478?mt=8]!

Just picked up the Wolf Pack off Steam for 4 bucks...in honor of this occasion...

A classic. Doom remains my favourite, but Wolfenstein 3D was the first FPS I ever played.

It's amazing to play it again and reflect on how far the genre would progress within just a year with DOOM.

It's also amazing to realise it's still fun.

Andy Chalk said:
the keyboard-only controls might seem a bit weird to all you kids raised on mice and controllers
Click to expand...

Bah. Kids these days. When the game first came out, we played it with the keyboard, and that's the way we liked it...mostly because we didn't know any better back then. It was great at the time, though.

Mr Chalk you keep making me feel really old, stop it. Can't believe it's twenty years, I can remember having this on floppy disc. 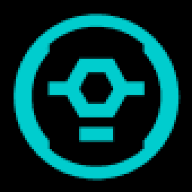 Sixcess said:
A classic. Doom remains my favourite, but Wolfenstein 3D was the first FPS I ever played.
Click to expand...

Same here. It was on a 286 or a low-end 386, I think. Was a slideshow. Until I found out that ONE PC in the school computer lab was a better-clocked 386 and I started quietly monopolizing that one!


Sixcess said:
It's amazing to play it again and reflect on how far the genre would progress within just a year with DOOM.

It's also amazing to realise it's still fun.
Click to expand...

Doom? Still fun? Oooh, yeah. I know a guy who's yet to stop playing it almost daily! And if he's too used to a level set, he's got about three different patches handy to replace the monsters with STRAIN [http://doom.wikia.com/wiki/STRAIN] monsters I made for him. Makes the levels play completely different. Especially when different things fly! 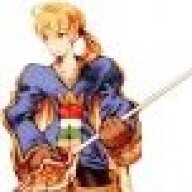 CHECK ALL THE WALLS (if you know what I mean)

OT: Wow! I really miss those nights spent with my cousins trying to beat this.

Funny how the title screen almost implies it's a 3rd person cover based stealth game when viewed from the perspective of today. So many memories and, given the content, so many questions about why my cool computer skills teacher actually let us play this in class.


mateushac said:
CHECK ALL THE WALLS (if you know what I mean)

OT: Wow! I really miss those nights spent with my cousins trying to beat this.
Click to expand...

Yeah. I can remember the hours (and hours) I spent face hugging walls while repeatedly hammering the use button just to find all of the secrets. A convention that kind of sucked when I think about it now but I still find myself missing in shooters of today.

And MIL. Oh thank you for existing MIL.

A Happy 20th Anniversary to the First-Person Shooter genre!

I was wanting to make a 20th Anniversary picture on DeviantART for this, but, I kind of forgot. Oh, well... Hopefully, I can remember one for Doom, next year. 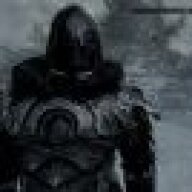 I wonder when Catacomb 3D's anniversery was.
I

MrBrightside919 said:
Just picked up the Wolf Pack off Steam for 4 bucks...in honor of this occasion...

*immediately downloads the game for my phone*

I love you, Carmack.

MrBrightside919 said:
Just picked up the Wolf Pack off Steam for 4 bucks...in honor of this occasion...

ah, the good old days. i think i should buy wolfenstein 3d on steam. i already own RtCW. shame that it doesnt work well. always crashes when you finish a level and that the intro stays black but i hear the sounds only.
have to try 3D though. this should work at least but for some reason, steam tells me: sorry, we cant add your item".... WTF??
tried the online version. sounds always so funny when they yell out "mein leben". and since i know german anyway, no problem for me to understand it. not bad for that time

It makes me sad that I was not born 10 or so years earlier.
So now I have a list of games I never had the chance to play and I'm slowly ticking of each off them.
This was on that list. Was being the operative word because I ****ing love this game.
I thank this game and all its creators for coming into existence.

Has it been twenty years already? Dang, time sure does fly. I feel so *old*.
I can still hear my Mom complaining about my Dad letting us play this because it was "too gory". Seems kinda tame now, doesn't it?
Oh, wait... It's free on iOS? Wow! Awesome! (I can't find my floppies anymore)
Mr. Carmack is a genius, I could listen to him for hours, he's absolutely awesome. I think him and every member of iD for all their work over the years, it's been milestone after milestone in my gaming life.