The more that things change, the more the Nazis stay the same.

Welcome, one and all, to the first real look at Wolfenstein: The New Order, MachineGame's contribution to the franchise that's been kicking around since 1981 - although in its current form only since id Software worked its magic in 1992. However you want to look at it, it's back again, and while a lot has changed in the past 20 (or 30) years, it seems pretty clear that one thing hasn't: them dirty, rotten Nazis!

The usual Nazi cannon fodder goons are a little more tarted-up than usual in their Uniforms of the Future, but such is the nature of videogames that they wouldn't be out of place even in the 12-year-old reboot Return to Castle Wolfenstein [http://www.amazon.com/Return-To-Castle-Wolfenstein-pc/dp/B0007ZCZGA/ref=sr_1_2?ie=UTF8&qid=1368546279&sr=8-2&keywords=Return+to+Castle+Wolfenstein]. The Death-robots appear to be fairly standard murder machines, although the one with the glowing red eye looks so disturbingly similar to Legion that I might actually feel a twinge of guilt about blowing it up; that likely won't be a problem if and when I put a couple into Ilsa, which probably doesn't speak terribly highly of my character.

It all looks like very standard alternate-future stuff, fun but forgettable; the most intriguing thing about it, in my ever-so-humble opinion, is the poster that states "Nächster Halt: MARS!" which translates into, "Next stop: MARS!" Could BJ find himself traveling to the red planet to do battle with Martian Nazis? Now that would be cool.

"There's nothing worse than Nazis."
"Yeah there is."
"What?"
"Future Space Nazis on Mars." - some stuff I just made up

I'm not a big fan of the whole Second World War trope but this could be interesting.

Legions eye was blue and one of those robots looks like an Xenomorph. Just sayin'.

The Nazis are going to space?

Someone better have brought up the idea to tie this into Doom 4. Nobody would go for it, but still.

Phlakes said:
The Nazis are going to space?
Click to expand...

They were always in spaaacccee!

As long as the demons come back, hopefully as a third faction. Nothing has been quite as cool as Nazis vs undead knights vs BJ and a scientist in a tank since.
S

"The world is sick but we are the doctors".

I am seriously sold on this game just with giant robots alone. 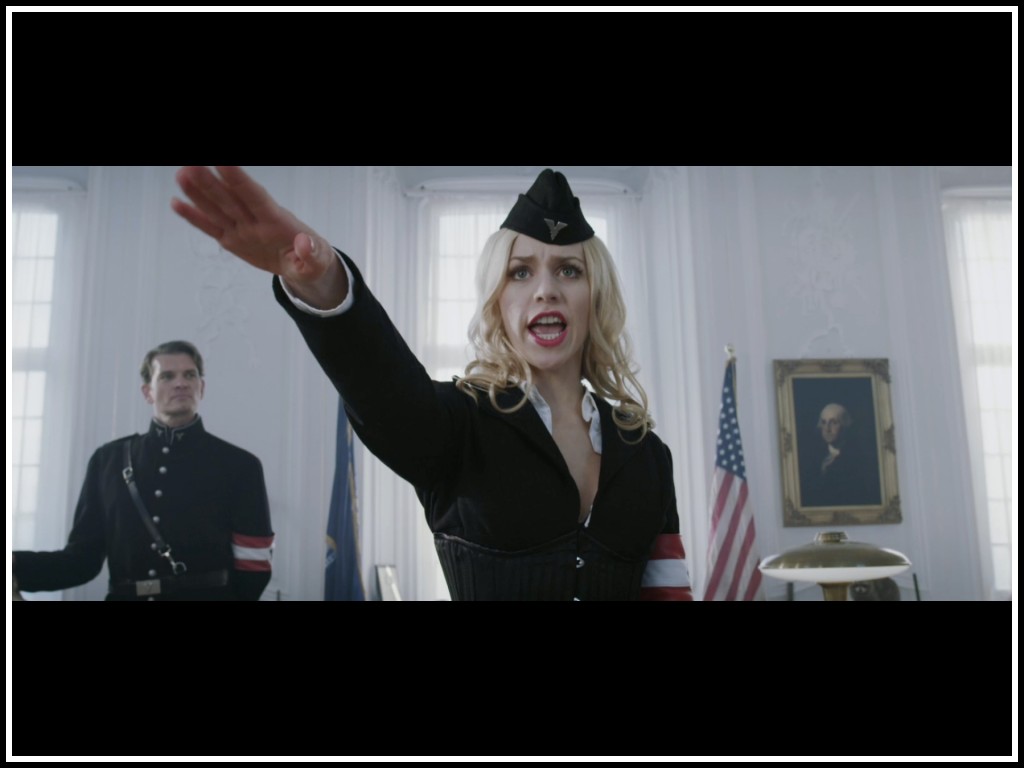 Also the robots should either have Dave's voice or the voice of the REGIS MK 5 from MEGAS XLR.

I want this game.

Last wolfenstein game i played was the original Return to castle wolfenstein, so yea been a while. Didnt even finish it.