solemnwar said:
Fuck am I ever glad I'm Canadian. None of that shit here, especially since our Thanksgiving is in October. You know, a reasonable length of time away from Christmas x:

Although it doesn't stop some companies up here trying to do the whole black friday thing... (fffuuuu-).
Click to expand...

Nor does it stop people there from randomly springing leaks, apparently.

At any rate, I often flirt with the concept of moving to Canada to escape the batshit insanity of the United States. Other than the apparent random air discharge victims, it seems a pleasant place to live.
J

So, pepper spray, people getting trampled to death, general displays of massive obsession with rampant consumerism.
This is why I've never been a big fan of America.
Well, that and the ban on pot, but my point still stands.

Being Swedish, I've no idea what this is, but I'm already happy we don't have it here. 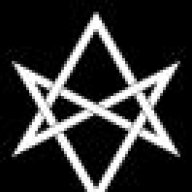 Can't blame her. If I had to wait till now to play Skyrim, I'd pepper spray every fucker that got near the copy that GOD PUT THERE FOR ME TO BUY!

On a more serious note, this is why you use Newegg.

That would imply that it get smarter the larger it is.

Anyways, this is just completely stupid. So amazingly stupid it makes me ashamed to be part of a nation that has this happen.
WHAT THE HELL, PEOPLE?!
Click to expand...

ah yes....i forgot which was which...but yea, i see what you mean, most people are just plain stupid when together in a crowd
T

And this is why we should all be glad there aren't MORE gamer girls out there. Turns out that videogames make people crazy.

^That made this article for me.

OT: In all honesty, ive never gone out for Black Friday. Its like national Cesspool day.

What is Black Friday...

I had the completely wrong image when i first clicked the link....

Competitive Shopping is simply how the term is said in the US, it's a form of slang/a label which is why proper english is not being used. The Fire Captain was conveying what he intended to say correctly.

As far as the situation itself goes, as some articles linked to this thread will point out Black Friday is a major economic event, at least in the US, and has even gotten presidential attention for that reason. That said, I think that rather than pointing fingers at a lot of the crazy shoppers, retailers need to be held more responsible for these occurances, to be entirely blunt these great deals, in limited numbers (if they even have any of the item at that price at all... they do lie), and promoted this way oftentimes seem like an intent to incite a riot... I mean even the term "Doorbuster Sales" makes it quite clear that these guys know EXACTLY what they are trying to set up psychologically. Intentionally driving crowds into a frezy, no matter what the reason, and then not having the security to deal with it should be bloody illegal, or more specifically enforced more vigorously. Law suits are one thing, but what we need here are criminal charges being brough up against some of the major organizaers.

The lady cutting loose with the pepper spray is actually a fairly tame example, while she's definatly responsible, the bottom line is that she was doing this because she saw the huge deals in limited quantity, has limited funds, and probably had a good portion of her christmas plans for her kids relying on being able to get those items before someone else. That doesn't justify it, but you also have to look at who set up this situation, and why a company like Wal*Mart can knowingly cut prices on limited inventory like that... predict how people are going to react due to timing and previous experience, and then not be prepared to control the crowds and keep people organized.
W

arrr capitalism at its best. I bet the guys owning the store thought that was a nice successful day...on the other hand hell for those running the store.

Let me guess same time boxing day? or is that just a British thing, its all buy buy buy ien't it.

I am reminded of the phrase a person is smart, people are stupid...or something along those lines or something that roughly translates to that.

At least no-one got sworded.

Really tho, she attacks people with pepper spray and expects to just pick up a box and walk off to pay, no worries?

They're pushing black friday in the UK, with discounts of 'UP TO 30% on selected items!'

It's not really trying is it, compared to the US.

I'm not going to criticise the US, or the police in general, as it's so easily done, but the officers in particular. Damn, guys, you have a pensioner, there's two of you, was it entirely necessary to beat him in front of his grandson?

We're often berated for being too weak in the UK, but over here, he'd have been called aside, listened too, then the kid would have been found and bought with him, then they'd have privately discussed this in a staff office out back, then made a decision based on him, the store manager and the officers.

Not just pummel him into a bloody mess then go 'but he resisted arrest'. There's degrees when you deal with the public, and these two need to remember they're supposed to be working for the public, to protect them. Every time shit like this happens, they're turning more people against them.

I'm actually pro police, despite having a few negative encounters, as generally they've been firm but fair and entirely polite when dealing with me.

If you bothered to read this far, a top tip, BEST BUY is closing all its UK stores, so keep an eye out for bargains at the start of December Last stores in the UK close mid Jan.

...What was that about video games promoting violence?


Scarim Coral said:
Honestly they should just end the whole black Friday thing since I pretty sure the death of a shop worker from last year is not worth all of this.
Click to expand... 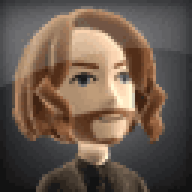 Well, I took advantage of Black Friday with the sales on items on the App Store. Didn't have to leave the house.

Black friday sounds rather evil to my ears. After checking Black Friday refers to numerous terrible events or any Friday 13th.

I'd hate to be an Iranian reading about America's Black Friday when to them the name refers to a massacre of protesters in 1978.

Having said that I think the day after Christmas (boxing day) may be our day of cheap stuff here in the UK. Boxing day sounds less ominous aswell.

And now on november 26th, I go and pick the remnants and continuing sales. Like a capitalist vulture picking at the last remaining pieces of meat on the corpse of the shopping industry.

How much ya bet one of the games she was trying to get was Modern Warfare 3?

I didn't think it got more intelligent when the mob increased in size..

TimeLord said:
My point was that if there had been a danger and someone was trampled to death then I'm sure there would have been comments saying something like "Next time use pepper spray to defend yourself when hunting for bargains"
Click to expand...

Personally? No. Because I'm of the opinion that using chemical weapons (Article I.5 of the Chemical Weapons Convention) on your fellow citizens is never a good thing to do.

A better idea would be "People stop being such colossal shits to each other when buying materialistic crap." I buy stuff too, obviously, but I'm not about to go trampling on people, fighting people, or pepper spraying people for it.
Show hidden low quality content
You must log in or register to reply here.
Share:
Facebook Twitter Reddit Pinterest Tumblr WhatsApp Email Link
Top Bottom