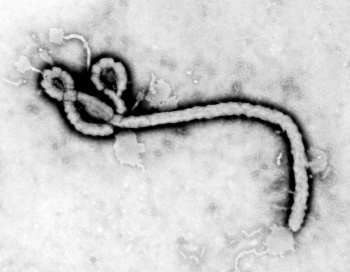 According to the W.H.O., the latest Ebola virus outbreak was "caused by the most lethal strain in the family of Ebola viruses."

In what could be a worrying statement, the World Health Organization (WHO) said that the latest Ebola virus outbreak around the world is moving faster than it can be stopped, with a potential for the virus to have a "high risk" of spreading. Speaking to leaders of the three most affected countries (Guinea, Liberia and Sierra Leone) in Guinea's capital Conarky, Dr. Margaret Chan, W.H.O. director general made the following assessment:

"This is an unprecedented outbreak accompanied by unprecedented challenges. And these challenges are extraordinary...This outbreak is moving faster than our efforts to control it. If the situation continues to deteriorate, the consequences can be catastrophic in terms of lost lives but also severe socioeconomic disruption and a high risk of spread to other countries."

According to W.H.O numbers, the outbreak has caused 729 deaths and has left over 1,300 people with confirmed or suspected infections. Chan mentions that the outbreak was "caused by the most lethal strain in the family of Ebola viruses," and that the virus seemed to be spreading in ways never seen before. "It is taking place in areas with fluid population movements over porous borders, and it has demonstrated its ability to spread via air travel," Chan adds. Not helping matters to curb the virus has been what Chan calls a lack of public awareness, which she calls "invisible" chains of transmission. One example of this is people who choose not to go in isolation wards and seek professional medical aid in favor of receiving care at home from family members, which the disease can be transmitted to.

Even with this bad news, Chan reminds people that Ebola is "not an airborne virus. Transmission requires close contact with the bodily fluids of an infected person, also after death. Apart from this specific situation, the general public is not at high risk of infection by the Ebola virus." And while there's still no vaccine or curative therapy for the virus, Chan notes that it can be contained. "Bedrocks of outbreak containment include early detection and isolation of cases, contact tracing and monitoring of contacts, and rigorous procedures for infection control."

The Ebola virus was first identified in 1976, and has an alarming mortality rate of up to 90 percent among those infected. Symptoms for the virus include fever, muscle pain, and a headache, before it worsens to vomiting, diarrhea, internal and external bleeding, which will then lead to death.

While Chan's statement is a little worrying -- especially for those in affected countries, it's important to note that the virus can be contained. Just remember: Don't worry about airborne germs, but close contact with bodily fluids of an infected person are what you need to keep an eye out for.

And America brings back 2 ppl to treat them. Not to be a dick but thats a pretty dam high risk.

AstaresPanda said:
And America brings back 2 ppl to treat them. Not to be a dick but thats a pretty dam high risk.
Click to expand...

Not really. Two people can be easily managed. The risk factor comes down almost entirely to competence of the people that are treating them. As long as they do everything by the book, and they don't have a reason not to, it will be fine.

Outbreak around the world? Um...stretching things a bit there.

Also, the most lethal strain might not actually be the worst, less chance of people to spread it around before dying.

Worrying that I just went down with symptoms very close to those... Then again, I've recovered at this point, so I doubt that was it. (It was the worst that I've been ill for a long while though.)

On a more serious note, I do hope WHO catches up with this. An epidemic with a 90% mortality is the LAST thing we need.

The_Darkness said:
Worrying that I just went down with symptoms very close to those... Then again, I've recovered at this point, so I doubt that was it. (It was the worst that I've been ill for a long while though.)

On a more serious note, I do hope WHO catches up with this. An epidemic with a 90% mortality is the LAST thing we need.
Click to expand...

An epidemic with a 100% mortality is the last thing we need. But at 90% this comes close

The_Darkness said:
Worrying that I just went down with symptoms very close to those... Then again, I've recovered at this point, so I doubt that was it. (It was the worst that I've been ill for a long while though.)

On a more serious note, I do hope WHO catches up with this. An epidemic with a 90% mortality is the LAST thing we need.
Click to expand...

An epidemic with a 100% mortality is the last thing we need. But at 90% this comes close
Click to expand...

Yeah, but we've already got THAT one. That's the one with such a high mortality rate that they just called it 'mortality'.

Sure, and eventually, when humanity is nearly wiped out and fragmented, sentient apes will take over the planet.

So enhance your calm.

What they are not emphasising is the fact that while its still not an "airborne" virus it can be spread by aerosol transmission, thats still considered to be "direct contact" but its worse than only being able to catch it by handling a patient or their bodily fluids.

That is going to cost lives, its as simple as that even if they are only doing it to avoid panic.

Before everyone freaks out (a bit late but eh), the only way you can contract this is if you decide to come into direct contact with the person's bodily fluids. So yeah, chill. You're fine. Unless you do plan on doing that in which case I'd advice against it.

Depends where you live. If you're outside the affected nations, probably like 3 or 4. And if you're in a first-world nation, then 1 or 2. The virus isn't airborne, and can only be passed through close bodily contact with the the infected's bodily fluids. So, really, you're fine.

It is likely to horribly kill lots of people in parts of Africa where people are being killed horribly in much greater numbers by other things already.

If the same number of people were being, say, hacked to death, it'd probably not make the news.

It's an awful thing at the bottom of a very long list of horrible things. 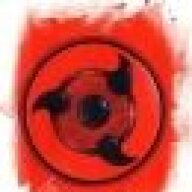 Tbh im not worried in no offence to Africa there health care is not the best and plus certain people there still believe in old healing like herbs ect . Plus they still do old fashioned burials of people who had the illness best course of stopping this is educating the people first .

This strain would appear to be less lethal than typical; I read a few sources claiming a 60% mortality rate. This would make it more dangerous overall, though, as it helps the disease spread- if everyone who gets it dies, it won't spread very far, will it? 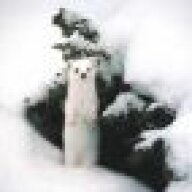 You shouldn't be too worried about this unless you live in one of the affected places, and even then you only need to be moderately aware of your surrounding to avoid coming into contact with infected people. Giving you a very good chance of not getting it anyway. One of the best things we can do to stop the spread of the virus is to educate people about it.

The thing with Ebola is that it limits it's own spread naturally. Outbreaks burn them selves out before they have a chance to spread too far. The virus is found in remote villages close to rain forests, where it's thought to be contracted from contact with the blood or organs of infected animals. Typically individuals are infected by handling raw bush meat.

With the advent of modern air travel and the relative ease with which people can travel greater distances these days increase the chances that the virus could turn into a pandemic are increased, it's not actually that much of an increase as you may expect. Yes the chances of the virus 'getting out' is increased but only by a very small amount. The people doing the international traveling required to spread the virus across the globe are on the whole health workers and doctors. They are the people most aware of the containment protocols and infection control procedures. So in short the people who are most likely to be the ones who could spread the virus the are the same people who are most aware of it and are actively looking for it.

The story also mentions that there is currently no vaccine for Ebola which sounds a bit odd but in reality we could have a vaccine for Ebola quite easily by now. The sad part is that no one has really bothered to make one because it's not profitable. Too few infections, so too little incentive to invest the millions it takes to develop a new drug/vaccine, but hopefully that attitude might change now.

TLR Remember what the guide says, Don't Panic! about Ebola causing the apocalypse anyway, it's the Flue virus that you should be terrified of.
K