//cdn.themis-media.com/media/global/images/library/deriv/1384/1384217.jpgA well-known World of Tanks streamer has passed away during a 24-hour charity marathon stream.

Charity marathon streams happen all the time. But a charity stream over the weekend turned tragic, as World of Tanks streamer Brian "Poshybrid" Vigneault passed away after 22 hours online.

Vigneault was known to drink and smoke regularly on the stream, and on February 19, he was 22 hours into a charity stream to raise money for the Make-a-Wish Foundation. According to a mod posting in his Twitch channel, "Around 3:30AM CST Poshy said he was going for smokes and left the stream running, He never returned." When he did not come back to the stream, most viewers assumed that he had fallen asleep.

The next day, a friend saw him online in Discord and messaged him, only to have a Virginia Beach detective respond instead. The Virginia Beach police confirmed to PvPLive [https://pvplive.net/c/twitch-streamer-dies-during-24-hour-charity-live-s] that they were investigating Vigneault's death, and that the cause of death was currently unknown. Vigneault was a 35-year-old father of three.

While marathon charity streams are something that happen regularly, here's hoping that the streamers involved will keep their personal health in mind, solicit help as needed, and take the time off they need to keep themselves healthy.

This is extremely sad. Condolences to his family. I hope people don't blame marathon streaming for this.

I blame marathon streaming for this. We have laws for how long people are allowed to work for reasons, and one of those reasons is that it's unhealthy. Most people aren't just going to up and die like that, but it's not good for anyone. 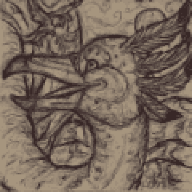 Very sad, my condolences to his love ones. I wonder if this is going to change how streamers do charity events.

I blame marathon streaming for this. We have laws for how long people are allowed to work for reasons, and one of those reasons is that it's unhealthy. Most people aren't just going to up and die like that, but it's not good for anyone.
Click to expand...

Problem with that is marathon streaming is super common. Like super, super common. And done so by pretty big charities in rented convention centres. So you'd be hard pressed to find evidence of a massive swath of marathon deaths due to streaming for long hours. Most streamers take hour long naps and other streams with multiple people play games in shifts.

We don't know if this gentleman had a previously undiagnosed health condition.

What streaming sites can do is have a notification telling the streamer to either take a nap/get something to eat during such streams, but I'm not going to peg marathon streaming as the majority factor in this man's death. I will say the fact that he was in a sedimentary lifestyle and appeared to be a decently heavy smoker did not skew things in his favour.