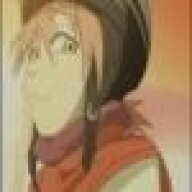 The silenced 22. pistol from New Vegas. At least in the hands of an NPC it's completely worthless.

In the quest in the casino with the cannibals with the creepy masks an assassin came after me with one. He must have unloaded a couple hundred rounds whilst I slowly beat him to death with my bare hands.Also had an unarmed of 13 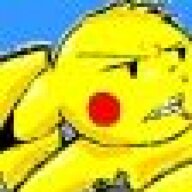 Well I guess that'd be the nemisis from Cave Story, it's ok at level 1, really weak at level 2 but at level 3 it shoots ducks, completely useless -_- 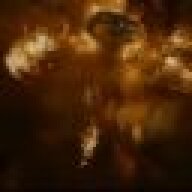 I once went to the doge's palace in italy and on one of the walls there was a display case of a whole bunch of weapons and I have to admit that some were pretty awesome but then we got to the wall were they discovered blackpowder. Every. Single. Weapon. had a gun on it. But the worse one was a halberd with a gun on it, what's the point? Give that thing to an anime character And they will destroy, but in real life there is no reason.

REvolve said:
Klobb from Goldeneye, takes 7 shots to shoot through a pane of glass. Oh the frustration.
Click to expand...

Oh man, when I was nine I thought that weapon was so cool 'cause you could use TWO of 'em. Then I tried to shoot someone with it. Yeah... at least the ammo was plentiful.
Click to expand...

They give you so much ammo because the game knows you're going to need it.

One of my favorite things to do with the Klobb was to play the Runway level on 00 Agent. There is an small alcove where you can sit for as long as you survive and enemies will just keep running at you. It's not too hard to survive since they have to open a door and come around a corner but it makes a fun survival minigame Basically every enemy in the level has a Klobb so you'll never run out.

The small laser from Mechwarrior 4. It does nooooothing for damage. >_> Plus it actually causes a little heat....just...no. 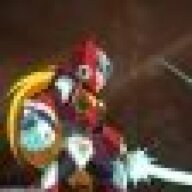 the Gold Weapons in Minecraft
i mean when i first played it i was minning found some gold and attacked some creepers with a gold swrod..... it ended with a explosion....

kittii-chan 300 said:
The brick in timesplitters...
Click to expand...

Hey! I love that weapon! It's incredibly fun to use.

OT: The Ghost Gun in Timesplitters 3, in multiplayer. Where there aren't any ghosts.
Click to expand...

Actually it's a really good weapon in multiplayer since it steals your enemy's health and transfers it to you instead. I went almost an entire match without dying because of that gun.

Hopefully someone will know what I'm talking about.
D

The wooden sword from ninja gaiden 1 before it is upgraded. 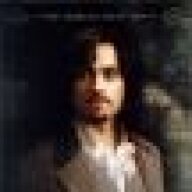 Chauchat: Sloppy design, poorly made replacement parts, uncovered magazine that lead to extremely frequent jamming. It was hard to fire the weapon in anything but very short bursts and it was inaccurate. It is considered to be the worst firearm of the 20th century. It's so bad, it was considered to be an engineering disaster that lead to the deaths of thousands of troops (the troops using it, not the intended targets) in ww1. 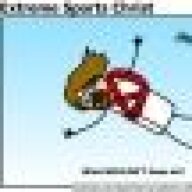 once you get past level 15 or so in Oblivion, any weapon that is less than Dremora or Ebony, and is not enchanted becomes the shittest thing EVER. 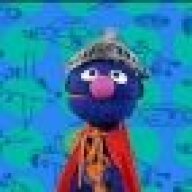 This brings back memories of playing Timesplitters 2 on the Gamecube with my mates. We would actually organise multiplayer games where the only weapons that spawned were the shitty ones. The crossbow was fairly terrible as far as actual projectile weaponry goes. You could have been running around with ten crossbow bolts sticking out of you, and you'd still be fine. I really hated the crossbow.

It wasn't the worst weapon though. No, that honour would have to go to the brick. Brick only multiplayer matches were a laborious, yet hilarious affair. It would usually amount to four guys and a bot standing in a circle seeing who would die last. First one to 50 kills is the winner....... O_____o

Suffice to say, these sessions were usually accompained by copious amounts of substance abuse.

Oh, and a special mention to the TNT. Loved running around as the monkey, sticking it to people's crotches.

It does 1 damage...not matter what you do.
Click to expand...

Rapid Fire. Now it does 4 damage. Problem?
Click to expand...

Haha, awesome now I might be able to defeat Ex-death now with this knowledge xD 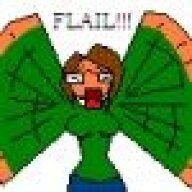 It felt as if I was playing Morrowind, missing all the time.
Click to expand...

Obviously you don't use the sights enough.

What? My small guns skill is 15? Well, I just sniped the head clean off that gecko from about half a mile away. I'd say 15 must be pretty good. A maximum of 100 you say? How much better can I get?!
T

Spartan laser. Worst weapon of all time. I don't think i managed to kill any enemies with it in Halo 3. 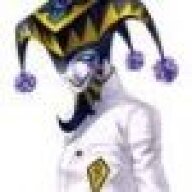 This one is easy. The fork of Horripilation from Morrowind. 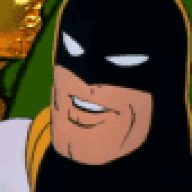 The fable 1 frying pan if you got it without following the clues. Pretty funny to use though! 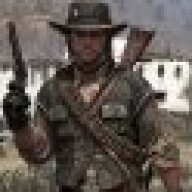