SeanTheSheep said:
Well I'd hopefully raise my children so they can tell between things being harmless, in-game fun and real life morality, but I would probably keep them off 18s until 12-13ish, but I'd probably let them have 15s from about 9, depending on how realistic games get in the time between now and then.
Click to expand...

On topic: I would let my kids play VVG's if I had kids 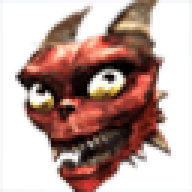 But really, I'd care less about official ratings and more about my own judgement.
For example, Mass Effect is PEGI 18+, but anyone that's played it can understand that it's an unjust rating.

Well it depends on the game because i was allowed play mortal kombat(18s) no mater what age i was same with deus ex(15s) but i wouldn't let my child play certan stuff like i don't know condemned or god of war,i think till the age of 14/13 i wouldnt allow them play 18s games or movies unless i know the content or they explain whats what and why they should be allowed play it.

Depends on the child's age. If the kid wants me to buy him a game I'll check it out first (would feel comfortable having a 8 year old playing manhunt). But by the time he can buy his own entertainment or he hits 12-13 I probably would care. I'll have had a good amount of time to ensure the kid is mentally stable and has a decent code of ethics.

actually what does it matter if they are drivingover people on gta violence isn't the thing to be worrying about there are worst things on the 6 o'clock news then any video game and better them playing a game then killing rats and animals for fun.Most people who play game are the more intellegent of course there are exceptions like the eight year old attack his mother because she tolk away his doom 3,the only person who played gtas from a young age i know acts the oposite to whats is portaied ,i say,do ban stuff from your children because you could take the fun of sneaking into 18s movies in the cinima when they should be going to ice age or what ever,or steal there older brothers copy of gta san andreas(or one of his porno mags)
G

Maraveno said:
The thing is tho, videogames are least in effect on people of all influences out there in the main media cause there's a barrier it's 3d not filmed action it's worked through a gamepad not fists

you say you have a daughter? 2 years of age?
Okay You do know that ofc not right now but when she's a bit older say starting age 5 when children start listening to music (and yes this begins at about 5)
You should ban her from hearing rap hiphop and generic pop first
you can let her play videogames even then
But the repeating sense of Things like "smack your ***** up" and all other rap lyrics and pop songs which we allow children to listen to has a much larger effect cause same as commercials it's a thing that's constantly repeated it's unavoidable it's everywhere

there's a reason why raising a kid with bach and the like makes him into a band geek/nerd
Click to expand...

That's why I said violent media as opposed to just video games. It is also why my daughter doesn't get to watch TV except for selected videos my wife and I have picked out for her. Heck, even the music we play around the house are mostly instrumental. (though I have let her listen to salsa music. it's how her mommy and daddy met, after all.)

There's another aspect to it though. I also just don't want her of getting into a habit of sitting in front of a computer all day. Lord knows she'll probably being doing that in future anyway. So, when she's young, I would like to try to keep her active as much as possible.

Now, when she say, turns 5 or 6, would I let her play games? well, that depends entirely on the game. I'll be honest, I might still not be comfortable with my then 5 year old playing a game where the objective is to kill something. Yeah, I know, wet blanket, blablabla. I would just rather she not make violent play her main form of entertainment just yet. 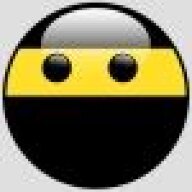 In terms of the personality/maturity of this 16 year old in particular, I would say he's maybe a little quieter than most 16 year olds but he is quite bright.

It looks like he may be allowed his 360 back in a few days but he's not allowed to buy any games himself again for a long time. 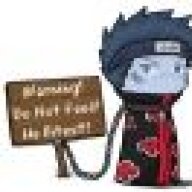 hmm... My favourite film when I was 5 was Aliens 2, and I haven't tried to lay my overies into someone''s mouth

I think I would generally go with game ratings, but at 16 I think my kids could play whatever they wanted. At a younger age I think they can play games with violence, as long as its against something non-human, and hopefully the swearing would go over their heads. 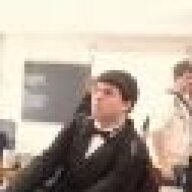