Bad - Main villain makes me think of Ivan Ooze from Power Rangers movie
Worse - Ivan Ooze had better dialog and delivery, and was fun.
A

Marter said:
X-Men - Apocalypse - It's the End of the World as We Know It

X-Men: Apocalypse is the worst X-Men film in a while, and it's not even close.

Let me guess, a lot of fans didn't feel fine?

Eh, I found it enjoyable enough.

The first half of the movie was dumb though. Really dumb. It jumped around so much I never had a chance to feel invested in anything. Something happened, lets digest it for a bit and oh wait somethings happening over here! This new thing is super exciting and we should totally pay atten-NEW THING!

The individual stories that they were trying to tell were either good or great (I particularly liked the way Magnetos played out, even if I still find that arrow part ridiculous) that I was getting pissed off at never being able to just enjoy the moment before we jumped somewhere else.

The last half though? Loved it. Quicksilvers part was glorious as expected. The scene with Wolverine was both ridiculous in the campiest way and compelling. You could tell that Hugh Jackman was just having fun and that makes me have fun. The final fight scene was brilliantly done with the only minor annoyance being how long it took for Jean to do anything.

My biggest gripe is that I'm kind of tired of Magneto's heel/face turns. We get it, he's conflicted. He's got a good heart, but he keeps being let down by people so he lashes out. Its compelling the first time. Not so much the second. The only reason it even had me invested was they made me care about his motivations this time instead of in First Class/DoFP where he just sort of did a bad thing because he could. If they make a fourth film and he does a heel/face turn again I wont be able to handle it anymore.


LetalisK said:
Okay, so I'm looking at this from the outside and this is coming from someone whose last X-Men movie was Last Class and I've never read the comics. My question is: Have they changed Mystique's character because of Jennifer Lawrence's real life popularity? Again, just looking in from the outside, just from the bits and pieces I've seen they've put Mystique in an upfront and noticeably non-blue leadership role since Last Class that doesn't really follow what I know about her character. It seems like they're trying to bank on Jennifer Lawrence's popularity rather than Mystique as a character.
Click to expand...

Never really got into the comics, but as a person that has watched every animated adaptation of X-Men and enjoyed them thoroughly, I'd say they have in about the level of importance she usually is. In the original X-Men cartoon she was pretty much a footnote, but in every other one she's fairly front and center. That being said, there's little doubt that they made her character more important than they may have planned due to Jennifer Lawrence's popularity. They'd have been dumb not to do so.

I just got back from watching it, and my reaction at the end was "How are they going to top that!?!" as well as "where the heck did all those negative reviews come from?" Seriously, the actors are great in their roles, the plot makes sense, the characters are fun and relatable, the CGI is so fantastic it's basically unnoticeable... Honestly the only negative thing I can say about the movie is that Apocalypse looks like a reject Power Rangers villain, but he's more than crazy, powerful, and badass enough to make up for it.

I would rate it at least as good as Days of Future Past, which I rate above First Class and any other X-Men movie for that matter, and I liked all of those well enough.

Marter said:
younger versions of the characters you have come to know from previous films, because younger, lesser-known actors are cheaper
Click to expand...

I'm confused. It's the same actors that have been there since the start of the trilogy. Being younger and cheaper might have been part of the motivation for rebooting it in the first place, but continuing to use the same actors in three films over 6 years is hardly something to criticise. 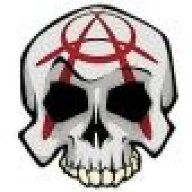 A lot of critics seem to be suffering from superhero fatigue
Click to expand...

What exactly does THAT mean though? The assumption I am making is that reviewers would otherwise have given better scores to the likes of Superman Vs Batman and this more recent X-Men movie if their were not as many superhero movies being released?

Seems more likely that making a poor Superhero movie is now in line for a tougher time were as in the past reviewers would have given them an easier time. I wouldn't say they are suffering from fatigue more likely that the MCU and the rare ones like Deadpool have instead moved the bar.
Click to expand...

Naw, this is anything but poor. Critics are just fatigue on these types of superhero plots.

Naw, this is anything but poor. Critics are just fatigue on these types of superhero plots.
Click to expand...

Of course the counter argument is if they are tired WHY are they not down rating ALL super hero movies, so far we have had four this year. Civil War and Deadpool both reviewed very well, B VS S and X Men reviewed poorly, it makes no sense.

Naw, this is anything but poor. Critics are just fatigue on these types of superhero plots.
Click to expand...

Of course the counter argument is if they are tired WHY are they not down rating ALL super hero movies, so far we have had four this year. Civil War and Deadpool both reviewed very well, B VS S and X Men reviewed poorly, it makes no sense.
Click to expand...

Civil War and Deadpool didn't have end of the world plots. The main criticism of this film is that its yet another superhero movie about a villain trying to destroy the world. I wouldn't say that X-men is reviewed poorly as a whole. According to Rotten Tomatoes the critical consensus is that it is "middling". If it came out like 3 years ago it would have been better received.
Show hidden low quality content
You must log in or register to reply here.
Share:
Facebook Twitter Reddit Pinterest Tumblr WhatsApp Email Link
Top Bottom