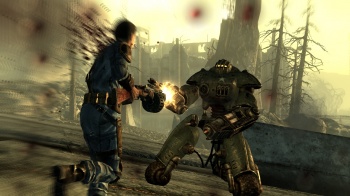 Excited for Fallout 4? Pre-order it on Xbox One get a copy of Fallout 3 to tide you over until release.

If you're one of those guys with multiple platforms wondering which will have the best backwards compatibility system [http://www.escapistmagazine.com/tag/view/fallout%204?os=%20fallout%204], will be playable on your Xbox One.

"The code for Fallout 3 will be delivered to your Xbox message center in 7-10 days," wrote Bethesda on its blog [http://www.bethblog.com/2015/07/01/s-p-e-c-i-a-l-perk-for-pre-ordering-fallout-4-on-xbox-one/]. "Redeem your code on Xbox.com or on your Xbox 360. Fallout 3 will have Xbox One backwards compatibility access when made available."

It's certainly a nice little perk for Xbox customers, aimed at both building hype for long-time fans of the series wanting to re-experience the magic, or newcommers who don't understand what all this Fallout fuss is about. Combined with the news that mods will work with the Xbox One version of the game [http://www.escapistmagazine.com/forums/read/9.876995-Fallout-4-mods-playable-on-Xbox-One?page=1], Microsoft's console is looking like a pretty attractive option for your journey into the wastelands.

There's no word on whether or not Sony will offer a similar deal, but considering how baffled they are by backwards compatibility [http://www.escapistmagazine.com/articles/view/video-games/conferences/e3-2015/14180-Backwards-Compatibility-Unlikely-to-Come-to-PS4], I wouldn't hold your breath.

Ehhh, if it was New Vegas then maybe it would be worth it

It's a pity that it's the worse of the two modern Fallout games that we get free but I'm also still wary about Fallout 4 from what I saw at E3.

What, no Fallout: New Vegas?

So the best way they know to sell the game is to sell another complete game with it? So Bethesda has basically admitted this
fallout 4 belongs in the bargain bin.

Silentpony said:
So the best way they know to sell the game is to sell another complete game with it? So Bethesda has basically admitted this
fallout 4 belongs in the bargain bin.
Click to expand...

Between this and Rainbow Six coming with Vegas and Vegas 2 it sounds more like Microsoft trying to push their one advantage. 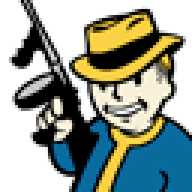 From what I understand of the Xbox one's backwards compatibility anyone who either owns the disc version of a game or has previously bought the digital version can download a version of that game onto their Xbox one's hard drive that will work with the emulator. While it's a nice gesture for people who would preorder Fallout 4 I would wager that a lot of the people they're hoping will preorder it are people who liked fallout 3/NV and who probably, you know, own a copy of those games that would work with their backwards compatibility already.

Additionally, there is an awful lot of uncertainty about most of this. I'm now presuming that Fallout 3 will be supported when the backwards compatibility goes live in "Fall 2015". This is a presumption and may not be true. Even if it is true, "Fall 2015" in my mind could be anywhere from the beginning of September to the start of December, which if it's not in the earlier part of that bracket people will be getting their backwards compatible Fallout 3 right on top of Bethesda's intended release date or even after that.

It's sort of a nothing offer. They're offering something which is available on Steam (although I've never been able to get the steam version to work) at a fairly cheap price and I think they're banking on a lot of people already owning a version that would qualify them for a download anyway. It's nice for people who can make use of it, but I think that it's going to be a small number of people who are legitimately getting a free copy of FO3 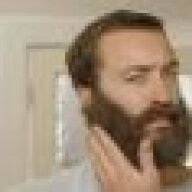 Nice clickbait title should be expected from this website.
Fallout 3 does not come with Fallout 4, it is a pre-order bonus, if it came with the game then it wouldn't be for pre-ordering only.

If I had fallout 4 and 3, I would not be playing 3. It is so very dreary, drab and delightfully grey, I lose motivation to explore quickly. That may also be due to playing and completing it before, so "explore" would be more "retread" the dreaded grey-brick road. Rubble can be colourful too, ya know. It's nice enough for the people that are into it though, subjectivity and all that jazz.
L

Without any of the DLC, I presume?
Fallout 3 was kind of incomplete without broken steel if I remember correctly.
J

tetarga said:
Ehhh, if it was New Vegas then maybe it would be worth it
Click to expand...

What's with the hate for Fallout 3? 3's a good game on it's own. Considering this is a bonus for a preorder, nothing should make it worth it if we want to get rid of that practice.

Just a note for some of you, I've come to realize that a lot of "pre-order" bonus things also end up coming with a fresh-off-the-shelf game. I've picked up quite a few games post-release and they still came with the "pre-order bonus" DLC so I wouldn't put it past Bethesda to include it anyway. Don't bother with pre-orders, just buy the game off the shelf and you'll probably get it anyway.
Also Fallout 3 was not at all a bad game, and New Vegas on release was full of more bugs than Fallout 3 was in my experience, got both on release day and actually traded NV in because it was unplayable and buggy as fuck at release. I rebought it much later after all the DLC and patches were released which fixed a lot of the game.

Wouldn't most people have Fallout 3 at this point? I suppose it would be a decent pre-order bonus if it comes with the DLC and runs well. Ah well, I shouldn't talk, I cancelled my Fallout 4 pre-order. The bigger focus on combat and the heavily hinted loss of skills along with the dialogue wheel made me drop it.
I suppose they picked Fallout 3 since that was entirely developed by Bethesda, while Fallout: NV was largely developed by Obsidian. Then again, pretty sure a deal like this has been done in the past with a few games, though the earlier games were usually quite old.
V

I don't get it. I mean it's a neat promotional idea, but why not just have it as - if you have an x box one, you can buy Fallout 4 and it comes with Fallout 3. The end. Simple. This seems overly complicated and the "when available" part is an annoying uncertainty.

I like how the WiiU did it with Bayonetta 2. The first Bayontta game was just right there in the box; and I don't remember it costing a bunch extra. And I certainly didn't have to jump through hoops or wait until functionality was a available. "I buy game. I put game in box (or install). I play game."

What's the point? It's Fallout 3. Nobody cares about the console version of Fallout 3. Especially not people that are just about to play Fallout 4 and even have mod support on their console.
V

If it is the game of the year edition that could be tempting.

Great more preorder bonuses to entice people to a specific console. At least this time it's a bonus most people interested in Fallout 4 have already played in the past 7 years.

Man...Bethesda gives away a game as a pre-order bonus, and some people STILL sneer at it. No wonder gamers have a reputation as being impossible to please.

Personally, I'm all for it. Or would be, if I had an Xbox One. Fallout 3 may not be as good as New Vegas, but it's not like there's a binary set of games where there is "good", and anything worse is "bad". FO3 is a decent enough game, and making it available as a bonus? What is wrong with that?

Oh, and as for New Vegas, can you say "rights conflicts", given that an entirely different developer was behind that game? 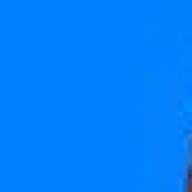 vagabondwillsmile said:
I don't get it. I mean it's a neat promotional idea, but why not just have it as - if you have an x box one, you can buy Fallout 4 and it comes with Fallout 3. The end. Simple. This seems overly complicated and the "when available" part is an annoying uncertainty.

I like how the WiiU did it with Bayonetta 2. The first Bayontta game was just right there in the box; and I don't remember it costing a bunch extra. And I certainly didn't have to jump through hoops or wait until functionality was a available. "I buy game. I put game in box (or install). I play game."
Click to expand...

You do get fallout 3 immediately (or, well, a few days after you have preordered the game online at most). What happens is you get a redeem code that you punch in either on the Xbox site (where you preordered the game in the first place) or on a 360 if you have one. You can immediately start playing it if you have a 360 or once backwards compatibility update officially launches on the Xbox one - it shows up in the ready to install section of your game collection when it's available. You can also start on the 360 and continue your cloud save on the one which is pretty neat.

So yeah, pretty simple in my opinion. Preorder game for Xbox one. Download and play other bonus game on the 360 or wait a few months until you can play it on Xbox one. Play preordered game as well.

EDIT: Accidentally hit post before finishing up the last sentence.

I'm prepared to forgive a lot. But all this preemptive softening makes me very, very, very, very worried indeed. And all I ever asked for was me, a gun, a cute dog and a dead city to explore.
Show hidden low quality content
You must log in or register to reply here.
Share:
Facebook Twitter Reddit Pinterest Tumblr WhatsApp Email Link
Top Bottom