Drathnoxis said:
Found the other one I was thinking of. Was it loc978? (no wonder I couldn't remember the name!)

He's the only other one I remember with a Mustang avatar.
Click to expand...

No, it wasn't them. He had an avatar similar to Trunkage's but with a different colour skew and different cropping (IIRC). Either way, ancient history at this stage.

I feel depressed now. Looking through the old archives I saw over 100 posters that I recognize that haven't posted in over half a decade. A lot of people who added a lot of quality to the site have left us. It really is shocking just how few there are of us left.
Click to expand...

Yeah, I went back and went through just to see if I could find anything and no luck. But the nostalgia hit hard. So many names I remember on the boards that aren't here any more (and also my own changes to posting habits, I'm nowhere near as chatty as I was back then, I thought I had only 6k posts or so, but no... a little shy of 20k). What's sad is that I know why a few of them dropped away and why it'd be difficult for them to come back (I'm sure that applies to a fair few others active here). 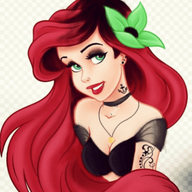 2020: I have not gotten over the scarf thing

ObsidianJones said:
Hey, you're a shot of energy this places needs. Prepare for more shout-outs

I burst out laughing at this because in real life I can be so dull and quiet. A shot of energy I am not!

So, let's see. I'm a 6'2 (188 cm) black guy with a wide frame. I might as well cosplay as the devil with how scared some segments of this population get when I walk into the room. Add to that, I have RBF (Resting Bastard Face). I'm actually really not an angry person. But I grew up in the Bronx. You become a target if you look all smiley and cheery. So after years of practicing of not showing any positive emotion, my face looks like I'm ready to fight all the time.
Click to expand...

OK yes I can totally see what you mean. You have been treated in such a way your whole life that you must be consciously aware not to live up to that perception. This is so different to anything I have experienced but I can imagine how tiring it must be to perform in this way because it would otherwise be dangerous.

One night, I went to my local Publix, our local grocery store....
Click to expand...

I think some of my other minorities (especially Black minorities) on this forum can relay their experiences as well. But yeah, here, the way you are perceived can easily have cops sicced on you for no reason at all. And that can be bodily harm or worse.
Click to expand...

Yes, I have seen it from the side of a cop from my colleagues. For me it is strange because I am technically a minority as a Jew but I look like any other French white woman. Earlier when you asked if people treat me differently based on my appearance I said yes but it had nothing to do with my race because I can just pass as "white". I get treated as a different "race" if people find out I am a Jew or they see my obnoxiously Jewish surname. I recognise my privilege for looking white because I know how people can change when they know your "race" so I imagine what it must be like when you wear the obvious markers of that race on your body.

I am too basic to look like any celebrity

5.) Due to your appearance, are there people with certain fetishes who are typically attracted to you? Like Xprimentyl and I might get approached by women of other races because of the stereotypical of how endowed black men are.
Click to expand...

1.) Do you think about your appearance? Do you consider yourself attractive or whatever? Does it matter to you personally any more?

I don't look my best at the moment. I put on a lot of weight over the past few years and I'm not taking as much care of myself as I used to. That said, I still look pretty good for my age. I really peaked in my mid-20s, and getting older is kind of hard, but the more it happens the less upset I feel about it. I don't miss some of the attention I would get, but that's another question.

Currently, not really. I think when this pandemic calms down I'm going to change my hair up and buy some new clothes and just generally reinvent myself a bit. I had a half-shaved undercut for a couple of years, and I might go back to it. I've always had a very high hairline on the temples (which has also receded a bit in recent years) and I think it's probably time to just own it and accept that it's just part of my look.

3.) Do you think others care about your appearance? Do you perceive any difference in how you're treated vs how others are?

I don't think anyone else cares as much as I do. That said, I know my friends notice because how much care I take over my appearance is a good indicator of how well I am.

I used to get compared to Brian Molko a lot, which is not really surprising, he was a huge influence on my aesthetic and one of the few visibly GNC people I had access to growing up. It was always very flattering though, he's very beautiful.

On a less flattering note, I've also been compared to Tobey Maguire as Emo Peter Parker, but I suspect that was a joke. At least I hope it was.

5.) Due to your appearance, are there people with certain fetishes who are typically attracted to you?

I don't get much attention now and those who do tend to show me attention tend to be a bit more respectful about it, but in the past I would often get attention from people who were either confused or in denial about their own sexuality. Some of it was cute, most of it was pretty creepy and objectifying.

Straight women in particular can be very weird about this kind of thing. They'd often start talking about their "lesbian side", which always felt like they were trying to reassure themselves, and it put me in this weird position of having to be responsible for their heterosexuality. Never be responsible for someone else's heterosexuality, it's too much effort to manage frankly. I don't know how you all do it.
Show hidden low quality content
You must log in or register to reply here.
Share:
Facebook Twitter Reddit Pinterest Tumblr WhatsApp Email Link
Top Bottom