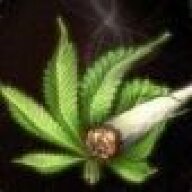 Just trying to get an idea on what everyone is watching as there may be something out there I haven't heard of!

WE used to get that the day after it was shown in the US, but it was taken off when some sport thing was on, and never put back on, because Australian TV likes doing that sort of thing.

That's running? Only Archer deserves a mention, the new season is fantastic as I hoped it would be. The Walking Dead isn't good enough (I still like it) to warrant being listed.

Other than that I''ve just started watching American Horror Story: Coven. The first season was alright, the second batshit insane. Seriously what the fuck? Good though, the characters were so well fleshed out. I also watch the odd Metalpocalypse episode and I just wrapped up Marco Polo.

And that's pretty much it really. That's a surprise, I used to watch like 15 shows at a time. But I ain't got time for that any more.

I quite like Gotham, it used to be on Channel 5 in the UK and got taken off just before the Christmas schedule and hasn't come back. Though there were some insultingly bad bits in it like a young girl called Ivy who just so happened to be tending plants when we first saw her. Or Edward Nigma drinking from a mug with a question mark on it. But overall its quite enjoyable.

Also, I quite like The 100, though the show makers probably wish now that they had thought of a better name for the show, seeing as The 100 was down to 98 before the first advert break. Also, Clarke is one of the most infuriatingly competent characters ever, basically she started out as a decent leader and now is basically Jesus, I would call for her to be killed off but she would just rise from the dead again. But I like the post apocalyptic feel about it, its kinda like Lost meets Fallout.

Also watching Supernatural seeing as E4 are showing season 9, its alright I suppose. But they have one of the best characters chained up and given maybe 5 minutes of screen time per episode and they don't seem to be doing anything with the whole "Angels have fallen, Demons are rising" plot that they started and have for some reason put on the back burner, I was hoping for more seeing as the last series was quite dull until the last couple of episodes.

Currently on air? Suits has got to be on the top of the list. Followed by Gotham, Flash, Arrow, Sleepy Hollow.

I'm also looking forward to The Following 3rd season and second half of Agents of SHIELD 2nd season. 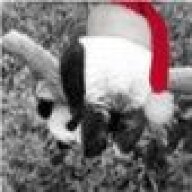 True Detective
The Affair
Sometimes GoT is fun (but I'm not crazy about it)
And of course, I will never stop watching and re-watching the I.T crowd

I can never leave Breaking Bad alone- it was just too good. I also have been enjoying Game of Thrones, and Archer.

For older fare I constantly rewatch The IT Crowd, Garth Marehghi's Darkplace, The Mighty Boosh, Luxury Comedy, Man to Man with Dean Learner, Arrested Development (the 4th season, while not as good as the first three, is still pretty damn good in retrospect) The Walking Dead, Community, and Bojack Horseman (pleasantly, surprisingly well done).

Catfood220 said:
I quite like Gotham, it used to be on Channel 5 in the UK and got taken off just before the Christmas schedule and hasn't come back.
Click to expand...

Fear not. It will be back next month. The US have a break when it comes to TV series during the Christmas/winter and the UK suffers from that.

Now for my answer,

Fortitude. Getting better with each episode and I love Stanley Tucci in this. He plays an outside character that is trying hard to see past the bullshit of that small snowy town. A lot of mystery in that series. Everyone has a secret that directly or indirectly links to the main plot of the story.

The Following. Stab. Season one was good and made its point. Season Two however just went over the top and went somewhere unexplained. Stab Stab. However, after seeing previews of season 3, looks like they are going a different route with better writing. Stab, Stab, Stabby.

The Flash. Did people forget that comic books are mostly filled with fun and campy silly stories and characters? Flash understands that and isn't going for the "Nolan seriousness". Also Flash seems to have a higher budget when it comes to CGI then other programmes on CW.

Looks like I have an "F" theme happening so let's keep it going.

Fenny... Penny Dreadful. If I saw the first series weekly, I would get bored and forget about it. Binge watching however, works. Story comes together well, characters have many interest and yes yes yes, It's the TV version of League of Extraordinary Gentlemen but here is the difference between the two. The story is stretched out to get everything explained and have the characters develop.

The Man In The High Castle, ever since I Googled and watched it yesterday. I'm optimistic like that. 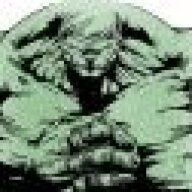 My wife and I started watching Agents of S.H.I.E.L.D. a couple weeks ago on Netflix. So far it has been a pretty good show, we just finished up all of the current episodes and I am looking forward to the second half of the second season.
K

Right now, wife and I are watching Arrow, and slowly catching up with Once Upon A Time (it's got some shaky writing in Season 1 that is bugging me).

Prior to that we binge watched the first 5 seasons of Supernatural, but lost interest after that. Season 5 finale was such a perfect way to end the series, we've decided to agree with the original writer and say it ended there.
J

Really, no mention of Agent Carter?
last year when Marvel needed to sync SHIELD with the rest so there were big gaps.
Now they fill them up with a other show.
Agent Carter is turning out quite good, even if it's just a filler for Agents of SHIELD
Good characters, engaging story, and a face less organisation named after a mythical sea creature (no, not Hydra it seems)


Penny Dreadful i did enjoy as well, although the Binge watch comment has some merit.
But season 2 coming up i belief, so i definitely will check that out.


But Arrow is getting a bit stale.(still enjoyable though)
season 1 and 2 were written out completely, the flashbacks were used to build up to future events.(the Slate Wilson/death-stroke buildup was great)
Now in season 3 it seems a bit less so, now they use the flashbacks to make sense of the current events (not always successful either)

The Flash is a refreshing take on things, although it can fall in the same pitfall as Arrow after the anti-flash plot resolves.

Gotham also is a nice treat.
But i do thing the penguin's plot moves a bit to fast.

Catfood220 said:
Also watching Supernatural seeing as E4 are showing season 9, its alright I suppose. But they have one of the best characters chained up and given maybe 5 minutes of screen time per episode and they don't seem to be doing anything with the whole "Angels have fallen, Demons are rising" plot that they started and have for some reason put on the back burner, I was hoping for more seeing as the last series was quite dull until the last couple of episodes.
Click to expand...

Next Tuesdays episode is... bad (and I'm a superfan) but after that it really picks up, the angel storyline, Crowley and Dean's secret.... yeah, it's all gonna happen. Episode 11 in particular... blinding!

OT... I think my fawning above answers the question, after all I get up at 2 am to stream series 10 from the US

Johnny Novgorod said:
True Detective, even if it's on pause forever, and Gotham waaaaaaaaaaaaaaaaaaaaay in the back.
Click to expand... 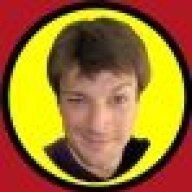 Favourites on right now? I watch A LOT of tv (I work weird hours) so I have quite a few. I'll narrow it down to shows currently airing, not on breaks or waiting for the next season.

Better Call Saul: It's so good to be back in the Breaking Bad universe. It's like re-growing a missing limb.
Broad City: Legitimately hysterical. A show about 2 girls in New York that doesn't pretend that everybody is rich, straight and white. Also hilarious. Just super funny.
It's Always Sunny in Philadelphia: Just magical.
The Flash: It's just doing everything right. Great cast, great action, great FUN. It doesn't feature Wally West (my favourite superhero, let alone favourite Flash) but it's still awesome. Arrow's pretty great too.
Parks and Recreation: I am going to weep, openly, in public for days when this ends next week. I've loved it for so long.

And for a current show that's only on in Britain: Cucumber. This show is great. A really good, contemporary drama that happens to be about LGBT individuals. It's not token LGBT either, they're all human beings, who happen to be... whoever they identify with. It'd be brilliant if they were straight, aliens, Horses, whatever. The companion show; Banana is... ok. Pretty much just Skins (I'm not as up to date with this as Cucumber, so it may change later on)

The biggest shows I'm watching are Adventure Time, Archer, and It's Always Sunny in Philadelphia. Always Sunny is just blowing me away with every episode. They've been running for 10 years, and every episode is as good as the last. I don't think even Southpark had that kind of staying power.
Show hidden low quality content
You must log in or register to reply here.
Share:
Facebook Twitter Reddit Pinterest Tumblr WhatsApp Email Link
Top Bottom