When Gold & Silver version came out my older brother asked for them, my parents bought both of them for him. He only needed one so he gave silver version to me which led to many fight over the gameboy color
W

I remember I used to watch the TV show every day before school. That was the awesome thing about Pokemon, it wasn't just a good game, it was a good TV show and card game (at least collecting wise)! 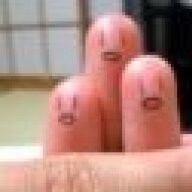 When I first got the original Gameboy (yes, the yellow brick) I had to get a yellow game, pokemon yellow was a safe bet.

I was six or seven years old, when someone gave me a charmeleon card. I wish I kept that card. They were in hindsight, probably the coolest thing ever, those little cards...

It always makes me laugh, but I remember one of my friends asking me if I heard about some new thing called ~Pokemon~ right when the show just started to air. From there I played the games...had a Pikachu step counter. The whole deal >_> 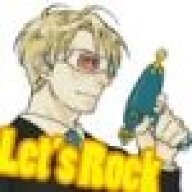 My first Pokemon GAME was Crystal which I borrowed from my cousin at the age of nine. It's still in my toybox nearly eight years later.

I kept my old file until recently too. I never realized how utterly STUPID the nicknames I had for all my Pokemon were. Also, I was a little curious as to why I had EIGHT Arboks... 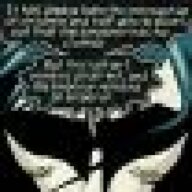 My first Pokemon game was Blue. I saw some commercials (sp?) for the game and thought that I HAD to get the game. I got it for Christmas, and when I first played it, I could not figure out how to leave my character's room. When I did, I was hooked for life. To this day, I still do not know how I had a Charizard when I fought Brock. 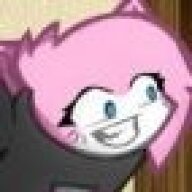 I remember I was 7 or 8 and I had a friend (I don't know where he is now T-T) who had the Blue version. He would show it to me while our parents bowled in their night league, and shortly after he moved away I got a Gameboy Color(pink , bleh >.<) and Pokemon Yellow. I loved that little Pikachu...even if I did repeatedly try to abandon it in the PokeCenter where you could put it to sleep with that Jigglypuff in the corner...hehehe.

No idea, probably from my bro
W

SmilingKitsune said:
I was about eight when the initial craze hit, my entire school was taken over by talk of level 100 Charizards and how cute Pikachu was, conversations not about Pokemon were all but unheard of.
Now here I am, nearly eighteen and I still love it.
Click to expand...

I remember I bought a Pokemon players guide and brought it to school. Everyone was trying to look at it, and the teacher told me to never bring it again.
S

SmilingKitsune said:
I was about eight when the initial craze hit, my entire school was taken over by talk of level 100 Charizards and how cute Pikachu was, conversations not about Pokemon were all but unheard of.
Now here I am, nearly eighteen and I still love it.
Click to expand...

I remember I bought a Pokemon players guide and brought it to school. Everyone was trying to look at it, and the teacher told me to never bring it again.
Click to expand...

Yeah I know what you mean, at my school teachers started to regard any thing Pokemon as being more dangerous than crack, well, not quite but you get the point. 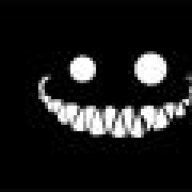 As soon as I saw the first episode on that fateful Saturday morning, I rushed out and had my mom buy Version Red. God, that first series of games/shows was amazing. I even played the games up to Gold/Silver/Crystal and had a couple of the trading cards, but that's all I could take.

After that, the Pokemon just started looking more and more retarded.
G

My pokemon story is very simple i was in elmentary forget wich grade probably 4th or 3rd and i saw kids going nuts over pokemon saw the cartoon early one morning and i liked it then i found out their was a game i nrealy crapped myself and begged FOREVER! to get it and when i finaly did i was happy i remember it like it was yesterday i got my first pokemans Squirtel and went on my adventuer (it was blue version by the way) adn well i played pokemon since then but stopped at Ruby/Sapphier i just didnt like the pacing in that game at all but gold/silver were great additions and added neat pokemans but really Ruby/Sapphire really was the death knell for pokemon for me. BUT! i did get fired red/leaf green and had fun doing it again brougth back memories
D

It all started with me down in my friends basement playing Bomberman 64. I was screwing around on the game, trying to beat this level and my friend was playing Blue. His squirtle just leveled and he went ballistic. Seeing as how Bomberman was kicking my ass, I decided to inquire as to what the fuss was about. After explaining the concept of the game, I was interested and went out to Wal-Mart with my mom to get the game. I picked up Red since everyone had Blue.

Then my best friend wanted in on the Pokemon thing after he leveled up my Charmander to Charmeleon. I got him Blue and shortly after that, the two of us teamed up, and dominated our entire school. We really did. After that came Gold and Silver, and dear god when we finished, there was a trail of broken husks of children in the wake of our 100s.

My friend somehow managed to find every pokemon that could learn Solar Beam and used that move exclusively. 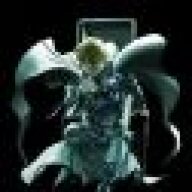 I found out through my cousins gameboy. I started playing while he was cleaning his room, and got addicted in a hurry. Then came the tv show and cards, and the world went nuts. I stoped caring about it after red, blue, and yellow. But know im addicted to diamond and my girlfriend plays pearl. We are both looking foward to platnium. 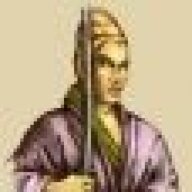 I actually remember this surprisingly clearly. Me and my family were staying in some hotel for some reason; maybe an airport hotel before we had to fly on holiday or something. And the anime was on the TV, and somehow I just got really into it. I think my sister already knew about it. The actual episodes was the one with all the Diglet's ruining the building of some dam. Imagine how psyched I was when I found they had their own cave in the games. I think I borrowed the first game from my sister before getting my own copy when I got my Game Boy Colour. From there it went insane, and I was one of the biggest Pokemon nerds at my school.

My other Pokemon related story is that once I said MacBeth three times in succession, and the next day all my Pokemon cards got stolen at school, including my shiny Charizard. Fortunately I did get most of them back, including good ol' Charizard. 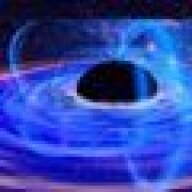 shadow_pirate22 said:
Hope i caught you in time, but DS doesn't support original gameboy games... Hope you still have an SP lying around.
Click to expand...

This is extreme B.S. cause I can't play the most awesome GB game ever Super Mario Land (Sniff)

However on topic I was lucky enough to find a copy of pokemon Yellow on the ground on my walk home from school. After falling in love with it the game froze repeatedly at the completion of the first gym. In light of the I literally forced my parents to purchase pokemon for my. The rest is history... (I have Platinum on Reserve 9 More Days!!)

A good friend and some broad were talking about it in like grade 3 and I was all confused about what a 'squirtle' was. Then another friend let me play the game a week later and so I got my parents to buy it for me.
T

Dude that's such I long time ago I haven't got a clue how I found out about pokémon back then. What I do remember is that I was the best at it in my entire school
Show hidden low quality content
You must log in or register to reply here.
Share:
Facebook Twitter Reddit Pinterest Tumblr WhatsApp Email Link
Top Bottom