Tarmon said:
Dude that's such I long time ago I haven't got a clue how I found out about pokémon back then. What I do remember is that I was the best at it in my entire school
Click to expand...

It was long ago for me too, but how could I forget finding out the awesomeness of Pokemon? 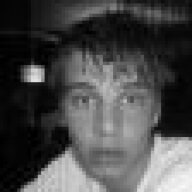 now this thread takes me back... I had the cards, i had a game for the gameboy (yellow i think) and i watched and taped the tv show... can't remember what started it though.
S

shadow_pirate22 said:
Hope i caught you in time, but DS doesn't support original gameboy games... Hope you still have an SP lying around.
Click to expand...

This is extreme B.S. cause I can't play the most awesome GB game ever Super Mario Land (Sniff)

However on topic I was lucky enough to find a copy of pokemon Yellow on the ground on my walk home from school. After falling in love with it the game froze repeatedly at the completion of the first gym. In light of the I literally forced my parents to purchase pokemon for my. The rest is history... (I have Platinum on Reserve 9 More Days!!)
Click to expand...

I do to . Me and my 9 year old brother are getting it and starting it together. 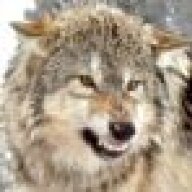 Me and a friend were sitting in a school assembly when he pulled out his gameboy and started playing Blue. I had never even heard of pokemon, and I was bored, so I asked him what he was playing. He explained it all to me and I thought "Sounds kinda cool, but whatever." Then I saw the show a couple of times, and it actually started to appeal to me.

My friend recommended I get Red since he had Blue (he just wanted to trade the red exclusive pokemon with me, the bastard), but I would've gotten red anyways since it had Charizard on the box, who I liked more than Blastoise. Oddly enough, I picked a Bulbasaur as my first pokemon....

Anyways, that's how I started.

Such memories, I'll always be able to say "I was there when there was just 151!"
T

I found out about it when my parents got me a Gameboy color to keep me from biting my nails (I was 5 at the time). Pokemon came bundled with it. 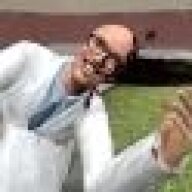 Got Blue packged with the GB. 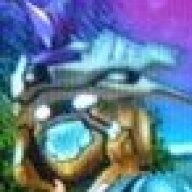 Red. Think I was ten, regardless, all that mattered was one thing. My friend had Blue, and we fought...damn his Blastoise, even at 100 my Charizard couldn't win. After that I got Yellow, Silver, and then my most recent, Ruby.

Anyway, I love my fire-types... *Hugs his Vulpix* 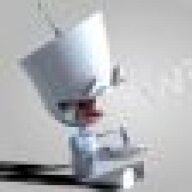 Third or fifth grade, I do remember I did play the red versions first though. Back then there were only 150 Pokemon, 151 if you count Mew, Now how many are there?
Seriously at least the last time I asked someone they said more than 600.

Anyone know about the cloning glitch and shiny Pokemon?

Well, I was fortunate enough to come across a pretty cool looking shiny Manectric in Emerald...

She was my beloved companion for many an adventure, stealing infinite gold nuggets from silly rich kids, striking down many a foe with her mighty thunder, all with that sparkle many trainers wish for but never seem to obtain... And how abhorred in my imagination it is, that I lost my beloved to a simple mistake with the cloning glitch at Trainer Tower, whilst trying to clone infinite TMs and Master Balls...

I will never see her again... Alas poor Storm, alas...

I also killed a shiny Slowpoke on my first play through of Leafgreen. -_-

I got into Pokymon by the show and the cards (yes I'm young). I asked for all the merchandise for Christmases and Birthdays, especially the soft toys.

Good times... I only got into the games about 5 years after that. 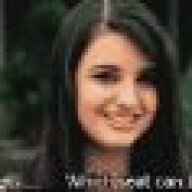 Well, I just remembering getting my first ever gameboy colour and getting two games with it. Ty the Tazmanian Tiger and Pokemon Blue.

Of course, I played Ty for about 5 minutes before abandoning it to the bottom of my collection of...well....crap.

I turned on Pokemon Blue and fell in love with it as soon as I picked Squirtle as my first Pokemon.

And as soon as I really became indulged in it. I slowly stopped the craze....until Gold came out :L.

I still talk about it with my mates and how awesome it was. LOL
W

experiment0789 said:
Third or fifth grade, I do remember I did play the red versions first though. Back then there were only 150 Pokemon, 151 if you count Mew, Now how many are there?
Seriously at least the last time I asked someone they said more than 600.
Click to expand...

Seriously. I only know the main 150 and a couple newer ones.
M

I got into Pokemon when it first came out. Granted, I was a bit young to get into these crazes, but I have a brother 6 years older than myself, and of course he was the quintessence of coolness. I don't remember which grade I was in, though it was elementary school. I'd wake up every weekday morning at 6:30 to watch Pokemon with my brother, even though I didn't have school for another three hours.

My first game was Pokemon Blue, to complement my brother's Pokemon Red. I would be up past 9:00 at night (the rebellious child I was), training my Pokemon for gym battles. Eventually the second generation popped up, and my brother and I had to rush to the nearest toy store to get a copy of the new games. With my gameboy in hand, sitting in my mother's car with glee, I eagerly awaited the return of my brother. When he reentered the van, I hastily opened the box (which is now quite battered as a result), and immediately commenced in my Pokemon adventures, beginning a new journey with my beloved Totodile.

Time went by, and I gawked at the new features available for Pokemon Crystal. I just had to have it. Unfortunately, being 8 years old, I had no source of income, and both my birthday and Christmas were far away. On Christmas morning, I unwrapped my first present: a Green Gameboy Colour and Pokemon Crystal Version! At once I ran for batteries and began playing, making friends with a new Totodile.

Once Ruby and Sapphire emerged, the novelty of the series started to die a bit, and my brother had little interest in the series anymore; 16-year-olds were too cool for Pokemon. I was finally old enough for my own Pokemon adventure (being 10 years old), and my brother wouldn't be joining me. With my Mudkip carving a path through Hoenn, I decimated all in my way. I had tried filling my Sapphire version, ultimately catching the 200 available in the game.

School had just been starting up again as Fire Red and Leaf Green came out. This time, I decided to catch every Pokemon possible, because many of the original 150 couldn't be found in Ruby or Sapphire, let alone the 2nd generation as well. I convinced my mom to buy me both games. I tore through the familiar landscape of Kanto with my trusty Squirtle, although the dream of filling my Pokedex seemed unattainable. 350-something was too high.

Seeing that the television series had been sent down a completely different path than the original adventures, I decided to wait on Diamond and Pearl (also, I didn't have a Nintendo DS). Eventually my money accumulated from the copious amounts of allowance a 13-year-old gets, and I managed to buy a DS Lite and Pokemon Diamond. I enjoyed the cookie-cutter Pokemon story of the 8 gyms and the Pokemon League, and although entranced by the ludicrous amount of Pokemon, I was slightly saddened and the designs for a few of them (I mean, what the fuck, Rhyperior?, Tangrowth?). A couple of months ago, I decided to undergo the impossible: capture all 493 Pokemon in one single video game. This dream was not realized until a few weeks ago, and now I have the data for every Pokemon in my Pokemon Diamond version.

When I first heard that Pokemon Platinum was to be released, I told myself I wouldn't buy it. It's just a gimmick to sell the same game again. I did my research, and now I'm buying Pokemon Platinum, as soon as it's released in the US.

(I apologize for the insanely long story.)

My cousin Patrick had Blue and Yellow and my friend Michael had Red. I asked them what they were playing and Patrick let me borrow his Yellow version. Later, he gave me it. God, I'm still looking for a good working copy of Crystal if anybody knows where I can get one. 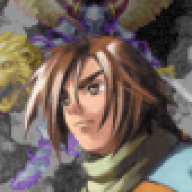 I remember my friend having 2 copies of blue version for some reason and he promised me that once I got a Game Boy he would give one to me. Turns out I got my Game Boy Color with Gold, Silver, and Crystal version, so that was how I got into it. And to this day I still have that Game Boy which I love dearly.

experiment0789 said:
Third or fifth grade, I do remember I did play the red versions first though. Back then there were only 150 Pokemon, 151 if you count Mew, Now how many are there?
Seriously at least the last time I asked someone they said more than 600.
Click to expand...

Seriously. I only know the main 150 and a couple newer ones.
Click to expand...

any info you got would be OK with me. I just think the people who are making Pokemon are running out of ideas. I was flipping through the channels one day and saw a little bit of the show Pokemon. From what I could tell Ash had a water weasel with a life jacket fighting its evolved self, An even bigger water weasel with a life jacket on. After the battle they showed a balloon Pokemon ,complete with basket, and then I turned off the tv . I can't get over it,THAT'S THE BEST YOU GOT! That was only two new Pokemon and I'm not impressed.
Even after that I still would like to know how many there are now. 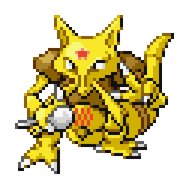 It was popular on TV then I discovered it started as a game. I have not played in a while but I've been writing a story for the past 7 years now and its a very volient for a pokemon story! 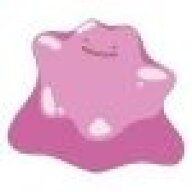 I think I discovered it when my friends started playing it, and I got my first GBC with Pokemon Yellow on my 7th(?) Birthday.

I loved that game. 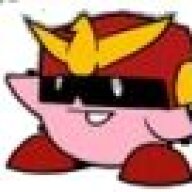 My one year younger brother heard that this new pokemon was the shit and begged our parents to death to get the games.

He didnt fail and we simoultaniously began our adventure in blue (me) and red. I took Charmander and the rest is history

Later we switched colours because I wanted to have lots of red exklusives and he could not trade me them, because he was restarting his game all the time ~_~