Your 'WOW!' moments in gaming

Leaving the sewers for the first time in oblivion. Also finishing The Ocarina of Time. That game took me a solid year of nonstop play to finish. 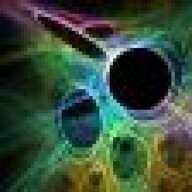 Recently I had one with Metal Gear Rising: Revengence. Using blade mode and being able to slice enemies and environmental objects into tiny bits that can still block your way was particularly impressive, not to mention just how many bits you can slice off of the first boss.
U

The Burnt Ivory King from Dark Souls 2's third DLC. Everything about that fight is epic, especially the music. Took my breath away the first time I experienced it, after which I was promptly gangbanged by several burnt Loyce Knights cause I had none of the friendly knights or summons.

Opera scene in FF6 and seeing what they could pack into an N64 game with RE2.

Pete Oddly said:
5) When Ellie hacks David to death in The Last of Us. Seriously, that scene was just...wow. Grim...so fucking grim, but very, very satisfying.
Click to expand...

This. When I finally got to play TLOU (remastered edition, I didn't have a PS3), I knew what happened in the story. But seeing this bit unfold...very few games have made me feel things for the characters. Red Dead Redemption did with its ending, but Ellie hacking at David got me right in the feels. God, I loved that game...

When I first played Crash 2. It was my very first game, so I was pretty impressed by it at the time.

When I first saw footage of Shadow of the Colossus. I was amazed by how big the colossi were and how you could climb all over them. The music really helped too.

Pretty much the majority of Final Fantasy IX wowed me. Especially the ending. Quite possibly one of the most emotionally satisfying moments I had in a game.

Bayonetta had quite a few wow moments. Such as the climax of the game's first real boss fight. I remember shouting "Wow! That's friggen awesome!" And that wasn't even the most amazing part!

The first time I loaded up 3D Stunt Rider on the brand new Amstrad CPC464 my granddad had just brought home. Jumping a motorbike over London buses? Epic! (I was 5.)

Playing Operation: Wolf in two player with my friend, sharing a keyboard.

X-Copy - the ultimate (well, only) weapon in every teen Atari ST owners arsenal of ways to get free games. Bear in mind that in the late 80's and early 90's, "piracy" was still a thing done by fearsome looking men with missing appendages at sea. We had no idea really what we were starting when we were making copies of each others' games. We were almost always copying copies anyway, as there was still very primitive copy-protection there and it took a wee bit of effort to "crack" some games so they could be copied. Ignorance was bliss I suppose!

PlayStation Formula One. I bought my first PlayStation in 1996/7(?) specifically to play the excellent Formula One. I played it at a friends' and bought it with my very next wage. I've had PlayStations for every console generation since, and still love the series as much now. 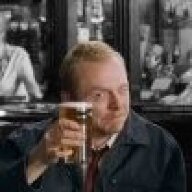 The music and overall atmosphere in Actraiser. Wow. Just wow. I mean the game itself blew me away, but back then it was like someone had packed an orchestera into the console.

The moment when the airplane flies towards the screen using Mode 7 in Contra 3:The Alien Wars. Blew me away.

Seeing how Dark world interacted with light world in Zelda:Link to the Past.

TW2 when you play the game from the alternate story arc and find out a particular secret about a sexy herion.

The ending to Divinity 2.


Imperioratorex Caprae said:
Final Fantasy X is one of the games that wow'ed the crap out of me. At the time I almost couldn't tell when the cutscenes ended and the game began. Of course its different now, but when I got it, it was awesome.
Click to expand...