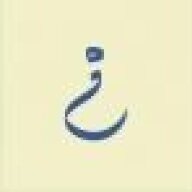 Has anyone had any successful experience when removing a Yucca plant?

We just bought a house and the ol' biddy who owned it previously decided to throw whatever she had on hand wherever she wanted and now I'm left clearing up the mess.

I've Googled it and have come across the standard pieces of advice, cut it down, dig up the roots, every last bit, use a stump killer, persevere etc.

Problem is the root system is in a two foot by four foot area, bordered with concrete steps and a retaining wall that the Yucca plant decided to push over. I can't seem to get a shovel down under the main root ball to pull it up. Also, how do I kill roots that are potentially under the steps?

I thought of getting landscape border/edging, covering it with fabric and then mulch, and letting it sit for a year after I blitz it, but is there anything else I should know?

I'd like a solution that will kill it after a year or two of picking new shoots/weeding. 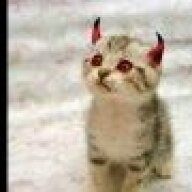 Never had to deal with a yucca myself, but my neighbor killed the yuccas in his yard with a diesel mix. He had given me some for other weeds before and it worked really well on those. I am not sure what the mix was but I found this pdf guide with a diesel mix listed:
http://smith.agrilife.org/files/2011/06/766897l5424_10.pdf
and this:
http://www.gardenguides.com/90662-kill-yucca-plants.html
( but this one doesn't say what the mix was either.)
Seems the reason they use diesel is to get the Yucca to actually absorb the herbicide.
I hope that helps!

So I spent four hours digging it up. My neighbour's pickaxe help a lot.

My neighbour also said to use some gasoline on the roots and cover it with mulch. A lady at a garden store said to try RoundUp. Diesel might be a good idea, especially since Yucca tends to be resistant to herbicide absorption.

I'm just wary of putting chemicals on my yard, what with the wildlife. And our two cats which sometimes like to go outside.

Thanks for the info! 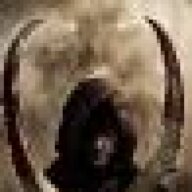 If you want to make absolutely sure you kill it, salt the earth. Use slaked lime, too, if you have it available. Any strong acid (hydrochloric, sulfuric) in large amounts will do the job, as well as any strong alkali (potash, lye) or potent herbicide. Don't bother setting it on fire, it won't work.

Do keep in mind that any of the suggestions above will turn that patch of ground into a barren wasteland, but I've often found it's the only way to get the yucca out for good.
Show hidden low quality content
You must log in or register to reply here.
Share:
Facebook Twitter Reddit Pinterest Tumblr WhatsApp Email Link
Top Bottom