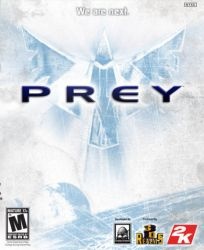 Bethesda and id Software parent company ZeniMax Media now owns the rights to 3D Realms' Prey - could the company be looking to breathe new life into the FPS franchise?

Prey took some 11 years to come out, but at least it did. Another 3D Realms production, Duke Nukem Forever, well, we all know how that ended. Sadly Prey didn't make much of a splash among gamers, though it certainly wasn't for lack of trying. Do we forget that this Cherokee-mythology-inspired FPS had portals before Portal?

Well ZeniMax Media hasn't forgotten about Prey. The company, which is the parent company of big names like Bethesda and id, has swooped up the rights to the franchise from Radar Group, the brand management company headed by former 3D Realms staffer Scott Miller. Internet copyright supersleuth trademarks [http://supererogatory.tumblr.com/post/182700715/http-assignments-uspto-gov-assignments-q-db-tm-qt] filed by ZeniMax for Prey as well.

Which obviously begs the question: Is ZeniMax looking to make a new Prey game? Prey 2 already exists, in some form, having been announced last year as being in development over at Human Head Studios, who did the core work on what became the first Prey. So perhaps ZeniMax is just taking over the rights so that it can have one of its imprints publish Human Head's Prey 2, or maybe they're farming the entire franchise over to one of its companies.

Recent evidence [http://supererogatory.tumblr.com/post/155259797/as-far-as-i-go-i-work-for-human-head-studios] that Human Head landed a big contract for a "AAA" game with a publisher might suggest that the studio is indeed working on Prey 2, but who knows. I wouldn't mind seeing id develop a Prey game, that's for sure.

Well, let's hope it comes out at a reasonable space of time between the game when everyone hasn't lost interest in it. 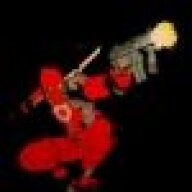 Prey is one of my bargain bin purchases gathering dust in my room. I should really go pick that up, I think.

"Sadly Prey didn't make much of a splash among gamers..."

Why the hell not? I played it and it was awesome!

OMG Cherokee! On no, aliens are abducting them! Oh no, The guns are alive! Oh no, the grenade is a three legged bug thing you tear the legs off to make explode! And then it turns out that you can walk on ceilings using the anti gravity floor stuff! and then you throw up! and you get a spirit bow to shoot aliens from the spirit realm! and then you go though a portal and tiny and a HUGE alien sees you and you're like OH SHI- and it comes though the portal but is normal sized so you kill it! And you kill a big thing by cutting off it's machine gun hand with a forcefield and using it's own hand to gun it down!

Spoilers of the ending ahead:

and there are native Americans who have been living on the big spaceship for AAAAAAGES, and you help them and they all die! and then WTF the aliens invade the Cherokee spirit world though portals! then HOLY FUCK you have to kill your girlfriend because she's been turned into a cyborg and is now shooting you with lasers while screaming for death!
Now tell me why that game was not recorded as the best game ever produced by mankind. I can't wait for another round of native american-anti-gravity-living gun FPS insanity.

The game ended definitively. There really isn't much room in the story for a sequel without it being crowbarred in.
C

Proteus214 said:
The game ended definitively. There really isn't much room in the story for a sequel without it being crowbarred in.
Click to expand...

i liked the game tho i had a few complaints about it. the death system was kinda neat and kinda made the game a bit too easy as well

Proteus214 said:
The game ended definitively. There really isn't much room in the story for a sequel without it being crowbarred in.
Click to expand...

Uh, no, not quite. Remember when...
that lady leading the Hiders appears from a portal when you're back at the bar
and tells you there is still work to be done? That looked like a pretty definitive promise of a sequel to me.

I quite liked Prey, though. At first it looks like a generic Doom/Quake-like shooter, and then you find out they make it all revolve around native American mythology and spirits and stuff, and you're like what the heck of a world is this?

I sincerely hope they make a second one! The first was amazing! Everything about it other than it being a first person shooter was (and still is) fairly unique in the FPS genre. I have no idea why it didn't make a huge impact...

"We're Zenimax, we can afford anything!"

Seriously, they must be swimming in the stuff.

So...why did the first Prey do so poorly? 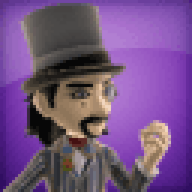 Was the first one any good, as Ive seen pre-owned copies of it cheaply for years.

GOOD. Prey was a unique game with a great premise and terrific ideas, even though it had terrible flaws in the shooter elements.

I should actually do a review of that, after Space Siege and GTA4 and Rock Band and...

Also, Prey did Portal before Portal.

Most messed up game Ive ever played. Seriously...I had to stop to register what I saw sometimes...
I had been waiting for Prey 2 since I beat Prey since its TOTALLY set up for a sequal.

I'd be willing to give it a look, if they can this time not:

a) Do the "You can't get across, I wonder if there's a path in the spirit world HINT HINT" thing,

c) Have anything so buggeringly obviously cut off as the "And now you will undergo a series of trials to unlock your true spirit warrior potent- Oops, sorry, no, here's a life upgrade, you have to run now"

d) Confuse predictable and melodramatic tragedy for poignancy, particularly when the victims of that tragedy are the only things allegedly spurring your character to action.

hansari said:
So...why did the first Prey do so poorly?
Click to expand...