Ugh, it's games like that one that make the PC gaming market unbearable to me these days.

For all the money, tech, computer knowledge and, I'm sure, patience with customer support needed to enable yet another bloody shooter, I'll bet the whole bloody experience in terms of fun (the thing we apparently play games for) doesn't match 5 minutes of a simple classic like Boulder Dash. O Rockford, where art thou...
C

JakubK666 said:
Well it did...anybody know a game with better graphics.In fact can anybody think of the game that can top Crysis within the next 5 years?
Click to expand... 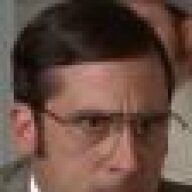 Yerocha said:
One question I keep having: who is that "Bland Average Guy" that keeps appearing? I know I've seen him before, but I'm not sure where.

Also, now that Crysis has been reviewed, I'm wondering what is actually left to review of the sudden game boom?
Click to expand...

hey yahtzee where exactly does racism come in while im playing crysis? (other than we dont seem to be to friendly with koreans or the northern persuasion these days) im thinking the game designers were thinking that we'd all rather be blowing away communists than say, the polish. (a la mercenaries) also, you noted that a recent resident evil trailer the antagonists all happened to be well, black. curiously though i wonder who other than black africans could convincingly inhabit a sub-saharan village, the cast of the OC? your all for taking a story to new and interesting places (it seems that we've done nothing but slaughter various light skinned peoples in the various aforementioned resident evil games) just so long as theyre not populated by minorities.

anyway, not a big deal, just being a critic. laughed my head of as usual. although i do demand a review of mercenaries 2 when i comes out. i was a big fan of a last one, or koreans...

I have to disagree about the FarCry comments. That game wasn't insanely difficult. It just wasn't designed for casual FPS players. You had to play it like you were really on a remote island filled with Mercenaries and Mutants. Running around and even crouching in the bushes does not work. You have to spend a lot of time prone with a silenced weapon to make the most of the game. Which I thought would be really boring but actually turned out to be incredibly fun.
C

Rockin' the DS, as it happens:
http://www.boulder-dash-rocks.com/
C

I don't think I'll be buying Crysis anytime soon on my laptop that has one measly GB of RAM.
F

I'd like to note that the map for the island at 0:45 was actually the island for Armed Assault! Although that was probably intensional. 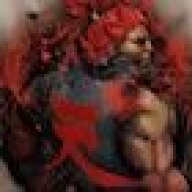 Yerocha said:
One question I keep having: who is that "Bland Average Guy" that keeps appearing? I know I've seen him before, but I'm not sure where.
Click to expand...

Muddy62 said:
Excellent REVIEW YAHTZEE
you hit the nail on the hammer before this came out everyone was like"oh this will be one of the best games ever its going to set a new standARds
Click to expand...

Well it did...anybody know a game with better graphics.In fact can anybody think of the game that can top Crysis within the next 5 years?
Click to expand...

Actually, there's been rumors (I sort-of trust the person I heard it from) about a Far Cry 2 that'll be based on an uppgraded CryEngine with even more detailed physics!

Oh, and about whining comps;
My comp has a 1.81Ghz AMD single core, 1GB RAM and a GeForce 6600, and it looks completely awful! (I actually bought it in advance of geting a new comp). The sharders could best be described as 8-bit bmp's copy-pasted from Soldat and given a lower opacity in photoshop elements 3.0. Well, that 8800's gonna be appreciated.
Click to expand...

Hmm, I loved the visuals in the game, but its probably the quickest way to depress you about your pc's performance. Im running an AMD phenom, 4gb ram and 2 8800GT's in SLi and this game still kills it, like completely man.

So my recommendation is this, If you need to upgrade anyway, which it sounds like you do, dont use Crysis as a bench mark, you'll spend 1000's and get nowhere with it.

Crysis is very pretty, but medium specs is about all anything will handle, sure if your running 2 GTX's or something im sure you might nearly get to high quality. However whatever Crytek did, it seems that as your pc lags out due to frame rate, the game seems to slow down, it stays relatively smooth throughout the whole 'cpu dying' thing and comes back to life again once everything slows down, until you get to the snow section, then its time for low graphics.

Its a fun game, but only for alittle while, if you want a fun FPS, then go out and get COD4, its fun, pretty and theres something incredibly fun about using a silenced M4 with a 203 and reflex sight.
S

I'm surprised you didn't pick up on the Marines being completely mental and almost sacrificial maybe even completely, towards the survival of the human race.
That and the mini-gun was a big pile of something.

About FarCry I disagree. Played this crap on hard and I all I got had been stupid AI with 10 mercs running straight line at me to be mowed down or a cave with ( again ) stupid AI that didn't even know I'm there if I sat on their fucking noses! With other words if you get killed in that game often I don't know what you are doing wrong since the AI is beyond bearable.

What goes for Crysis I miss a final verdict from you. What is it now? Worth it only for the graphics? Okay in that situation the game has to suck major balls since games only pondering on graphics have to make up for a huge lack in other disciplines. I guess I have to wait longer for a game with actual "gameplay" instead of "graFXplay" ( somebody needs to kick those idiots in the games industries in their balls for so much crap on the chain ).
T

Lol! Now to get hold of Crysis so I can test out my quad core with 4gb of RAM - which suprisingly didn't cost me my soul...

A giant leap better than far crap and it's looks are absolutely stunning! There are no radioactive, invisible, crazy monkeys here nor big fat, bazooka, crazy gorillas either, good start!

About vehicles, I really don't understand the issue, they were easy to drive. The "AI" however, what does actually AI stand for? Well I know but the people behind crysis doesn't.
They probably thought it meant "Artificial ignorance" or something.

Just as an example:

When you drive into a car you can't continue to drive into the car to get "past" it. You have to reverse and then do loads of steering to get past the obstacles. The sames goes for dead crash landed aliens which are just about to blow...

Game is a bit more than average, defiantly agree on that.

Hilarious to drive with cloak on by the way! ^^,
D

Anybody else wonder about the specs on which Yathzee played it? I'm a little disappointed on the lack of information as well though, I can read that it's pretty on just about everywhere on the net. Tell us about the bugs, the storyline, the interface, etc. I had a good laugh but it felt a little rushed/short.

Well unlike you people my PC doesn't start to hover when I turn it on. And playing Crysis with everthing at minimum and a processor imersed in liquid helium (and for those that do not know liquid helium is the closset thing to absolute zero... so it DA coolest thing known to man) is an incredably iratating experience. I mean i'm an US comando bla bla with a kick ass suit on me and those f'ing koreans can shoot me down with 2 AK bullets. Not to mention the fact that the soldiers with flack jackets on them needed a poitn black head shot with a shotgun to go down. An the vehicles section was a little more fun beacause I just drove through at least 25% of the game without shooting anyone or anything.

And the spaceship oohh don't get me started on that. I mean why do game desingers don't include the option to remove particles. The maximum fps I got on that was like 10 maybe 12. I seriously don't know how I got past that level. Then I started the next one where the captain of my team got his undies in a bunch and fucked his super-special-awesome* comando spacesuit. And that was it I uninstalled what is the worst FPS of 2007.


And referring to Yahtzee's review I seriously wished he would've tore it a new one. Anyway I'm sorta' satisfied with this. I could say I'm waiting for a review of The Witcher or Call of Duty 4, but the midterms are coming up so gaming is a no go for now. But the still The Witcher is seriously addictive.

*blame it on LittleKuriboh, not me. 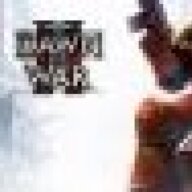 Incredible review, very much hit the nail on the head, although I disagree on the NK having less advanced tech (apart from the nano-suit that is)...
Also, you don't need THAT expensive a computer to have a smooth sailing expirience...
I'm running 1x 8800GTX, an E6600, clocked at 3.1Ghz, 3(4)gigs of RAM and Windows XP, and running the game at 1680x1050 with a blend of high, medium and "very-high" settings, I get a solid 30fps even outside... Sure, it dips to about 20fps when the going gets rough, but for Crysis that's still playable... And the game is so much fun (I've completed it three times on three different difficulties, and I still haven't tired of it), I'd still rank it one of the best games this year...

I honestly thought that Yahtzee was going to rip Crysis a new one, but he actually gave it his reccommendation, which should say something about the game (think Bioshock/The Orange box/Super Mario Galaxy)... 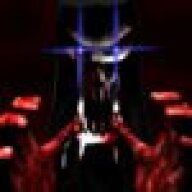 Hold up, wait a minute! If no computer can run it at max settings, then how do they test it? How do they know the max settings even work?

you didn't think the suite looked cool? I thought it had great design. I was waiting for this review because all my PC friends say it's amazing but I was questioning whether it's actually fun or not and worth the cash I keep scraping for. I thought playing it would be like going out with a girl just because she's hot. Thanks for the review

I see people complaining about dumb team mate. What shooter (besides Half-Life 2) had competent AI protagonist? I suppose that's a given and not worth using Yahtzee's 4min video time. 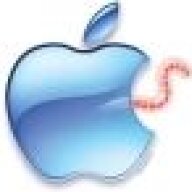 Grinfoot said:
Dead-on review. Especially the part about the VTOL. I'm just surprised that he didn't mention the ineptitude of a lot of the NKs.
Click to expand...