Well, nowadays cheap compared to ONE other platform...
V

I think Yahtzee's starting to sound just a little like the tiresome-yet-amusing "hardcore" gamers who complain that for once the biggest console out there is not targeted directly at them. Sure, the Wii is not perfect, and it's got a lot of shovelware, but resenting a console because of its focus on casual and "kiddy" games is kind of ludicrous- do only 18-34 year old men deserve marketing attention? Be grateful someone's mixing it up finally!

Interestingly enough, though this review is somewhat negative it does give enough information that I actually think I'd enjoy this game. In that sense I think Yahtzee did a good job, because a good review isn't one that makes you agree with the author so much as it is one that gives you enough information to make your own decision. I think he needs to come to terms with the fact that the Wii isn't so much bad as it is not for him, but other than that, good show. 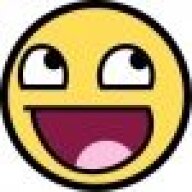 For a moment there, I thought Yahtzee made a reference to Evil Dead 2/Army of Darkness when he mentioned having chainsaw in the place of your hand. But then again...

The points system is what got to me the most (aside from the controls, but that's obvious, isn't it?), Yahtzee pointed its flaws out as well. It would need proper fixing, but not taking away. Because if it was taken away, well... the game would lose a lot of meaning to playing it. Or not, if you are in it just for violence (don't know many who would pick Mad World over, say, Manhunt or any similar game).

And the Wii controls don't work with these kinds of games, it's also why I play games on the Wii that don't require the waving around of the Wiimote, making you look like the ADHD village idiot blathering about pink winged men in the sky, just to do jump, punch, or any action necessary for going through the game. It was fun for the Wii Sports (and that fun didn't last long) but that's just it.

As for what Yahtzee gave us, it was a quality review. Sort of a blow to the gut, since I still hold some hope for the Wii (eventually this will prove out to be a bad idea and a waste of time, I know) but what with having experienced all the flaws there are, I see that he is making sense. 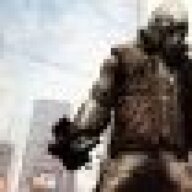 Just picture that for a moment, doing up your fly with a chainsaw for an arm...
G

who is that one picture that yahtzee uses all the time, its at 2:15 in this one but he uses it in a lot of other ones too. ive seen that man before but i cant seem to remember where
0

that was very weird. Also in most cases during this I'm going "snap!" 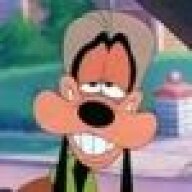 i loved the solynt green reference 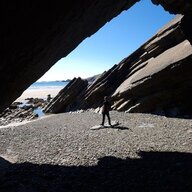 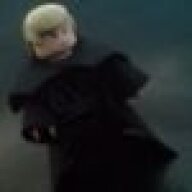 My Dad now has a Wii. He's the kind of person who wouldn't touch a serious games console unless it held the key to immortality, so this goes to show what a pile of crap the Wii must be.
Five minutes with the motion control bollocks and I'm ready to throw it out the window.
Death to nintendo.
Oh, good "review" Yahtzee. Let's see more anti-nintendo rants! Just pick any random Wii game and use it as an excuse to piss all over the big N.
K

Great review Yahtzee! Now as much as I like Madworld, I HAVE to agree that it is repetitive. Two hours in, and I stopped at the dungeon level.

Also I HATE it when the wii remote doesn't respond at times. Everytime I execute a horizontal attack, I execute a vertical attack. Just tedious to keep on reconnecting the remote.

I'm going to finish it but I bet I'll trade it in a few months later.
E

j_meister said:
My Dad now has a Wii. He's the kind of person who wouldn't touch a serious games console unless it held the key to immortality, so this goes to show what a pile of crap the Wii must be.
Five minutes with the motion control bollocks and I'm ready to throw it out the window.
Death to nintendo.
Oh, good "review" Yahtzee. Let's see more anti-nintendo rants! Just pick any random Wii game and use it as an excuse to piss all over the big N.
Click to expand...

I can't tell what your point is. Surely if it's a console that appeals to people who haven't bought consoles before, that's a GOOD thing for the gaming industry, right? But then you say that you hate it and want more rants. 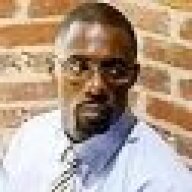 On that note, I thought the review was decent. Nice Clockwork Orange reference. And lol I'm not tired of the Wii bashing. Its REPETITIVE, admittedly, but it is so in a greatly entertaining and, at the best of times, unique.

About the Wii... I don't own one on grounds of Nintendo hating my country's guts and thus it costing about US$ 600,00 (and it's not all taxes, PS3 and 360 are about US$ 800,00 each... more expensive, sure, but at a different proportion). However I did get the chance to play one. More than once. In a friend's house. (EDIT: Both Nintendo and Sony didn't bother to officially launch their consoles in my country, making it even technically illegal to own one... and not having tech support for either. So I may be partial to Microsoft... but I don't care about the 360 either)

So... first off. The Wii really sucks really hard. After all the praise I got from my friend and from the industry about it's motion sensor technology: It just doesn't work. Precisely as Yahtzee said. Not only it captions your movement very poorly, it does so about a second after you prompt your command, so basically it's just like you're the one doing the movements, if you needed precognition to know what is about to happen because you're 1 sec out of sync with everything.

People say the Wii appeal to non-gamers to introduce them to gaming. I say this is bullocks, bullshit, and whatever more you want to call it. The vast majority of Wii owners only have one game: Wii Sports, the one that came with it. And they're very happy to have only that. From the ones who own more than one game, most still only owns two or three, because they took a shot, got another game, probably saw how absolutely worthless it was (more likely than not, considering it is the Wii and only a handful of Wii games are even tolerable) and completely disassociated themselves with games forever (save Wii sports). Finally, the sloppy controls are only giving these people the impression that games are still the same as 25 years ago... when they weren't that great and the controls were sloppy.

Bottom down, as much as the Wii is helping the gaming industry, it is harming much more the gaming COMMUNITY, giving argument to the mentality that games are only for children (and retarded children at that).
A

Henriksen said:
Why dont you just stop reviewing games for Nintendo if you hate them so mutch. Its getting pretty boring to listen to you wine about Nintendo all the time. It seems like nomather what comes out for it you will hate it.
Click to expand...

Because of reviewer obligation. It's no fun if everyone is sucking on the tit of nintendo or anyone else. If there is no discourse, no dissent, how do we know if a game is truly good? How do we recognize ass kisser and yes man from genuine review? We should encourage a difference of opinions and we should encourage people to share them. That's how opinions can be formed and ideas spread.
S 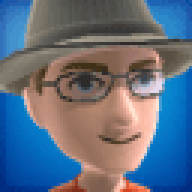