I was underwhelmed by this. I just don't get Max Payne as a cover shooter with QTE cut scenes. Really this struck me as a normal, *very* average shooter with a bad pastiche of the Max Payne character shoe-horned into it because they had the image rights to burn and needed a hook for the average shooter to make it appear less average.

Rob Moir said:
I was underwhelmed by this. I just don't get Max Payne as a cover shooter with QTE cut scenes. Really this struck me as a normal, *very* average shooter with a bad pastiche of the Max Payne character shoe-horned into it because they had the image rights to burn and needed a hook for the average shooter to make it appear less average.
Click to expand...

I rarely used cover in the single player, too. Just used bullet time whenever an enemy showed up, capped 'em, then moved on.

And here I thought Requiem: Avenging Angel was the first game to introduce "bullet time".

"YOU TOOK ALL THE PAINKILLERS IN THE WORLD!"

I had to stop the video at that point for a minute to catch my breath.

The game was pretty good, even if the story is a bit silly and Max is still moping the whole game. And there were way too many damned custcenes, sometimes i would grab a drink while waiting for it to end and then it suddenly ends in front of a bunch of armed guys using me for target practice. Other than that it was one of the best shooters i have played in years, the campaign lasts pretty long too, maybe thats because i got killed so often while failing shootdodge.
B

Awesome review! I'm debating picking this game up when I'm paid, reviews are so mixed but good gameplay with a shit story + protaganist, I think I could cope!

I eagerly await the Youtube deluge of videos of Max slamming into interesting objects. Perhaps to something from "Swan Lake".
R

- In some of the cut scenes, on the PC version at least.
Press RMB to block some guy with a big knife. Press LMB to take the knife off them. Now press F to kick them to the kerb and finally, Left Ctrl to give them their knife back (if you know what I mean).

EDIT: shit, double post. Damn it, been a long time since I've done that.

I enjoyed the game, but Max Payne 2 is still the best one (escorting a Captain Baseball Bat Boy mascot with a bomb inside it with possibly the best death screen ever if you fail? AWESOME!). I thought the shoot-dodging was much improved, and it was funny seeing Max go mental with Brazilians who don't understand he doesn't speak their language, but it was nonsense. The whole story was nonsense. Interesting, but nonsense.

I guess Yahtzee missed the part where the crosshair turns to an X when you do a killshot. As for enemies still being alive as you're getting up after finishing bullet-dodge, just use bullet-time as you're getting up to put them down. The story isn't really all that complicated either, it is at first but it's explained properly by the end.

I agree that Max moping most of the game was a bit annoying but I suppose he does have a fairly good reason to be a depressed drunk but
he did end up sobering up through the game and then at the end it looked like he'd finally decided to start getting on with his life.
I loved the game. The only thing I hated about it is how Max got out his sidearm for every fucking cutscene when he had an assault rifle. "Max you have an assault rifle, use it! I'm low on ammo for my handgun, shit the cutscene is over and now I'm in a room full of enemies with my sidearm out, thanks Max"

He didn't have a dog in the song though though. 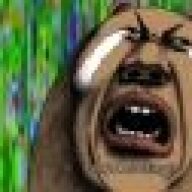 I actually really liked Max Payne's character. He's a cynical, maniacal badass. His burst of witty dialogue and staccato humour. Love him. I'd like to see Nathan Drake get locked in a room with Max Payne. 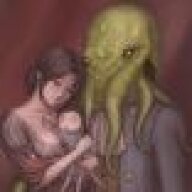 Actually, Max Payne 1 was the SECOND game that introduced Bullet Time to ZA WARUDO of videogames. The first of being, of course, Requiem: The Avenging Angel. A game that could be described as Painkiller meets Half Life.

And I am not lying when I say that it also uses the "no cutscenes" approach of Half Life when you interact with people during the gamepley (mostly). 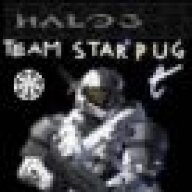 Holy crap there's a pug in this episode. Best pug episode yet.
M

Hey, it's been a while since Yahztee sounded like he was reccomending something!

NuclearShadow said:
I think those who dislike Max's character simply do not like a humanized character. Not every hero has to be a macho brute with no emotions but anger. Max was a common man who was deeply emotionally scarred because of the events that took place, he became a addict and shows true humanity in him. He is flawed and that is his appeal.

The game-play criticism is fair enough but I think Yahtzee was just looking for something to complain about beyond that and targeted the character. He also seems to fail to realize that we are suppose to judge Max in our own way. So whether you find Max to be a tragic character that you sympathize with or one that you think is over emotional and looked down upon, the character worked perfectly as intended. It's a shame to see him express his dislike against the stereotypical macho characters in the past and then position himself against the very opposite of that here.

So in closing, either Yahtzee just needed another complaint and attacked the well developed character or Yahtzee really just doesn't understand the arts.
Click to expand...

I think Yahtzee is merely critiquing the idea of Max's character, whether or not the depressed noir hero can be utilized for something more than just feeling bad about himself, and as someone who loves the character even I can understand where he's coming from. The tone of the game doesn't exactly change much, and some people will accept that, others may not.

I might be reading too deep, but I think Yahtzee is questioning the idea of Max Payne's flaws becoming monotonous rather than intriguing.

That said, I liked the game's story. It wasn't complex, but it showed the growth of Max Payne without being heavy handed, and that alone is impressive.

canadamus_prime said:
Ah, so it's another one of those stories where the main antagonist hires the main protagonist to stop all the bad stuff he's trying to carry out from some whacked out bizarro reason.
Click to expand...

Thanks.
You should have used spoiler tags.

canadamus_prime said:
Ah, so it's another one of those stories where the main antagonist hires the main protagonist to stop all the bad stuff he's trying to carry out from some whacked out bizarro reason.
Click to expand...

Thanks.
You should have used spoiler tags.
Click to expand...