This is just another case of Nintendo being lazy, just because a games made for kids doesn't mean you need to make it so every 5 year old with a safety helmet on can figure it out till the end with no effort.

Someone killed Conker for food?
Well, at least squirrels get as many lives as they think they can get away with.

I know I'll probably be the only one to pick up on this, but I laughed so hard during the first minute when Mario pulled out a sticker of Goran Vlaovic. So random XD
T

GonzoGamer said:
Was the neglected child under the stairs always a "thing" or do we have JK Rowling to thank for that?
Click to expand...

The Cupboard under the stairs is pretty much a JK Rowling twist on things. The idea of neglected children being hidden under the stairs is an old idea though, largely due to people having done things exactly like that. I think the earliest example of it becoming famous/pop culturery was when Wes Craven did the "People Under The Stairs" movie which took this to a horrorific extreme. I seem to remember it was based on a short story as well. "Flowers In The Attic" is also pretty famous but it switches the basement for, well, the attic, where the unwanted children are being kept, with routine attempts to poison/kill them. The old "Freddy's Nightmares" also did a take on this with a monster child being hidden in the basement, which apparently had shapeshifting/duplication powers and which swapped places with the girl who opened the door she wasn't supposed to.

More information than you probably wanted. In Yahtzee's case the referance is pretty obviously a JK Rowling referance as the child in the cupboard is a good thing. With the exception of "Flowers" in most of these stories at least there is a "good" reason for it. The child(ren) being some kind of lovecraftian horror, heavily inbred, utterly insane, etc... It's almost always been a "thing", and there are many instances I haven't mentioned, as it is a stereotype. To be honest I don't think JK Rowling set out to "subvert the trope" however, given that it usually amounts to a sort of Aesopian fable where whatever is there belongs there (contrary to the historical counterpoint of this being done to bastards, mentally ill, inbred children, etc...). JK Rowling having started "Harry Potter" for her children before she knew it was going to take off, and she probably picked something that would be bad to a very long child, but not so bad as to be utterly horrific, while keeping up the somewhat silly/cutesy vibe the books possess (more so than the movies) with some occasional very dark/serious stuff coming up as a counterpoint. 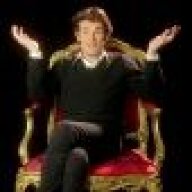 Oh wow, that hadn't even occured to me. You may be right on that one. Jesus... 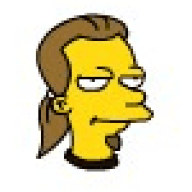 I approve of this episode. 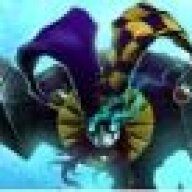 The only thing that needs to be thrown in the cupboard is Shigeru Miyamoto and his paranoia towards games telling stories. In a recent Iwata Asks segment, it was revealed that it was by his influence that the story elements were stripped and the gameplay of Sticker Star was changed to focus primarily on the stickers. Apparently, he felt there had been too much story in Super Mario Galaxy and the recent Legend of Zelda: Skyward Sword, in place of a more intense focus on the gameplay itself.

Paper Mario is a series where story and RPG elements matter and are expected by the players; they are essential to why the previous games are so endearing. Removing them from the series is like making the next Zelda an online-only tea party simulator and presenting it to the public as the next logical installment of the main series. Sure, you might have all the characters, art, and music that screams Zelda in appearance, but you don't have a Zelda game, you have a far-fetched and terrible spin-off. While there are some elements you can change in a game's formula without risking the quality of the game, removing significant core elements that are signature to that series is an extreme risk that takes a lot of skill and luck to pull off to still make a good game. There is a reason why Halo focuses on futuristic warfare, Zelda on exploration, and Burnout on smashing cars. The original Paper Mario and its sequel are good examples of how a spin-off can indeed become a great series of its own. Sticker Star, however, is a fine example how a spin-off (of a spin-off) can become the worst thing to happen to a series because of identity issues.

If people want a Mario game that has minimal story and a focus on gameplay, they can play every other Mario game in existence. Trying to make a series into something its not for no good reason beyond some ridiculous notion that every decision Miyamoto makes is a good one can only hurt the quality of Nintendo's games in the long run. 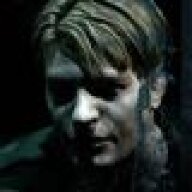 itsmeyouidiot said:
Once again, Yahtzee proves himself to be nothing more than a hypocritical douchebag.

You spend all sorts of other videos demanding innovation from Nintendo, and yet when they do decide to do something different with one of their series, you hate it on principle?

How the fuck does that work?
Click to expand...

There's a difference between ruining a series and making it different. Not to mention he said that this game was nothing new for the series and just the same mario formula.

So our only two options are stagnation and crap?

I'm surprised nobody's tried to make a remix or a dubstep or something out of the "grasslands, desert" etc. thing he did. I thought the internet jumped all over that sort of thing.
Hell, I've heard a Kefka laugh dubstep. The internet's really resisting the temptation here. 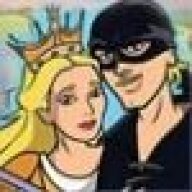 Was that "pushing people onto railway tracks behind the schoolyard" comment a reference to a very old very strange PSA from the U.K.? Holy crap!

Good to see a man with good taste in the cider department. 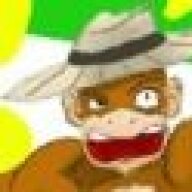 I wanted to dislike this game but... stuff like this just made me love it.

Okay, I signed up to post my remix (because I resisted quite hard to make one last time - buh, wuh, nani?) and i've been a long time fan.

So here's my attempt at a remix for Yahtzee's review of Paper Mario: Sticker Star.

Edit: Though it looks like I may have been beaten to it.
:
Edit2: Also added it to youtube, incase random links scare you =D

I am not have many expectations from Nintendo. I am little bit disappointed.
K

Just wanted to answer ZP's question about why the game uses stickers. Stickers (called "seals" in Japanese) are huge in Japan with kids; they go completely crazy over them, up until about 8th grade or so. Teachers constantly give them out as rewards, kids constantly collect them, and stickers are even used in lieu of letter grades. This is why stickers also appeared in Super Smash Bros. Brawl; Sakurai was quoted in an interview once saying something to the effect of "Kids enjoy collecting stickers, so we think that they'll enjoy collecting them in this game." Once you've studied Japanese culture enough and lived in Japan for long enough, you start to realize just how Japan-centric Nintendo and all its games and hardware are. A lot of the places in games are based off of Japanese places (PokeMarts mirror Japanese convenient stores, etc.), and a lot of the humor is distinctly Japanese, which is why I think the guys who translated the Mario & Luigi series did such a fantastic and difficult job.