Annom said:
I rather enjoyed the witcher, but I'm sure you'll hear that enough in the 100+ comments this will get.
Click to expand...

It's true! And the story is nice.
G

I don't get the bit at the end. Besides that I didn't think it was very funny (I saw the resume joke coming from a mile away), not to discourage Yahtzee from trying new things, was that from Painkiller or The Witcher? If it was from Painkiller, why was it included?
M

Bah. The only ZP so far I found neither funny, nor true. But it may be because I'm that rare breed of people that enjoy CRPGs. I think that tends to happen when people write about genres they don't care about. The Mass Effect review should have been a clue. At least it mostly said things that were true. :\ 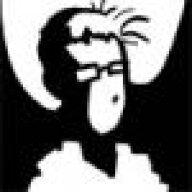 I did enjoy the review, but I can't help and think why Yahtzee keeps reviewing RPGs when he doesn't really seem to like them that much.

You know Yahtzee, over the last few weeks I have began to feel less and less like watching your reviews every week. Slowly, over time, I've found myself laughing less and less

I must write this quickly, for the tears of laughter are running down my face and they're so great in quantity I fear my this may be the end of my computer.

FUCK-ING-TAN-FASTIC!!! somewhere between washing the gimp and the hover with a pufferfish on the end I just about burst my kidney from laughing

Excellent job Yahtzee, especially since I was considering buying it.
E

apart from that, today's review was great.
J

This was so well done on a funny ha-HA level that I actually don't care if you're right about the game or not (though it sounds like you might be). I registered for an account just to say that. Comedy. GOLD.

Shinsquall said:
Frankly...this week's review was rather poor...the few things that Yahtzee pointed out to can be sorted out in about 20-40 minutes of starting the game ( alchemy is optional on easy mode at least), although I have to admit that I was a bit annoyed at having to walk unjustifiably long distances in the first chapter, but that's about where my opinion stops coinciding with his, try following the story a bit, you might end up liking it in the end. The painkiller bit was nice though...
Click to expand...

Wait wait wait...hold on...you watch yahtzee for actual views on how good a game is? If anyone who went on this site truely did that we'd all have portal and virtually nothing else.
I don't watch Zero for games, I watch him for laughs 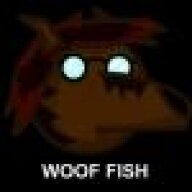 Is it me, or was there a guy behind him laughing when he ansted about the dirty console players
X

Annom said:
I rather enjoyed the witcher, but I'm sure you'll hear that enough in the 100+ comments this will get.
Click to expand...

Most of his reviews destroy just about any game, even if they are just about the best thing since sliced bread. Take the reviews for what they are: brilliant humour. If you really want to know how good a game is, talk to a mate who played it or rent it yourself. Or did you expect to find a review from any company that is paid by publishers that is trustworthy (yes gamespot/ign/famitsu/etc. I'm looking at you ¬_¬) 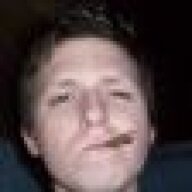 THIS IS A MUMORPUGUH! lmao
D

Oh my, OH MY! That was the most vile, and evil Yahtzee i have heard yet! And i love it. That so makes up for the wee bit bland Crysis review (Not bad, just kind off meh) This is officialy my ew favourite ZP review.
C

i sold this game last week to some random old guy that pretty much looked like the way he described his dad.... and its the only copy i've sold since it was released.

Xerxes has the right idea. The reviews are funny and that's all I'll ever expect them to be. If they give me a little bit of insight into a game, that's all well and good, but that's unlikely. To really have a "review" mean much of anything you have to feel the same way about games as the person telling you about it, that or they have to just present you with an extraordinarily long set of unadulterated facts, in which case just go play it and find out instead.

To that end, this one was rather funny, and I could tell something fun an extra was coming by the load bar which made my absolutely full of glee. Hopefully more of that is to come. The only critical thing in the thread I have to agree with is that ZP needs not to do many more RPGs, not because he hates them and the review won't be accurate or whatever. But rather for the same reason that you cannot tell the same joke (reformulated as it may be) more than a couple times before people stop laughing.
B

Jenx said:
I did enjoy the review, but I can't help and think why Yahtzee keeps reviewing RPGs when he doesn't really seem to like them that much.
Click to expand...

Because he has no choice in what he reviews. He works for the Escapist, and they'll pick what they think will draw in the most hits.
T

Everything he said about The Witcher was true. If you can get through that, it's a really fun game. Remember that little 'if' though.

As for the end Yahtzee, you've just managed to eclipse every single review you've ever made in one fell dubbing swoop. Best thing you've ever done, and that includes the Pyramid Head play you wrote. I hope you're proud of yourself - you have to do this every week now. Enjoy!
D

Fantastic as always. I agree with pretty much everything you said about the Witcher.. The story is interesting but too much bullshit to put up with to get to said story. The biggest issue for me was the mmorpg style quests (Which you pointed out) that went on forever and made me forget the main story.