awesome, esp the momoffiker part (don't care how it's spelled losers) I think I'm going to use it for dull moments in life that grind like this, THIS IS A MOMOFFIKER! 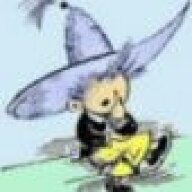 since some old news hasn't reached this part of the internets, i'll post them:

the english script of the game is a cut-down version of the original polish one ( compare them yourself: http://www.thewitcher.com/forum/index.php?topic=6925.msg195631#msg195631 <- remember that the US/UK game is version C)

there is a way to get the original script back since it's included on the disc anyway: http://www.thewitcher.com/forum/index.php?topic=6925.msg194507#msg194507
but it's rather useless without the Polish VoiceOvers, which you'll need to find yourself

the original script has some issues, that me and some other users are documenting ( http://www.thewitcher.com/forum/index.php?topic=7771.0 ) so that when the proper SDK is available we can fixit up, if you look around you'll see that they're mostly one liner fixes 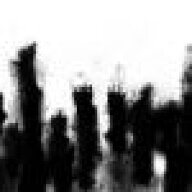 I played the demo for that game and couldn't stand it. I couldn't even finish the demo it was so horrible. I also loved the reference to the console peasants. Quite true. Long live the glorious PC Gaming master race!
N

Yay,ive played Witcher like for 15 hours, before i've finally gave up (or once i got tired of 3d boobies that is)...
Anyways, fully agree with your ranting and the Painkiller part was hilarious.

p.s.
In euro version of the witcher those cards & few other things are uncensored.
I

For the first time, I'm going to have to disagree with Yahtzee. While I concede the point that there are some bits where you have to work out what is is you're doing next, I played the game and really enjoyed it. I liked the combat style, the plot was involving and the setting and people were more believable that in most other games I've seen (compare Neverwinter Nights, where you're either a paragon of virtue or a scumbag). I even thought that one of the romance plots was actually kind of, well... romantic.
I'm a bit disappointed. I really thought Yahtzee would at least give them credit for not being just another brightly-lit "Captain Bland's Monotonous Adventure".
I

I had great fun with Witcher, but the review was still hilarious.
Though after the "vacuum cleaner with a puffer fish on the end" line you could just gone "Hurf durf" and shown a Goatse marathon for three minutes and i still would have forgiven you.
S

I was really starting to enjoy the review, and wondering where it'd go to make it all the way to almost 6 minutes... Then I see the credits and that is where things took a turn for the worst. Sorry, but I have a sort of distaste for that kind of stuff. It's almost like dog food commercials that give puppies child-like voices to make them sound cute, in that my desire to punt puppies increases.

Save the Puppies, don't make the dub a common fixture. Your reviews are awesome, so please don't try to 'improve' upon the formula like so many others do.
Z

Oh god, the "Painkiller" bit was one of the funniest in any of your reviews! Keep it up, me and my friends love you reviews!
F

Why is it that whenever an individual disagrees with Yahtzee's assessment of a game - or his methods - they fall back into the same old rhetoric about these being entertainment pieces instead of actual reviews? In what way is an opinion piece, or something that is in some way humorous, not a valid review? If we are to hold games up to the same standards we do film and literature, then we should abandon this silly notion that game reviews require this objective, removed, scientific analysis complete with pointless numerical score. An impression is still a useful tool, and you should never use a single review as an excuse to buy or not buy a game. Instead, think about how the reviewer experienced the game; think about your relationship with that reviewer, what their interests are, how they approach games, and how that differs from or is similar to your own. When you read (or in this case watch) a critic's work for a long enough period of time, you understand how similar to your different from your own preferences they stand. This is the true benefit you gain from a review, not an 88.3/100.

I'd never claim to speak for Yahtzee, but in my opinion, his reviews are every bit as valuable and legitimate as any. More so, even, than most reviews from major publications, where you're constantly wondering what the critic's relationship with the advertiser is, or what kind of editorial pressure they might be under to deliver higher scores in order to stay afloat.

Yes, they have the added benefit of being entertaining, and yes he most certainly doesn't present every possible angle for you to consider, but that's the thing about art - it's a personal experience. Why should anyone bother to try to fight through dozens of hours to find a way to enjoy something that clearly does nothing for them when there's so much more out there that does, or might? There's not enough time in the world to play every game, read every book and watch every movie.

And to echo other posters here, I imagine that I might like The Witcher for many of the reasons Yahtzee doesn't. I may not. There's no telling until I get the opportunity to play it. But my enjoyment of the game wouldn't change how I feel about game reviews any more than this post will prevent another few dozen people from posting about how they only watch ZP for laughs.

Hi, I'm a long time fan, first time caller. Good job. Next time skip the game extending side quests (80 hours of non-linear gameplay) and start doing the main quests. It takes less time, and some might say it's more fun than collecting 10 rat tails like in a real mumorpuger. That's what we boring RPGers do (I am your faaather!).

I actually thought this was not one of your (yes I'm adressing you Yahtzee even though I'm 81% sure you'll never read this comment so far if you're reading at all because of my badly formed negativity toward you) best reviews simply because usually he knows the game and can crack jokes that people who played the game might find amusing. Since not many people have played the game (and what can you expect from a Polish crackjob studio doing their first game with the first NWN engine) you decided to go with the general "ha ha" style.

That draws a difference between this game I liked and the other games I liked which you said to be complete ass. I liked the other reviews because you actually made valid points about the game's flaws and played around with them. On The Witcher, you didn't familiarize yourself with the game enough and made comments based on the first impressions (that may be why you called it "the first impressions" but hell let's just run with it).
S

LOL ..... Pufferfish! The voice overs reminded me of Brit sitcom spaced for some reason. Maybe because the 'receptionists' voice reminded me of how Tims voice gets deeper and deeper until it cracks.
T

Chis said:
Another excellent review, convinced me not to bother with The Witcher and just give Fallout 2 and Planescape: Torment more time instead.
Click to expand...

You realise he dislikes both of those games too? Check his website out. [http://www.fullyramblomatic.com/archive/20070814-1220.htm]


Tel Prydain said:
I assume that what you guys really mean this is the first time he's given a thumping to a PC-only game.
Click to expand...

Crysis is PC-only.
B

I have to agree on Yahtzee here. I've played the Witcher and I got all the way to the third act, only to lose interest. It had its points, but the poor voice acting, lame combat, bugs, and having to run all over the damn place really killed any enjoyment I had. 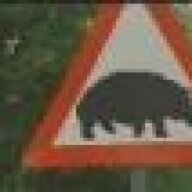 I really enjoyed the Witcher. A lot. Probably the best RPG I've ever played, despite the limitations of the Aurora engine (amazed at what CD Projekt was able to do with it, quite frankly). The manual is a fraction of the size of, say Neverwinter Nights and I was more than halfway through the game before I decided to glance at it out of curiosity since the game teaches you how to play.

Really, the game is not complex. You have a steel sword (for men) and a silver sword (for monsters) and about a half dozen spells (eventually). If you're fighting one, strong enemy, you use strong style. If it's one quick enemy, you use fast style. If it's a bunch of scrubs, you use group style. If you use the "wrong" sword or style, unless you're facing a boss fight, the fight just takes a bit longer. No more complex than your average FPS.

Oh, and you can make potions and bombs. Since you can distill useful elements from just about everything, you end up filling your bags with random leaves and body bits. The inventory system just isn't well-geared for all the crap you can pick up.

The story had a couple really good twists at the end.

The middle of the story is...thick. There is a complex web of politics and alliances that you (and your character) could care less about, except to the extent that it interferes with the job at hand (which is to recover the stolen Witcher formulae).

Anyway, lamenting the lack of a middle ground in a game like Bioshock then ignoring the fact that you're presented with exactly that in the Witcher (none of the choices are particularly "good" but you can choose to support one major faction, the other, or neither) seems a little silly. This whole game is played on the middle ground.

Anyway, there's a cut-scene heavy demo for the game (there's a lot of back story in the beginning...the whole game isn't like that) to help folks judge the game for themselves.
F

The Tingler said:
You realise he dislikes both of those games too? Check his website out. [http://www.fullyramblomatic.com/archive/20070814-1220.htm]
Click to expand...

I was surprised by his dislike of Planescape. It really did seem like he was implying that he liked the game in that review, and while wordy, the writing in P:T is superb.

I loved the review, and the pacing is back up there with the zero punctuation greatness we all came here for. Oddly enough though, I actually found myself more interested in The Witcher, as it's boring, stodgy, read-the-giant-fucking-manual gameplay is exactly the kind of PC gaming experience I'm interested in.

So well done on all counts.
J

Edited three seconds later: Also am I an idiot for not getting that part at the end? *shrug*
H

I've never heard of this game and apparently I'm glad I didn't. So I was somewhat lost in the review, but you made up for it with that skit at the end. Very suprising.
Show hidden low quality content
You must log in or register to reply here.
Share:
Facebook Twitter Reddit Pinterest Tumblr WhatsApp Email Link
Top Bottom