Still a turn off for me, this game sounded like it'd be perfect for having a flexible narrative but it ruins that because it has to tie in with the other story. Why even make it a choice then?
Click to expand...

You've got me there. Like I said choosing the older son will have his dad be nicer to you when you leave the farm. Maybe if you return there later on it'll come into affect then? Honestly I don't know.

Edit: Also I don't think this ties into the comic's story very much. Its in the same universe as the comic, but its kind of doing its own thing as far as I know. I guess they just wanted to explain how he died is all.

OniaPL said:
So, Yahtzee absolutely loved the game and will admit that it is the new epitome of adventure games and the best game of this decade.


Seriously though, am I the only one who killed Larry? It's like everyone was taking a chance instead of the logical choice.
Click to expand...

I killed Larry, never liked him for slagging off Lee, who is a nice guy in my story. Lee only kills him to save the rest! 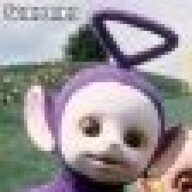 I want lemonade, on another note, anyone else read/reading TWD comics?

show was crap
comics siries is awsome (just reached issue 100!)
and the reason u dont care to see what next is probably cause u dont care about the tv/comic siries
you see some of these characters (the bossy chick whos fathers head u smash, that guy glenn and hershel and his family on the farm) apear later in the comics and show and for me its interesting to see how they got there
and yea the gameplay is rather weak but its ok its telltale the gameplay is not as important as the story...

yeahhhh it's not that I hate children, but a dimwitted kid just seemed to have a lower survival rating than a very competent dude. unfortunately that's one case where it was like an oh poop decision

still, in this vein of progress, episode 3 should be pretty sweet :]

Yahtzee has a point. I mean, really, how would you imagine the end of a zombie apocalypse? Most likely everyone alive dies either to famine, disease, accidents, survivor infighting or, you know, getting chomped on by the undead. The zombies, being already dead and all, will just slowly rot away and all that remains in a desolate wasteland slowly being claimed back by nature.


Waaghpowa said:
I saw the ending in Episode 2 coming a mile away. Still good despite it's predictability.
Click to expand...

Yes, it was quite obvious. Secluded farm, creepy, weirdly hospitable redneck family and a locked barn...

OF COURSE they are cannibals!
And yes, as Yahtzee said, it's quite obvious an evil military/mercenary/bandit band will make an appearance.

Also, they will most likely find:
- an isolated, weirdly too perfect (almost utopistic) camp or town with a dark secret. (That could be Ep. 2)
- a doctor who claims he has the cure, but it will either turn out to be a dud or he will die just before finishing it.
- another band of survivors mostly equal in size, demography and equipment, that they will get along well in the beginning but things will soon deteriorate, escalate and they will face them in open battle in the end. They will lose people, but also gain some new members left over from the other group.
- A lonely hermit, most likely a gun nut, living in a secluded shack or bunker with a large stockpile of food, equipment and weapons and refuses to share. (You know, the kind who everyone laughed at when they prepared for the apocalypse and when it did come, he gets to say "I told you so!".) The group is tired, out of food, ammo and equipment and when diplomacy fails they start infighting about either turning bandits themselves and stealing his stuff (possibly killing him in the process) or sticking to their morals in a world clearly devoid of any.

The game follows all the established and (over)used clichés, set-pieces and tropes of post-apocalyptic stories to the letter. The characters are clean cut stereotypes in the verge of becoming caricatures of themselves and the story is strictly railroaded with only the illusion of freedom of choice, although only a few people realized this yet. The game manipulates you into choosing the option they want you to choose, and if you still defy their power, they flat out force you back on track.

in EP1 if you choose the boy, the boy lives and the guy dies. If you do choose the guy instead, the boy still lives and the guy still dies, only little later.
Also, most of the other choices presented as "important" by the game are totally meaningless and have no effect on the flow of the main story in any way save for a few different dialog lines.

lemonade is the cure, thats the twist!
S

My mind was taken over by a Black Books flashback...
"And they ALL drank LEMONADE... The End!"

I played it and thoroughly enjoyed it.

I read both the comics and saw the series(thus far) and looking forward to see where the next episodes will lead.

I heartily recommend it.

Was Yahtzee trash-talking the end of "I Am Legend" in that last line?

If so, well done.

TheDrunkNinja said:
I completely agree. The characters in this game that force you to make choices really only want a yesman. They make it like they just want you at their back, but fuck 'em. Disagree once, especially in an instance where their side is really fucking inhuman, and they act like you've betrayed them.

I may be getting that game in the near future.

Sure does seem to be a lot of forced effectual moments in gaming this summer. Odd. Someone should look into that.

I didn't feed Larry either. First of all,
dude tried to kill me in the last episode, fuck him
and as pointed out in the review, no matter what you do he yells at you anyway. Screw Larry.


OniaPL said:
So, Yahtzee absolutely loved the game and will admit that it is the new epitome of adventure games and the best game of this decade.


Seriously though, am I the only one who killed Larry? It's like everyone was taking a chance instead of the logical choice.
Click to expand...

I killed Larry too. Like you said, it's the logical choice, and he's a massive asshole who tried to kill me previously. I really don't want a guy who already tried to kill me once around anymore, especially not at the expense of ruining a good relationship with a helpful survivor.

I don't like TellTale games. I was only mildly interested in their BTTF games, and only because I'm a fan of BTTF.
And I'm not really a fan of The Walking Dead.

I may be getting that game in the near future.
Click to expand...

Trailer? That's the link to the game itself. It's a free online flash game. I play it all the time. 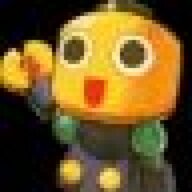 Hexenwolf said:
Haven't read the series or seen the show, but everyone keeps saying it's good. I might actually check the game out first, just to see if I like the world.
Click to expand...

You'd probably be better off starting with the show. From what was said in this review, one's sense of the world is pretty different between the game and the TV series. And the TV series seems pretty close to the graphic novels, so it might be to your advantage if you watch the show/read the series first.
Click to expand...

If by pretty close you mean that half the characters in the show are alive when they shouldn't be, and the other half has gone off in a completely different direction than the comic took them, yeah, I guess the show is pretty close to the comic.

Sometimes I can be pretty lenient with less than faithful adaptations(the Scott Pilgrim movie comes to mind), but The Walking Dead show just pisses me off.
Click to expand...

OT: On the subject of some of choices, most of them are just to establish relationships with characters. There are minor difference now but I wouldn't be surprised if later episodes have big differences depending on who's loyal to you.


Like at the end of episode 2 during the two fights with the farmboys, The person you supported so far through the game will come to your aid during the fights. If you have been against Lily the whole time she doesn't do the dramatic save at the end and leaves you to die.
Not much now but I'm hoping for something more later on. Especially since there's rumors that the next episode is taking place in Woodbury. We all know what's gonna happen there.

I laughed so hard when Yahtzee "[the child] will be a lot more tender and palatable, umnomnomnomnomnom!", I literally almost passed out... It felt like I was on the verge of laughing to death, and I loved every second of it.

Also, you can still write about John de Lancie's career without your "Q" key. After all, there's no "Q" in Discod... yet.