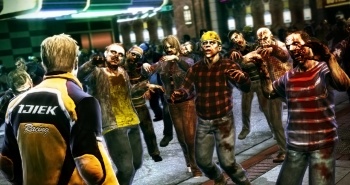 Zombies that were improperly arrested four years ago have gotten their just desserts in a recent court case settlement.

Back in 2006, a group of zombies [http://www.escapistmagazine.com/news/view/98716-Court-Gives-Zombies-Constitutional-Rights] were arrested for protesting on a street in Minneapolis, and subsequently jailed for two days. Then they were shot in the head to rid the world of their blight. The zombies filed a lawsuit against the city for what they believed was illegal and unjust treatment by police, and have succeeded at bringing in a hefty settlement.

Okay, they weren't actually shot in the head, and they weren't actually zombies, but human beings dressed up as zombies, face-paint and all, to protest "mindless consumerism." They were never charged with a crime, but were accused of using an iPod and music equipment as a "weapon of mass destruction" and just generally treated like they were something less than human, something undead even, by Minneapolis police. The group called their time in jail "traumatizing" due to police scaring them with the inflated charge, amongst other mistreatment.

After a court first threw out the zombies' lawsuit which demanded $50,000 for each shambler, a successful appeal lifted it to a higher court. Rather than deal with the court system, the city of Minneapolis decided to settle with the zombies for a lump sum of $165,000. Not bad for a few days' work of shambling and groaning, despite the jail time.

"I feel great that the city is being held accountable for the actions of their police," said Raphi Rechitsky, one of the zombies who relates the group's acts to that of a street performance. He says he and the others were trying to show society that it "buys and relies on new products as a replacement for real interaction." I'm sure that the $165,000 won't be used for any of that, now will it?

Hmmm after Gay rights past it will be Zombie rights in the Supreme court. I don't know how America will react to this. I mean Riots in the Cemeteries and all.

yeah, dead people have rights too!!!

PayJ567 said:
Being "traumatized" by fucking policemen does not deserve a big cash settle. What a load of bullshit this is and these people can kindly fuck off with their money and stop being such babies to get money.
Click to expand...

Because the Police have such a good track record with human rights and fair treatment of prisoners.

How was it a 'weapon of mass destruction' anyways.

That seems like an unrealistically large amount of money, but then I guess it was a pretty big screw up by the police as well. Zombies, cops, and the courts were acting in excess.

I like the little line at the end. You just know it's true.

At first I thought this was 100% BS then I followed the Link. This is AMAZING
L

PayJ567 said:
What a load of bullshit. Those fuckers don't deserve any money. If a bunch of 10 year olds went into a shopping centre dressed as zombies and pissed a load of people off and the police can and scared them about their consequences, who would care? People would be happy that they are teaching those kids a lesson.

So why the fuck are all the adults such delicate fucking flowers? You deserve a cash settlement if something happened to you that has put you out of work or what ever so you cannot earn money for yourself.

Being "traumatized" by fucking policemen does not deserve a big cash settle. What a load of bullshit this is and these people can kindly fuck off with their money and stop being such babies to get money.
Click to expand...

So true...
Well I got to add quality to this post some how...

Edit: Still if i got 100,000 dollars for every thing THIS traumatizing I think I be rich.
Edit2: Unless they secretly got raped while they were in jail

So spending a couple of nights in jail is "Traumatizing?" Right and i can fart super rainbows and shit gumdrops. 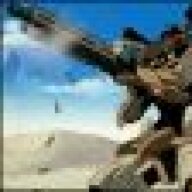 Loving every word of this article. 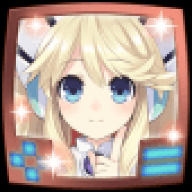 I think the Zombies were in error. They were obviously harassing people, and doing this while on private property. It's one thing to promote your opinion on consumerism, and your right to eat brains. It's another thing to do this while harassing people, and being a public nuisance. It is my opinion that Zombies are a public nuisance, and need to be dealt with accordingly, outside of the court system. If I were the city, I would not have given the flesh eating scourge any money to continue their ways. Ironically, these Zombies will likely use this money in consumerist ways, lol!

Firetaffer said:
How was it a 'weapon of mass destruction' anyways.
Click to expand...

If Ipod's are now Weapons of Mass Destruction.. gods, what is a fucking nuke classified as now? A miniature, vengeful Sun?

Actually having read the full article linked... this isn't so bad. I can only imagine what a bunch of morons in a jury would grant these people. I'd also like to know more in regards to proper permits, explanations, what-have-you... but I can settle with this knowing that each of them were denied the possibility of getting fifty thousand each. In a perfect world this would never have been brought back by an appellate court, but we don't live in such a world where zombies can listen to their iPods however they please, either. So, eh... I'll take this as a victory.

Awwwww, the zombies got the money

But what will they buy with this money? OH NO BRAIN RUN!
[img/]http://www.neurosurgery.ufl.edu/HopeHeels/Images/Brain_Runner_300.JPG[/img]