Zynga To Close OMGPop For Good By September

Zynga To Close OMGPop For Good By September 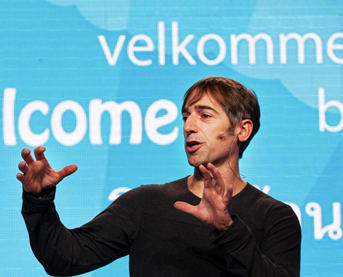 Remember when OMGPop was worth $200 million? Yeah, those days are over.

OMGPop, creator of Draw Something, will be shut down for good by the end of September. The studio itself shut down earlier this year, but some remnants - like the website - still exist. September's when its website closes, but before that happens four of its Facebook games - Cupcake Corner, Gem Rush, Pool World Champ and Snoops - will close down August 29th. None of those titles were that popular, attracting perhaps 50,000 active monthly users, but Draw Something and its sequel will continue to be supported. This was done, according to Zynga, "to make way for new and exciting gaming opportunities," but it's a sad end for the studio that Zynga bought for something in the region of $200 million [http://www.escapistmagazine.com/news/view/124604-Draw-Something-Studio-Falls-Victim-to-Zynga-Cuts].

Former OMGPop employees tried to buy back the website and some of OMGPop's assets. Even if Draw Something was off the table, anything Zynga was willing to sell would have attracted an offer. According to Zynga, this would have taken far too much legal work, and it wasn't in any hurry to sell anything. If you're at all curious about what's being shut down, take a look over here [http://www.omgpop.com/]. Maybe even stick around and play a game or two.

Back when Zynga shut down the OMGPop studio, there was much rejoicing [http://www.businessinsider.com/inside-zyngas-lay-offs-2013-6] amongst the newly unemployed staff. "You imagine big corporate settings where security is there to lead people out of the office so they don't make a scene. This was the opposite," said a OMGPop staffer. "Music was being played loudly, and people were ripping up Zynga hoodies and T-shirts. Anything that was Zynga was completely left there. The sentiment felt positive." Looks as though Zynga - intentionally or otherwise - may have responded to that farewell party.

"Our goal at Zynga is to give players the opportunity to play the most fun and social games. With this goal in mind, we have decided to close OMGPOP.com" Ok... so they acquire another company, make them milk whatever they had for a game and they close them? So whay I'm getting is that Zynga is basically minigames' EA...

grats to whoever got the check for 200 mil. gotta milk this stupid cash cows while you can 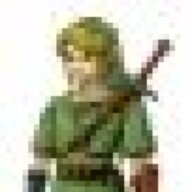 Our goal at Zynga is to give players the opportunity to play the most fun and social games.
Click to expand...

So they shut down OMGPOP, a site that's all about fun and social gaming? Well that's just... yeah...
Did they really have to pay $200 million for the whole thing just to shut it down? Couldn't they have *just* bought Draw My Thing for slightly less and let the rest of the team keep doing its thing? I used to use their site back when it was called "iminlikewithyou" (stupid name, I know) and through the early days of their name change to OMGPOP, and while I rarely visit the site any more, this news quite saddens me 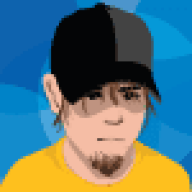 That's a shame. Before I had good Internet, I played a lot of OMGPOP's games.

Actually, wait. So the OMGPOP employees were willing to buy back their assets and keep their games alive, but Zynga said no because it would be too much legal work? So they're more interested in not doing work than preserving a set of admittedly fun games?

Now explain this to me. How does the development cost for a series of games whose quality can be trumped by solo first-time devs get so high that 50 thousand active users don't satisfy it? What's more, why did it have to be omgpop? I still use omgpop with friends all the time, usually playing either pool or draw something but still.

So Zynga is refusing selling the assets and are scrapping them instead? DOe Zynga just hate money or something?

people were ripping up Zynga hoodies and T-shirts
Click to expand...

If they didn't use tools then that's kind of impressive. Either that or shoddily made hoodies.

kailus13 said:
So Zynga is refusing selling the assets and are scrapping them instead? DOe Zynga just hate money or something?

people were ripping up Zynga hoodies and T-shirts
Click to expand...

If they didn't use tools then that's kind of impressive. Either that or shoddily made hoodies.
Click to expand...

They were probably knock-offs of other, better made hoodies from other companies just with the Zynga logo plastered on them.
C