Wouldn't it be easier if someone else had already done the legwork for you? Created the world, characters and story, filled the page already, leaving only blanks to be filled between the spaces? That's, in essence, what it's like starting a franchise writing project, and the writers for these games are just like any writers anywhere, only a large part of their work is already done. Or is it? 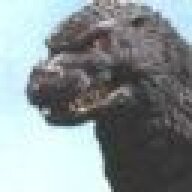 Great article -- thanks for the interview!

Rafael, I removed the reference to GRAW to avoid confusion.

But for the record, everyone, Rafael also worked on GRAW, alongside a great many talented writers and designers.
C

Speaking as a writer and game writer the comments are spot on.

When you sit down to write a story, it could be anything -- historical fiction, fantasy, space opera, romance, hard-boiled detective fiction, etc. Even if the genre is fixed, a game engine can still do pretty much anything. The scope and opportunity are enormous, but so is the time it takes in iterations with the design teams to narrow it down to something that everyone can agree on.

When working with established IP it is much simpler. The characters, world, relationships, and often talents/abilities are largely fixed; the job of the writer is more focused. The writer gets to play around with the characters, cause trouble, trip up the good guys, sneak in a reversal or betrayal or two, and generally have fun. They can concentrate on the detail of the motion and rhythm and plot of the story.

From the developer point of view, when working with established IP a few big chunks of the upstream creative work are done -- world bibles and character designs can take a lot of artist and writer time. If the writer comes in where there is really only story / synopsis as a first step, it makes for a more streamlined (if less creatively exciting) project.
A

I'm a game writer, and I wouldn't agree that working on an IP is easier for the writer. In fact, it should be harder, because when you create your own worlds, you go only as far as the development team. When you work on an IP, you have to consider not only the IP owners, but the existing fans the game is trying to reach. If you piss the fans off, you might as well have just created your own world that no one cares about, since no one will buy your game!

To get prepared to work on a franchise, research is necessary. Some writers don't "do" research when writing. I spoke with one writer who didn't use internet at work, and my thought was -- how did he do research? His reply: he didn't research, he just made everything up. I'm of the school that you should research as much as possible -- even for fantasy. When working on an IP, though, you don't have a choice -- you have to research the IP. For example, when I was on Stargate Worlds, I had to know cold the 10-year series it's based on -- the longest running Sci Fi series in US history. On the Witcher, I sat down and read the novel it was based on in French because that was what was available. If you're off in characterization, or you do a storyline the IP has already done, you just shot yourself in the foot.

In the end, when writing a game based on an original property, at worst you're dealing with genre experts; if you write a fantasy game, your fan base will be well-read fantasy experts. If you write for a specific IP, you not only face the genre experts, but experts who have lived and breathed that property for as long as it has been in existence. You have to master the IP, because you and your company can't afford not to.

A very interesting read, and also some great responses in this thread too! I'm a writer myself, but to even put myself near the league of you people is a ridiculous idea. I've barely gotten into compliations and I've, at best, been quoted in other people's signatures in forums. I've always wondered what it was like to write for a video game and the challenges involved. It's really funny, back when my friend had RPGMaker for Windows he asked me to do a quick script for him, to which I agreed. I had a lot of the same problems spoken of in the article when it comes to the "wasted time" when trying to get your script approved by the approval person, and to think this happened to me at 11 years old! It's always funny to see how little things can change between a project between friends and gaming behemoths.

This was a fantastic article and an informative interview. Another reason the Escapist is fast becoming my favorite online publication. 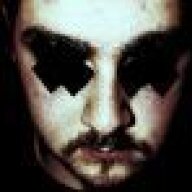 i know that game writers should follow some of the guidelines set by previous games and such, but new ideas, put into old ones are true successes, i know i just sound like everyone else saying this, but you need something new, once a franchise has already been developed, for about 7 or 8 games, you need to start changing the formula's that make them, or else it becomes the same old rubbish to people; a good example of this being zelda, many many games, and they all have the familiar ring to them, and now their getting dull, instead of putting link in the same old boring setting, put him somewhere new, hows about the futuristic city-scape of Hyrule, or maybe even the modern day-to-day life of a modern link. Contrasts, make the Game.

After 7 or 8 games, go DO SOMETHING DIFFERENT.
I can acquiesce for things that far remove it from the original (KOTOR was a completely different game from the rest of Star Wars)
I am sick and tired of every goddamn game coming out having a number after it. I realize that my fan game, Half-Life, is yet another culprit, but at least they keep doing new stuff on the side (Portal, DODS, helping with L4D)
Don't worry about inheriting your fanbase...say the words "From the makers of..." enough and people will get it. Assassin's Creed got all the Prince of Persia fans. Crysis got all the Far Cry fans. Even if it's essentially the same style...make something NEW. I don't care how hard it is. Frankly, I think you overstate the difficulty in new ideas.
Actually, someday I'd like to see a spiritual sequel, in a very similar environment to the prequel, and at some point in the story reveal that the two games are intertwined.