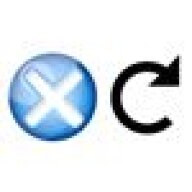 "The whole by-carrot approach means developers first have to work on something that represents a safe financial bet for the publisher - something like an Incredible Hulk tie-in, something possibly rather dull, something that may put drastic limits on originality and is almost certainly tied to a brutal schedule. What's more, the developer not only has to work on this humdrum project, it has to produce sales volume if it wants its carrot."

Matthew Sakey explains how developers and publishers can both have their cakes and eat them too.

Great article. Although, having worked on a licensed game, I don't think it's just a matter of creative freedom that makes those "chore" projects so tedious and painful. Part of the issue is that with a license, many people outside of the studio have a very significant say in the game. If you're making a game based on a movie based on a comic book license, you're at the mercy of the movie people and the comic book people (at least that's how our license worked - you pay to use their brand, subject to their review). And because those outsiders aren't usually around the studio, it leads to bad communication and very slow and rare review/revise cycles. This leads to horrific feature creep and design by committee, which leads to a horrible game, and the studio ends up looking bad for it.

There are many things the studio could potentially do. Such as, make sure those things don't happen by negotiating a more reasonable contract (maybe negotiate design "lockdowns" to avoid feature creep). So while I agree with your central thesis, I just wanted to point out that a studio's first "chore" project should not be taken lightly - it's not just taking out the garbage. There is very much a right way and a wrong way to do it.
A

I say start small. Small projects, lots of heart, perfect it. Go to the web and sell there.
Or aim higher, and look for Steam, XBLA, WiiWare or PSN, and cross fingers.
Pom Pom Games are a good example.
Or look for smaller publishers. Check out Trackmania [http://en.wikipedia.org/wiki/Trackmania]'s story.
They are not AAA titles, but who gives? They live from their job, they like what they do, and both publishers and devs are happy the way it is, and the players enjoy the products.
Show hidden low quality content
You must log in or register to reply here.
Share:
Facebook Twitter Reddit Pinterest Tumblr WhatsApp Email Link
Top Bottom