"The Escapist spoke with the Strangers, who took great pains to remain anonymous, in the fall. The email address provided was a mysterious, generic account, and they called us, refusing to provide a number where we could call them. When we attempted a return call, the person answering the phone sounded confused, as if their phone had been used without permission. It was like we'd stumbled on some vast conspiracy, and the Strangers, like characters from a spy novel, were using signals and tells to pass us information that wasn't entirely safe to hear.

And there's a reason for that: Their art is illegal."

Well done Russ! I'm not amazed that San Fran took off all the stencils. I'm sure some of the people were actually heart-broken to be covering the stencils up too. I think they had to do it because there are too many stupid people that would say "they wrote on the sidewalk, so I can too" and make a mess of everything. Once again, art and culture is destroyed because of the dumb. 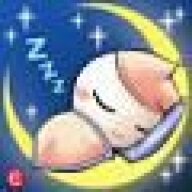 I feel so bad for the Strangers. Their art is often misunderstood and then said to be 'crap', in the words of some cops. Of course, graffiti is often corrupted by people who have nothing to add to the world but scribbles.
G

It sucks that Graffiti/Street Art, often gets thrown in with tasteless tagging and vandalism. Take a look at Banksy's work and thoughts on street art banksy.co.uk some of it's crap, but most of it is clever, and he makes some good points on the state of art, vandalism and the laws and regulations that decide the difference.