137: The Secret of Monkey Island

The Secret of Monkey Island

"It's certainly true that games have used cinema's discarded templates. Like early filmmakers, early game-makers were unable to use audible speech and so employed printed titles. As in silent films, the visible action in early games is broadly divided between long shots, in which a fair amount of material is visible at the cost of visual fidelity, and extreme close-ups, wherein the emotional state and actual facial appearance of a character is briefly evinced at the cost of everything else. The Secret of Monkey Island employs both tricks."

I'm really enjoying No More Heroes, but to be fair the comment of "looks like an N64 game" isn't entirely about the art style, but also about draw-in and framerate problems, especially in the town sequences. There's something to be said for execution even within the context of an "outdated" style, and if a movie were to have technical problems like that I would expect film critics to say something about it.
S

I'm suprissed there hasn't been a film of Monkey Island made or suggested?
Maybe the Pirates of the Caribean films have stolen it's ideas somewhat.
C

on the similiarities between Pirates of the Caribbean and Monkey Island you should read the Ron Gilbert interview after the second one came out. 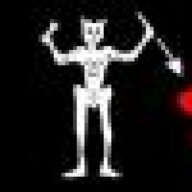 The Curse of Monkey Island is actually my favourite game in the series, largely because Dominic Armato nailed exactly what I thought Guybrush sounded like. Murray (the malevolent talking skull) is one of the best characters in all the games, again largely because his voice acting is so excellent. The art direction in Curse is absolutely gorgeous (unlike Escape from Monkey Island, which was just a thoughtless upscaling to 3d). All other things being equal, I think it's the technological upgrades that put Curse just a hair above the previous two games.

I certainly agree with the thesis here, that eye candy alone won't make a good game, but this just smacks a little of "Remember the good old days?" When emphasized to the exclusion of all other things, special effects can cost a creative endeavour dearly. A movie or game should be able to stand even when the shiny is taken away. But when used in harmony with the rest of the elements of the media, use of new technologies can raise games and film to new heights and fantastic, memorable and engaging experiences that would otherwise be impossible.
M

am i the only one that feels like those RADIKAL BLOXXS OF QWOTED TEXTZORS in their HYPUR EXXTREME TIEPFACEZ just make the entire article feel lame? I like some of the articles at the escapist, but honestly feel like they should just accept the fact that they're a fucking website instead of trying to be this "print magazine in jpeg format". i can't help but roll my eyes everytime i see one, and the sentences they tend to choose for this royal treatment feel so random.
B

Does anyone know where I could get these games? I did manage to find a demo of the secret a while back but I havent been able to find anything else. Id love to get back into them

mynameisob3l said:
am i the only one that feels like those RADIKAL BLOXXS OF QWOTED TEXTZORS in their HYPUR EXXTREME TIEPFACEZ just make the entire article feel lame? I like some of the articles at the escapist, but honestly feel like they should just accept the fact that they're a fucking website instead of trying to be this "print magazine in jpeg format".
Click to expand...

You should've seen the site two years ago; *that* was jpeg-tastic and clumsy to view on my portable. (Not that that stopped me from reading it.)

PS: Never did play "Monkey Island". I'll have to keep an eye out for it in the used bins.
K

I still miss the old Escapist.
The design of the website is part of its appeal as it manages to convey some of the ideas found within the articles. I used to love the Escapist for that and I still do. If you don't like it, consider looking for your information elsewhere.

As far as this particular article goes, I understand where the author is coming from. However, while the fourth instalment of the series was weak, Monkey Island 3 happens to be my favourite in both writing and visuals. I can't help but wonder if it isn't the author's nostalgia talking. Certainly there are people who, growing on Infocom titles, found the paragraphs of text much more immersive than the fancy graphics of the early Sierra and LucasArts titles.

The Escapist is a great magazine because I don't have to sift through dumbass sneak-peaks, OMFG Smash Brothers updates, and all the other trite garbage that fill every other game magazine. Every week there will be at least one interesting, informative, and somewhat mature essay about games, if not several. 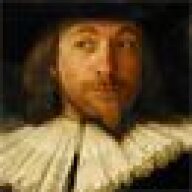 While I would dearly love to see another Monkey Island (not to mention a 3rd series of 'Spaced'), I realise that the context for enjoying such metaphorical bodies is most likely past. I don't believe that it was art direction, voice talent or plot that made these games the success that they were. It was just the time.

Having revisited Monkey Island not all that long ago, I was surprised how much I had changed. The humour inevitably had the air of a joke re-told, and the gameplay fared badly when held up against today's titles.

Today's audiences are more sophisticated - we'd see the ending of Sixth Sense coming a mile off these days, and we want more from a game than we realise - and Monkey Island no longer cuts it.

Let it go. Be happy with your memories of Guybrush, Stan et al.

If you can't - then perhaps this t-shirt is for you.
http://www.redbubble.com/people/lgrayson/clothing/752413-1-like-a-cow
S

I think the author was right in his point, as I recall thinking "never again will I be able to recall my mental image of Aragorn" after seeing the LoTR movies for the first time. 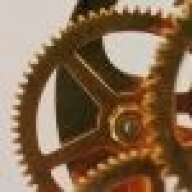 An interesting idea. I recently was thinking about reader response criticism and how the ideas behind the theory show that even reading a book has a measure of interactivity.

However, I think that your nostalgia blinds you to a point, especially for IFs and old (or even some current) adventure games. The media in the game (audio, graphics, etc...) does not necessarily blind the imagination, it is the style of the gameplay. In IFs or some of the hard-core older adventure games (I've never played Monkey Island, so I can't speak on that count) require a certain style of puzzle solving and path finding. The truth of the matter is, you are required to think in a certain way and look at the game in a certain way in order to solve these puzzles.

For instance, in an interactive fiction: you may be able to visualize the room described and paint it in all the mental colors of the rainbow, but if you fail to visualize the correct sized box, in the correct position, under the correct pipe, you fail to be able to solve the puzzle. The same in some classic adventure games. No matter how new or old the graphics are, if the gameplay is like Myst, you are required to think in a certain analytical way identical to everyone else who plays the game. This sort of game structure forces the player to suppress their imagination, far worse then simply not requiring it. It means that for some of these games, despite the physical interactivity, there is less mental activity then when you read a book.

On the other hand, more free-form games give the player much more room for imagination and interactivity with the game world. As a kid I'd let my own imagination run free when playing Asteroids. It's the same reason why there's plenty of WoW fan-fiction out there. The very openness of the environment invites the imagination to work. In this respect, it is a representation of the tendency of the human mind to pluck connections from chaos, even when they don't exist. The same does not always follow for order.

To blame the lack of imagination prompts in games on graphics is to do them a vast disservice. It is function, not form, that leaves imagination behind.
C

Phifty said:
To blame the lack of imagination prompts in games on graphics is to do them a vast disservice. It is function, not form, that leaves imagination behind.
Click to expand...

Good point phifty. As much as the reader is limited to the constraints of the story of a book (and is sometimes required to read back if he picked up a point wrong as a result of his imagination interacting with the book), so too is a player of an adventure game required to get into the head of the designer. I think that the success of monkey island may be that it is a lot of fun to live in the head of Tim Schafer (and the other wacky designers).

Although the openness of free-form games may spur the imagination, it gives less creative input into your brain as a story such as monkey island would. The opposite rather: You get to fill in the space, much like a blank page with a beautiful pattern on the sides.

The point is, I think, not that graphics themselves are responsible, but that it's rarely directed well. One example where it is directed well is team fortress 2. Some may not like it, but at least a conscious artistic choice has been made.
Show hidden low quality content
You must log in or register to reply here.
Share:
Facebook Twitter Reddit Pinterest Tumblr WhatsApp Email Link
Top Bottom