"Having a space devoted to games and play was instrumental in forming friendships that have lasted decades. For me and my friends, gaming was a very social activity. Competition, sometimes friendly and sometimes not so much, fueled our contests. Even playing single-player videogames together became contentious when you had to hand over the controller to the next guy whenever Mario got Goomba'd. We were there to spend time with each other, but it was always in the context of gaming." 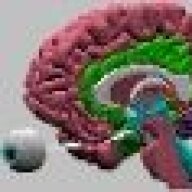 Excellent article that encapsulates the wonder of childhood gaming, the college experience, and pains of American social alienation of the real world. I'm glad you were able to get your game back on, as I and probably most of us in your generation have been in a rut hoping and being disappointed with XBL and PSN to relive it. 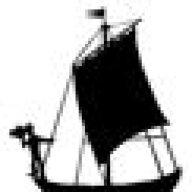 Fantastic article. Very personal and heartfelt (and amusing). I feel like you were describing my own childhood and life. The Escapist gained a user today because of this article 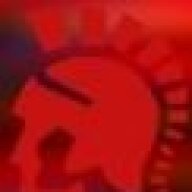 The article has gained the Escapist another user as well, though perhaps not for the same reason.


I find it appalling that a reputable gaming publication would run an article glorifying illicit drug use. I find it further perplexing that Mr. Tito would want to advertize his illegal activities, though perhaps he has little regard for having significantly narrowed his future employment opportunities.

I appreciate that, as a fellow adult gamer, our shared hobby can be a bridge for communication. I choose to use this opportunity to voice my staunch opposition to drug use and to caution others in the audience against it. I have seen drugs ruin too many lives to sit idle while it is potentially glorified through a favored hobby.

I resent the juxtaposition of social interaction and gaming with the immoral and illegal practice of illicit drug use. It is my hope that my future experiences reading the Escapist will be less disappointing.

I read that article and found it jarring on multiple levels. Besides the fact that it read like a blog post more than a polished article on popular culture, it also SCREAMED for the attention of a copy editor. Playing Tecmo Super Bowl as "the San Francisco Giants"? I assume he meant the 49ers with Montana and Rice. And "snausages"? Those were a brand of dog treats, which brings up an image of frat boys, all right. It brings up an image of fraternity initiations.

Would it kill a gaming publication not to play into the nerd stereotype any more than necessary? As a sports fanatic by day (ESPN.com is my browser homepage) and a hardcore gamer by night, the jock in me really doesn't appreciate the "woe is me, jocks are so much cooler than me" self-loathing that so many geeks seem so insistent on practicing. We get it. Nerds internally debate whether to ask out girls while jocks simply go out and get laid. The trope's been done to death.

I usually enjoy Escapist content but how this article got greenlighted, much less published in its final form, is beyond me. 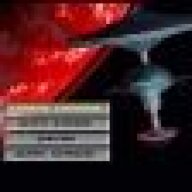 Instead of partaking in the drinking and promiscuous sex that most freshman were, I spent my time in the dorm room alone playing Civilization 2, smoking clove cigarettes and listening to The Cure.

Damn, that was me, too. Except no cigarettes (clove or otherwise) and I listened to an assortment of mostly terrible heavy-metal. But the Civ 2 was the center, the single greatest contributor to my abysmal social life. Forget nerds-vs.-jocks, it was entirely Civilization 2 vs. Reality and the Outside World and Everything Else That Has Ever Been.

Regarding the illicit drug use... um, what? The only drugs mentioned in this article are tobacco and alcohol. A person is described as becoming a "gaming junkie" by playing Mario Cart, but I'm pretty sure that's both an exaggeration and quite legal. Could someone please point me to the part of the article that glorifies herion addiction? I didn't see that.

TrojanManSCP post=6.72223.759487 said:
I find it appalling that a reputable gaming publication would run an article glorifying illicit drug use. I resent the juxtaposition of social interaction and gaming with the immoral and illegal practice of illicit drug use. It is my hope that my future experiences reading the Escapist will be less disappointing.
Click to expand...

@ TrojanManSCP - I find your reaction surprising. First off, no where in the article did I advocate using drugs or connect gaming with drug-use. In fact, the only person who is explicitly mentioned as getting high was a non-gamer at first. The article was written in an anecdotal tone in which I took examples from my life to illustrate what social gaming has meant to me. It would be a disservice if I took out every detail which people might or might not find objectionable.

I understand your sensitivity to drug-use, however, it sounds like you may have lost someone close to you. But we're talking about marijuana, a "drug" that is on par with tobacco or alcohol and is far from the immoral practice you claim it to be. Some of the best people I know use it, including priests, lawyers and doctors.

There's nothing wrong with you choosing not to partake in smoking pot, but it is a different thing entirely to put your head in the sand and say that all drugs are bad, period. It's that kind of close-mindedness about drug-use that pushes young kids into imbibing more dangerous drugs like ecstasy or cocaine. Tell a kid no, and he'll run out to buy more.

Perhaps if we educated our youth properly on the importance of moderation, instead of outright prohibition, we'd have less of a drug problem in this country.

You're right there, I meant the 49ers. But snausages is slang in my group of friends for sausages of any kind. We think it's funny. Good catch though. Glad you're reading with a fine-toothed comb. It's so much more fun that way, isn't it?


SimuLord post=6.72223.763582 said:
Would it kill a gaming publication not to play into the nerd stereotype any more than necessary? As a sports fanatic by day (ESPN.com is my browser homepage) and a hardcore gamer by night, the jock in me really doesn't appreciate the "woe is me, jocks are so much cooler than me" self-loathing that so many geeks seem so insistent on practicing. We get it. Nerds internally debate whether to ask out girls while jocks simply go out and get laid. The trope's been done to death.
Click to expand...

Not that I have to prove myself to a forum commenter, but I did get laid in college. Did I mention that I was a drama major? If you don't believe me, go to a cast party after a play someday. You'd be amazed at what happens.

I've been a Red Sox fan since the '86 season broke my heart, and I still follow my alma mater's basketball team religiously. I also play D&D every week and log too many hours on my dwarf paladin in WOW. Been married for five years too, to a woman! And I asked her!

Point is, you're the only one perpetrating stereotypes here. It is possible to be a geek and also like sports. It's possible to like gaming but not be able to identify with cocky meatheads who have no tolerance for something that is different than them. The article described a specific instance in my life in which social gaming transcended the trope which you are railing against. Me, the nerd, was able to make friends with those who would normally regard me with disdain.