249: Hooking Up in Hyperspace

Claymorez said:
The issue had a diverse spectrum of articles in it, covering a range of areas.

However one of them caught my attention more than the others: 'Hooking up to Hyperspace'. It was simple, accessible and most importantly in an article it flowed. It felt aimed at the audience. You have to look no further than it's title to see that they thought about what they said and the topic it was discussing. From the get go you know exactly what this article is about - no deception. This is a particularly powerful tool as it meant I was willing to adapt to what he wrote about within the genre - uncaring about him moving from TV show reference to gaming titles to the philosophy that templates the genre.

The Author is neither critical or overly passive in his direction of the audience as he walks us down the intergalactic voids that separate these different title settings that he discusses. Which allowed me to form my own opinions on how he viewed matters. In essence he conveyed to me what he needed to and cut away the annoyance of accessories. He managed to make me interested in Second Story which I had known nothing about - which doesn't even register on my normal vetting of game settings and design that I am willing to invest my time in.

Either way, I felt this author did something remarkable here. I have never commented on an issue before. Yes I have found and read others of far more interesting content elsewhere and on the Escapist, however that doesn't take away from the achievement in writing he has accomplished here. This was a superbly crafted article, that sculpted its delivery to a razor edge.
Click to expand... 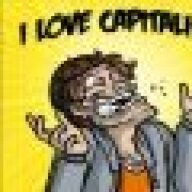 This is still one of my favorite RPGs. The crafting and skill systems are fantastic, the game play fast (though starts to feel shallow after a while) and the relationships affecting the ending made for endless re playability.

If I was asked which RPGs were way ahead of their time I'd say Star Ocean 2 and Seiken Densetsu 3 (Secret of Mana 3, never released in America, but a fan translation patch has been available for several years)

In Secret of Mana 3 you are presented with 6 possible characters at the start up screen. You choose three of those 6 characters. Your first choice decides who is the main character and who the big bad dood at the end is. 3 possible main bosses are split between the 6 characters.

And, as if that weren't enough incentive for replay, each character has branching class advancements between Light and Dark. Advancements are permanent and gravitate that character's abilities toward Defensive or Offensive with some abilities being exclusive to one branch of advancement.

These are both, easily, the most re-playable games I've ever laid hands on. 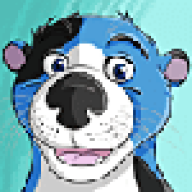 Its nothing really like it, but the trouble with Star Ocean: Second Story is I got the same bad feel from this as I do from Chrono Cross. The idea of putting in all these choices, when it pretty much just seems like padding for the sake of saying, 'look at all these choices' instead of just doing a lot more work and polish on fewer, well played out ones. The trouble with Chrono Cross I mean is the number of playable characters. Really it was overkill. (To be clear I did like Chrono Cross, but I don't think I ever bothered playing half the characters after recruiting them.) I get the game gave us a load of them, but many of them would have just been fine as background NPCs in the story you meet on the way. The huge amount of choices all to lead up to 80 different endings (which is mostly just a few scenes per each one after the end of the game) feels pointless to me. We all play the game as we want the first time. We play again making different choices after that for various reasons. Maybe be the bad guy instead of nice this round, play with this character a lot more you didn't the first time cause the party limit didn't give them enough face time. Does the game really need 80 various endings as a selling point? Why not 10 endings, with more to them, more game specific details and changes through the game itself as you make your choices instead of after the very end? The main reason why I don't go playing most games through for every ending, or such, is boredom. If the game has 80 endings, do you really want to play it 80 times? How many times before they start blurring together in the game play itself, all just to see a few new different scenes at the end? I love choices and difference in games and playthoughs. But I rather have differences that matter in larger scope, not choices just for the sake of choices. Remember when Fable was trotted out saying it was to be the big game changer with every choice matters idea?
Show hidden low quality content
You must log in or register to reply here.
Share:
Facebook Twitter Reddit Pinterest Tumblr WhatsApp Email Link
Top Bottom