"PAM brought a firestorm of ghastly publicity. DARPA cancelled it immediately, and Poindexter resigned a month later. (Several Total Information Awareness programs are still funded under classified appropriations.) In a Slate commentary called 'Bookmakers for the Bomb-Makers,' Daniel Gross observed that 'the market might defeat itself. The Pentagon wanted to create the PAM in order to gather information it could use to stop terrorism and reduce instability. If it saw, say, that people were betting heavily on the assassination of Iraq's interim president, the Defense Department would start searching for some assassination plot in the hopes of rooting it out. But preventing the assassination would cause all the people who bet on it to lose their money. Insofar as the market helped the United States stabilize the region and prevent terror, investors would suffer. The more it succeeded on policy, the more it would fail as a market, and the sooner it would collapse.'"
Click to expand... 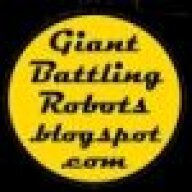 I disagree that such a market might defeat itself. Instead there will be a competing investments; one predicting some "terror event", and another predicting that this event will be stopped before it can succeed. If the market is open for all to see, this allows the possibility that a terrorist seeing a heavy investment against an event might call off the plan entirely.

This is a terribly fascinating sort of product. The lengths to which people go to identify the future, and the subsequent attempts to prevent it, or other effects of the foreknowledge - they've been a part of speculative fiction since Oedipus, or earlier, and, intriguingly, they've been becoming more real, slowly but surely, over the centuries. Any business these days is the business of second-, third-, and fourth-guessing the very people who are trying to second-, third-, and fourth-guess you. I suppose that suggests that as we predict the future with greater detail, the future itself will become more detailed, giving us roughly the same idea of what's going to happen as ever before. Total foreknowledge isn't the goal - just the slight and transient edge.
Z

Excellent article but you fail to mention the most relevant market, The SimExchange. This site focuses exclusively on video games and tries to predict how well each will sell.

I highly recommend the site. It is very easy and fun to play and completely free. You can also learn a lot about new video games from the site because the simExchange has this cool user bidding system that organizes all the best content on the games.
Show hidden low quality content
You must log in or register to reply here.
Share:
Facebook Twitter Reddit Pinterest Tumblr WhatsApp Email Link
Top Bottom