"To quote Bull Durham's Joe Riggins, baseball is 'a simple game; you throw the ball, you catch the ball, you hit the ball.' Anybody can do it; few people are good at it. The same is true with game design, or, more specifically, designing a game as relatively simple as Armadillo Run. Everyone, on some level, knows the laws of physics, and everyone knows what's fun and what isn't. Few, however, can take the two ideas and make a great game out of them. Fewer still can do this alone, out of their house, and distribute the game, via shareware, over the internet. Peter Stock is among them. Seemingly the last of the "bedroom developers," Stock took an idea, made it into a game, and sold thousands of copies. Just like that. Throwing, catching, hitting."
Click to expand...

Good to see Armadillo Run getting more exposure - this is probably the most fun I've had with a game for the last five years. A perfect example of less is more in game design.

Oh and reading your discussion of Croquet is a great example of another feature I liked about the game: you don't have to produce mechanically ingenious solutions. You can also sidestep the "intended" solutions with a bit of lateral thinking in many cases. [SPOILER WARNING] Instead of trying to build a better mallet, use a cheap, rubbishy mallet and build a support to stop the anvil from falling so quickly. Croquet? No. A win? Yes!
M

So how exactly is this any more innovative than The Incredible Machine?

Also, nobody in their right mind ever thought the Earth was flat after the first century AD. It's a common misconception I always feel compelled to correct. 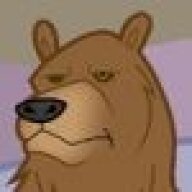 I played this game when Russ and Shawn mentioned it briefly on aqn old Gamers With Jobs Radio episode... I loved it immensly. So many solutions, and when you have finished you get to go back to try and reduce the cost of your solutions.

It's a pearler, recommended to anyone and everyone!
R

Armadillo Run is definitely a great game. I wish I could say the same about the article.

I can't help but wonder how in 5 pages of text, neither the developer nor the writer saw fit to point out that AR is a much-improved revisit/remake of the quite popular and famous Bridge Builder http://www.bridgebuilder-game.com/ , which amongst other things won the audience award at IGF2003. It's had several sequels, including the 100% free, minimal "Bridge Building Game" from the original author: http://crypticsea.com/

While AR certainly made vast improvements to both the interface/useability, range of building materials, aesthetic, etc. the article seems to suggest that the game idea itself is original, when it's quite simply not. BB features all of the basic mechanics found in AR, the similarities are far too striking to be accidental, and frankly it saddens me when such a great, literate magazine fails to do at least a cursory amount of research before heralding a game as a great innovation. A great game it may be, but it is a game whose greatness lies it its refinement, improvement, and advancement of a concept introduced by others. The choice of introductory quote was much more apt than perhaps intended.

Not to mention, both games owe a debt to the various "The Incredible Machine" games, as a previous poster mentioned.

If you were writing an article introducing Duke Nukem 3D, it would be irresponsible if you failed to mention Wolfenstein or Doom, wouldn't it? And yet this is exactly what you've done by omitting any reference to TIM or BB, respectively.
Show hidden low quality content
You must log in or register to reply here.
Share:
Facebook Twitter Reddit Pinterest Tumblr WhatsApp Email Link
Top Bottom