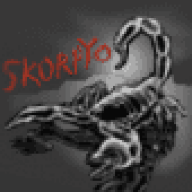 "We will not be held responsible for any impairments or damage caused by excessive exposure to the following"​
Indie games. When one thinks of what an Indie game is, the thoughts that usually pop into the mind consist of sad, lonely people making sad, lonely games about being sad and lonely. They usually throw in some arbitrary poetry, slap controls and some sort of graphic representation of a game in there, and call it "art". These games are, and forever will be, terrible.

So, when one takes a quick look at the <a href=http://www.escapistmagazine.com/forums/read/326.224595-Review-Cleril-Calamity-Studios-Gift-Basket-of-Indie#7607329>games made by Cleril Calamity Studios, they are justified in approaching with caution, as on the outside they appear to be more of the same.

This couldn't be a more incorrect assumption.

As I discussed in the above-linked thread, CCS's games represent how the elements typically involved in an indie title can be used for the benefit, rather than the detriment, of a given game. Rather than go into detail here, I'll let you look over the thread.

The most recent game by CCS is Haven 2, a game following (you guessed it) Cleril, a bard who has been recently imprisoned in an Insane Asylum for committing crimes that he has yet to know about. As such, the game focus is mostly on internal, personal matters for Cleril, and consists of puzzles surrounding four different aspects of the characters psyche, named "The Jester" (humor), "The Writer" (creativity), "The Flirt" (sexuality), and "The Stranger" (perspective).

This is one of the points that Haven 2 does better than any other. The game play itself consists of individual and unique occurrences, with the player never experiencing the same encounter twice. Whether by using different dialog paths, completing prior experiences a certain way, or by failing a puzzle, the game is designed with several different ways for any given encounter to play out, whether or not it's to the players benefit.

One of the ways it's programmed to do so is by using "Insanity Marks"; an invisible statistic that is altered by the player either failing a puzzle and receiving one, or completing another (usually hidden or more difficult) puzzle that removes one. Besides character interaction, there are small visual cues spread throughout that allude to previous decisions and actions, such as an altered character sprite, or damage that is present within the game world.

Most often, the puzzles involving these marks are difficult and unavoidable, usually involved in a section of the game that separates the different acts (currently, the game only has two acts). The most notable so far is the "Brainstorm" (Pictured). The player is tasked with finding four different keys while the screen shakes violently, other "Clerils" actively hunt you down, and the music and visual cues go from making the player feel rushed to making them falsely think they've failed.

Yes, surprisingly enough, this is an incredibly eye-teasing game, despite being made in a rather constrained game engine. Using cues from visual effects, music, sounds, and even by messing with the controls, Haven 2 tantalizes, confuses, and even worries the player to add a psychological edge to any given encounter.

Besides visuals, the game also has relatively well done writing. While there are moments where the dialog or monologue may seem a bit melodramatic, mostly it's because of what the main character is: a Bard. Despite having decent writing, the dialog options presented to the player are sometimes constraining as well. Sometimes, even though I know Cleril doesn't WANT to, I just want to have the option of saying yes.

As for the one main thing in this game that some may consider a downside, the inclusion of the developers personal poetry, it's apparent that some care and effort has been put into including it correctly. While some poetry is there for personal effect or to make reference to other games both inside and outside the franchise, for the most part poetry is actually included in the core game play as clues to solving different puzzles. Besides that, the connection or meaning behind it is often clear and easy to grasp, instead of being a sad attempt at depth.

As far as Indie games go, this is one of the better examples of doing it right. The characters and locations are unique and have a carefully crafted feel, the writing and poetry are passable and well integrated, and the interactivity and game play are well done indeed. For the low, low price of free, this game is well worth the time of anyone that this kind of game appeals to.

Cleril tells you if you play the game. 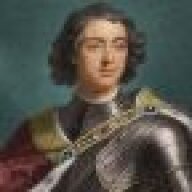 Great review. Couldn't have said it better, myself.

As far as Indie games go, this is one of the better examples of doing it right.
Click to expand...

That's a bit extreme though. We're talking about Cleril here, if you give him too much praise, his ego'll grow till it blots out the sun. Didn't you know that's how the last ice age started?

Great review. Couldn't have said it better, myself.

As far as Indie games go, this is one of the better examples of doing it right.
Click to expand...

That's a bit extreme though. We're talking about Cleril here, if you give him too much praise, his ego'll grow till it blots out the sun. Didn't you know that's how the last ice age started?
Click to expand...