Agent Carter Is Sprinting Toward the Finale

Agent Carter Is Sprinting Toward the Finale

With the finale in sight, Agent Carter continues to ramp up the action while also hitting some heavy plot points.

I really enjoyed this episode. It feels like it's building to something big and I can't wait to see what happens.

I am curious to see them wrap up this season.

At this point, it seems obvious that Carter won't found SHIELD by the end of this (maybe next season), but it is nice to see that both Thompson and Souza reached a level of respect on her abilities that it is believable they will tone down the sexism. If anything, it seems like some elements of this series' plot will be resolved within Agents of SHIELD.
S

K, so I got a wild theory. The fat kid Jarvis starts rambling to about being the exterminator? Would it not be awesome for him to be Kingpin?! They got Daredevil, and Spidey's sort-of in now, so that would make an awesome surprise. "Future mafioso," indeed.

Ah, what an episode. Just in case you forgot the government of the Soviet Union were dicks.

I know the end is on its way, and there's only one way it can end: the SSR becoming S.H.I.E.L.D. (WITH Howard Stark and Peggy Carter as founding members, alongside Chester Philips and Dum-Dum Dugan), and return of their newest addition to the science team, by way of Operation: Paperclip, the Ayatollah of Rock-n-Roll-a, Dr. Arniiiiiiiiiiim Zoooooooooolaaaaaaaaaa!

The last line should be those two magic words everybody knows:

Looks like next week Leviathan is going to 'win'. We saw the SSR headquarters get blown up, cripple guy get attacked by the black widow assassin girl, and Carter frantically trying to explain that everyone is wasting time on her when the real villains are out there.

My bet: the attack happens at the end of the episode. It manages to free Carter, and she's pretty much the only one who is in any shape to do anything about all this. So the episode ends with her and Jarvis setting out to stop Dottie and the doctor. 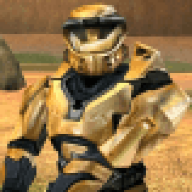 Sniper Team 4 said:
I would like to know what was going through those agents heads as Carter beat the snot out of them.
Click to expand...

Saw an interesting comment on how Peggy - despite using the same tactic constantly, and specifically making note of how the Russians were training girls in order to make use of that tactic at the beginning of the episode - fell prey to the exact same thing that all of the men around her did: she didn't think about the young woman from down the hall. Dottie slipped past her defenses entirely. Well, at least it won't happen again, in either instance: the SSR is done underestimating her, and she's done underestimating Dottie. (I'm super looking forward to the inevitable throwdown. Funny how the Avengers keep pitting the team against each other, but it's Agent Carter that's going to deliver the Captain America-Black Widow fight.)

Also kind of hoping Peggy has some sort of throwaway line as Dottie is being taken away to jail, along the lines of "it's a pity, she was a good kisser," but that's not really plot relevant.
P

Man, I'm just loving the Peggy/Dottie hero and villain dynamic. I did not expect to see Dottie go all marathon man on the pervy dentist. Serves him right, I guess. Kinda has shades of the Westboro Baptist church scene in Kingsman, just edited for network TV. Looking like Dottie comes for the SSR next week and maybe goes full Terminator1 on them(I'll be back). We'll see.
Show hidden low quality content
You must log in or register to reply here.
Share:
Facebook Twitter Reddit Pinterest Tumblr WhatsApp Email Link
Top Bottom