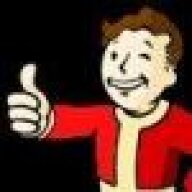 Archon said:
I think Scow2 and I both subscribe to the negative view of liberty. So if a person who has voluntarily chosen to be a Paladin chooses to act in evil ways, and loses his Paladinhood for it, that's not a loss of agency. If a person chooses to do evil deeds, and then begins to radiate evil under Detect Evil spells, again that's not a loss of agency.
Click to expand...

The agency issue was really just an aside anyway, so i'll concede it. Alignment can be used like a club to dictate players' actions but it is not necessarily and unavoidably so.

The real argument is that alignment is a weak, fuzzy mechanic, and brings no substantive benefit to the game. The original article does a good job of refining the fuzzy definitions that the system is based on, but it's not going to turn a bad system into a good one - it's just going to make it slightly less bad.

1) Alignment has almost no consequences for the vast majority of characters and actions.
2) To the extent that it does provide consequences, they are already entirely adjudicated by the GM.
3)You can have consequences for behavior without alignment.
In light of these three facts and the fact that even after 30-odd years of using alignment, it still leads to long, rambling arguments on the nature of good, evil, law, chaos, and neutrality, i ask again, why use it at all?

After you have dealt with effects keyed off of alignment, adjudicating the consequences of moral actions becomes relatively simple. Is this action in keeping with the moral code the character must follow? How significant is the action? Is this action part of larger pattern of behavior or is it a one-time thing? Assign consequences as appropriate.
B

Hmm, I'm still a bit puzzled about something. I've been meaning to make a character with the moral outlook of, say, Baron von Wulfenbach from Girl Genius or Lord Vetinari from the Discworld. That is, a kind of enlightened despot, someone who defends (or rules, but if I make a character I doubt I'll have a ruler-role) a tyranny not out of self interest but to prevent a chaos which (they believe) would be worse than a harsh-but-fair dictatorship.

That sounds posterboy Lawfull Evil, but what bugs me is that one could also argue (certainly when using this definition of the morality axis) that such a character is Chaotic Good. These oppressors are not oppressing for their own gain or fun (both of the examples I showed are quite explicit about it), but for the benefit of the population. In short they use rather nasty means for a Good end. Although CG and LE should be opposing moralities, I honestly can't tell which allignment is the most accurate description of these characters. Or perhaps it should be True Neutral, since it's such a mixture of moralities? I honestly don't know. It's a bit of a puzzle that while "Lawfull means for an evil end" is supposed to be Lawfull Evil, "Evil means for a Lawfull end." is not

Is this confusing to anyone else? Or are others much clearer on this? 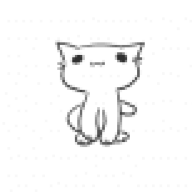 Archon said:
All About Alignment

In case you were wondering, Kant was lawful good and Nietzsche was chaotic evil.

HAH. Beautiful. So where would Aristotle be placed? What about current-day politicians?
A

Aristotle is Neutral-Neutral (True Neutral). As a virtue ethicist, he falls between "Lawful" deontological and "Chaotic" consequentialist views. Meanwhile his naturalistic ethics were egoistic but with an understanding that the rational egoist requires a polis. So this puts him squarely between the "Good" and "Evil" moral circles as I describe them.

I think it's hard to assess current-day politicians. Perhaps I might grossly oversimply and say:

- Some American Conservatives are Lawful Neutral. They believe in the rule of law. The occasional injustices that come from rule of law are tolerable because overall the system works better. They fear unintended consequences and think it's better to follow principles, especially those that have stood the test of time. Their moral circle is self, family, neighborhood, country. From their POV they are Lawful Prudent.

- Some American Liberals are Chaotic Good. They believe in pragmatically achieving the best results. If that means overturning established rules, or trying new things, they will do so. They cannot tolerate the occasional injustices that come from following procedures. Their moral circle is typically all of humanity, perhaps even all living creatures. From their POV they are Pragmatic Good.

I'm inclined to think that alignment is a good way of describing a deed, but less so for a person.
People are a little more flexible than that and a person capable of great evil can at the same time perform an act of kindness unbidden.

If one were to chart a history of actions in the form of the traditional alignment cross as applied to a fully realized person, I'd expect there to be a leaning, but a lot of wobbling too.

As to modern politicians?