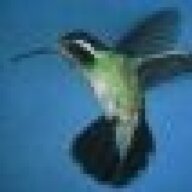 The hacking in alpha protocol is almost impossibly difficult. It gets easier when you go up higher level but the tutorial took me a good ten minutes to finish. I don't know if it would be easier with a mouse but having the find them then slowly scroll over to the sequence is a real pain. Does anyone else find this?

StANDY1338 said:
The hacking in alpha protocol is almost impossibly difficult. It gets easier when you go up higher level but the tutorial took me a good ten minutes to finish. I don't know if it would be easier with a mouse but having the find them then slowly scroll over to the sequence is a real pain. Does anyone else find this?
Click to expand...

it's very difficult at first, but I found once I got used to it it wasn't too bad.

Keep an eye moving for the next string of unmoving letters. It's so strange, but eventually, I got to the point where I'm sure my eyes were moving independantly of one another (although I actually do know that's not really feasible)

With practice, the act of moving and locking in the strings will come more and more naturally. It is awkward at first, it just takes practice.

I actually liked the hacking. I actually felt like I was hacking something instead of just doing a minigame in order to unlock a door.

In the beginning, when the hacks have like 8 digit strings, it's a lot easier. Later on (arbitrarily increasing sadly) when the strings are 4 digits long, it gets a LOT harder.

Just practice, or get the level in sabotage that lets you use EMPs on things to bypass the minigame, then stock up on EMPs.

As another point, I found the hardest Door Bypass minigame (with the 10 lines to be cut) to be much harder then even the 4 digit hack.

I like the lock picking I feel that is the best one although my controller has alot of wear and tear which doesn't help. Im just on the second mission so Im not that far.

The tutorial took you 10 minutes?

I find the hacking to be easy. Instead of looking on number after number I take quick glances on the screen. Eventually I'll catch the sequence I'm meant to find and hack it.

yea I had no points in it and it was really painful to try and read the letters.

Always take the first two in tech tree, adds like 10-12 seconds for hacking, makes it much easier. Those points are always well spent.

What I always did was search the third from the end column (from both sides) for a number that isn't moving. Since the string of static numbers is always horizontal, and always at least like 6 or 7 characters, 90% of the time one of the numbers is in those two columns, then I just see where it starts and which one it is and match them. Annoyingly, the mouse-controlled sequence is very finnicky, but you get used to it after a while.

Don't let it turn you off the game, it took me more than a dozen attempts to get that first lock open, but I still loved the game.

Yea I am liking it now that I have a good few points in hacking. Still annoys me that you have to move sooo slowly over to the code to select it. Kind of wish I had put points into pistols rather than assault rifles. Assault rifles can't fire one shot which kind of annoys me.
Show hidden low quality content
You must log in or register to reply here.
Share:
Facebook Twitter Reddit Pinterest Tumblr WhatsApp Email Link
Top Bottom