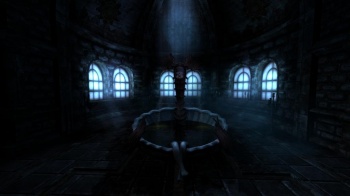 Barriers between the gameplay and the narrative are old-fashioned, says Thomas Grip.

If you've played Amnesia: The Dark Descent [http://www.escapistmagazine.com/videos/view/zero-punctuation/2092-Amnesia-The-Dark-Descent], then you know that it is not a game overburdened by cutscenes. Much of the game's horror comes from keeping the player firmly rooted in the action as much as possible, and Thomas Grip, the CEO of Amnesia's developer Frictional Games, wants you to know that was no accident. From Grip's point of view, storytelling in games, for the most part, hasn't advanced that much over the last 20 years, and he believes that a stronger marriage of gameplay and narrative could be the best way to bring the medium forward.

"Story is not just the plot," says Grip. "We want the player to play through the story, not just sit through it." Using Another World [http://en.wikipedia.org/wiki/Another_World_(video_game)] and Uncharted as examples, Grip compares today's games to those of yesteryear. While over a decade and a half separates the two temporally, their story mechanics are almost identical - run, jump, shoot, then sit back and watch. In contrast, Grip discusses his own games, citing minimalist stories, consistent design decisions, and abstention from "herding" players into exposition dumps or non-interactive cutscenes. "Don't try to beat the game, try to live the game," he advises.

While cutscenes Amnesia: A Machine for Pigs [http://www.escapistmagazine.com/videos/view/jimquisition/5565-Cutscenes-Arent-A-Failure-State] will live up to these lofty ideals has yet to be seen, but it's a safe bet that it will hew closer to Amnesia: The Dark Descent than Uncharted. 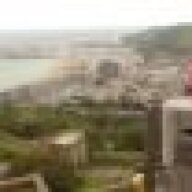 I'm sorry, but this post doesn't have much to do with Amnesia. I just saw the title, and immediately thought back to the most recent Dead Space 3 released information. I wept a little inside. There aren't many things in the world that I genuinely like, and to see a franchise like Dead Space looming towards a pure dude-bro action adventure game in space, purely because EA sees no market for horror games, is a very damaging blow. Is Amnesia the only modern horror series we have left?
B

How many times this been stated now?

Matthew94 said:
Err didn't Half Life do this over a decade ago?
Click to expand...

Hush, you, Thomas Grip is innovating the industry.
O

Frictional Games are a company that I have much respect for, Amnesia may just be my favourite game, and it's not just because it's scary.

Well, it is, but I'm saying that it has several levels of scary.

The revelations later in the game (I won't spoil anything) present a different kind of horror, but also a very interesting moral dilemma. (Okay, very, very slight spoiler), you wish to condemn Daniel's actions, but because of the horror you have moved through, you can very much understand his rationale.

What I'm saying is, I trust Frictional when they talk about stories. People, listen to them.

JaymesFogarty said:
I'm sorry, but this post doesn't have much to do with Amnesia. I just saw the title, and immediately thought back to the most recent Dead Space 3 released information. I wept a little inside. There aren't many things in the world that I genuinely like, and to see a franchise like Dead Space looming towards a pure dude-bro action adventure game in space, purely because EA sees no market for horror games, is a very damaging blow. Is Amnesia the only modern horror series we have left?
Click to expand...

Look in the indie scene. Lone Survivor, Slender, Paranormal and the like are good horror games.
S

I get what he's saying, but it's hard not to judge him on his own games.

I didn't think Penumbra or Amnesia had storytelling mechanics that were unique or engaging at all.

I mean is he forgetting that the large majority of story in those games is told through journal entries and scraps of paper in which the gameplay comes to a screeching halt while you proceed to read them? I'm not saying they're a bad thing, but they aren't innovating, and I don't know if i'd considering them engaging or definitively better than any other storytelling technique. They seem very much like a barrier between the story and gameplay in fact.

The next largest chunk of storytelling mechanics used are flashbacks and voice-overs. These are generally better for combining gameplay and story, however both are still decidedly passive, contrary to what he wants. They are both ways to make the player "sit through the story" but have no real involvement. And similar to what he said, these are techniques that have been used for literal decades in gaming.

Unfortunately his point falls apart due to poor examples. In fact to me it just solidifies the notion that how one method of storytelling is better than another is a very subjective, opinion related matter, rather than something you can easily quantify and improve.

BBboy20 said:
How many times this been stated now?
Click to expand...

Yes, but an indie developer said it, so we must throw rose petals at their feet and sing their praises!

Yeah, but seriously, this is nothing new or even really special at this point.

They want me to play the story? Well, maybe they shouldn't make it so fucking scary then.

THIS is why the indie scene it vital. AAA games are awesome, they are fun, they are polished, and they are generally great. But Indies allows the freedom to try the sort of experimental things that will leak into the AAA industry and make it better. You don't have to play a single indie game to benefit from Indie games.

Of course as for what Grip is saying...err...yes? I mean, if you really appreciate games, you know this already. It's worth going on record as saying, but it's not really something we havn't already ruminated on a thousand times before. S basically, my comments on the content of what he says is...Thumbs up?
H

Max payne 3, im looking at you

Amnesia was a great game, and he definitely has a point.

But also, remember that video games are a relatively new artform, and during this growing period, there is gonna be a lot of contention over design philosophy. However, I though games like Silent Hill 2, Suikoden II and III, etc, where more well-written than Amnesia. The real problem is not whether or not we use cutscenes for exhibition, but rather what we are exhibiting.

The problem is the writing quality, not the exhibition style.

I would've loved to play the story in your games, Mr. Grip, but your company threw in those irritating mechanics in Penumbra and Amnesia that made me get annoyed and quit playing. Scary situations are much less so when I feel like I'm "herded" into them by game mechanics, rather than them occuring organically through circumstance and my own actions and mistakes. 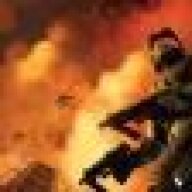 While I agree with his concept other developers have been doing this for years, They have been telling the story through gameplay and not cutscenes, (obvious example is valve of course with there half life and portal games, immerse you in the world while not taking control away), I actually don't mind if the cutscenes are similar to lets say crysis 1 and 2 where you still have camera control but you are led around a bit (although I prefer to have control over player movement), I think a game like mirrors edge 2 would work really well like this (if it ever comes out tell the story through in game interactions, not cutscenes),

mehh i think that depends game to game, in scary games for sure custscenes are a no no, but to get the right cinematic angle on certain set pieces it just doesn't seem right (like there is a huge epic battle of mass proportions, but you don't get to see it at all, because you don't get a cutscene)


you wouldn't get that epic part of story/atmosphere if they never cut from the players view.

Not saying I don't understand his point of view, but it would piss me off if I was apart of something bigger and I didn't get to fucking see it because I'm locked into my damn players eyeball view of where i'm at.

I don't believe it's necessary to rid games of cutscenes as many stories couldn't be told without them, but there IS an issue where many story based games feel like two separate entities tacked on to each other; in most story based games, the gameplay may or may not be enjoyable but it is, usually, filler between the cut scenes as far as storytelling is concerned.


This... is not the way it should be and Lone Survivor is a good example of averting this. The way your playstyle impacts the plot is so important to the themes that it simply couldn't work in another medium. On top of that, the plot itself is largely told through the environment and the events that occur in gameplay; cutscenes are used exactly how I've always felt they should be: to give further context and meaning to your actions... but those cutscenes are very important to the plot. It's important to his character arc that "You" can interact with the other characters in his own way, the flashbacks are events that have already happened and, thus, need to happen a certain way. The game needs to wrest control from you, sometimes, in order for it's narrative to make any sense but it never does so for long and it always serves to make the gameplay more meaningful. It's amongst the only games I've ever played where the presence of my enemies felt like it made sense, narratively, instead of just being a challenge to overcome before the next exposition dump.

Some stories need those sections that take control away from us but it seems pointless to use games to tell stories if you're just going to take away all the story from the interactive bits. 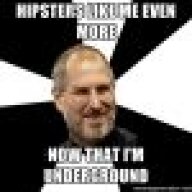 Kind of odd since the game mechanics in amnesia prevented me from playing the story.