Maybe it's the lack of good games...

iggyus said:
Does this mean there is no hope for Battlefront 3?
Click to expand...

If you want it to feel at all like the first two, yes. However, EA being the massive whores they are, I'm certain they'll find some necromatic dev team of equal whoredom to resurrect the corpse of the franchise (which is also a whore, as it is owned by Lucas). Then they can all stand on the street corner together. With other whores.

But seriously, not a chance in hell of the next one being good. Sucks, since number two was fucking awesome, if not a bit ugly (even for time of release).
Click to expand...

Battlefield 2 was kick-ass in 2005. My buddies and I were pissing ourselves over how awesome this game was, graphics and game-play.. Hasn't aged well compared to what's come since but it's a great game. But EA's not getting another cent of my money after this bs.

See, I fucking knew something wasn't right when EA spent nearly a billion dollars buying Bioware and Pandemic. And now this? It's Westwood all over again.

Sorry, I love Mercenaries...I want that guy strung up. 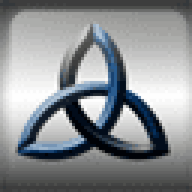 I was countin' on someone to come in and save their bacon..

/reference
+10 internets to someone who gets that joke.