When a slew of gang members are beaten to death, Laurel's boxing instructor Ted Grant is the top suspect.

I'm actually a little irked that they made WildCat so damn YOUNG.

I know it's not going to be 100% like the comics, but one of the main draws with Wildcat is that he's an older guy who teaches 'the kids' how to do this whole vigilante thang. 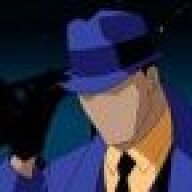 At the end, oliver said to Roy maybe we should call you like that (arsenal) But I'm pretty sure that in a precedente episode he already called him like that.

I know I am never the only one on the internet but I have to ask does anyone else think that Roy has an incredibly punchable face? Every time I see him the first thing that pops into my head is 'Douchebag' and I really don't understand why.

I really didn't want Roy's dream to be a red herring. As a result, I was quite disappointed with this episode. Honestly, the only real highlight for me was the boxing glove arrow. That was hilarious and actually worked given the context.

If they are going to have Katie Cassidy take up the mantle of "Black Canary" they will NEED to have her put on some weight. You can't go around fighting in hand to hand combat with 200-300 pound thugs if you are 95lbs and .5% muscle mass. She needs to fill out to take on the role of a hand to hand combat based superhero. 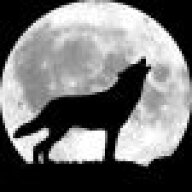 Tanis said:
I'm actually a little irked that they made WildCat so damn YOUNG.

I know it's not going to be 100% like the comics, but one of the main draws with Wildcat is that he's an older guy who teaches 'the kids' how to do this whole vigilante thang.
Click to expand...

Yeah as for a edging boxer, he seem to be in real good shape..like he almost the same age as arrow.

When I herd about a superhero live action show coming, I was interested and gave the first few episodes of Arrow a watch. At first I was liking it, as it seem to be thrilling and kinda cool that they actually put a ACTION hand to hand sequence in a TV show for a change, however. As I learn more who this person is base on and see what they are doing, I started to question its method and style and started to dislike it more and more.

For starters Arrow the show seem to try the hole "dark, gritty and realism" where everyone is all broody and take things way too harshly on others and themselves. I guess they did that to make green arrow more dramatic, meaningful or adult..but after seeing the "dark and gritty" in nearly every modern films and TV show these days, it just feels depressingly dull, almost like they don't seem to care that they are making a superhero show and more making a standard TV drama show. granted I'm aware this is a drama, where theirs twist and turns around but could they lest make it fun and exciting? I understand having complex back stories and character struggles to try making arrow more compelling but, after seeing it in so many show it just feels its padding itself to the story and making things in a very dreary and cold hearted way.

I also notice that they seem to keep going back and forth with Oliver's past as it seem long winded and over complicated then it need to be. when I read about green arrow origin, he was a playboy rich man who shipwreck to a stranded island, where he met a small village that suffering from a warlord, Olivier help the village to stop the warlord by using archery what he learn from the village, got back home, stop some bank robbers with his skills and then became green arrow, now would you prefer seeing that in 3 episodes in the first season or see a his origin in a more dark and complex mess like you get from the TV show Lost or the film Man Of Steel? After saying Arrow, it almost like if they are just trying to be like Batman without Being Batman.

Right then the Arrow Investigates Ted Grant's "Guilty" Past episode. I seen a few episodes of arrow but this one put me off the hole show. all the characters seem quite cold hearted or not that friendly to each other, Oliver just seems to feel like a self righteous hypocrite about not trusting vigilantes while he IS one, seeing Ted grant looking really young for a retired Boxer as well looking depress when ever I see him on screen, the painful acting delivery as they just seem to look joyless of the roles they been given and just how mediocre this seem to be for me. I tried to understand myself why I don't like this episode by watching The Dark Knight film after seeing this, to compare why I love The dark Knight more then this show and I think its down to the acting and the characters. In the film The dark Knight the actors seem to have great importance and passion to their roles as well the characters, so comparing them to the cast of Arrow, Arrow just seem to be really dull or just badly written.

In simple terms, I generality found this episode quite deary, joyless and silly how real and gritty its trying to be. The show itself doesn't appeal to me but I understand how popular it is to most people, so don't get angry for my poor writing, as if you enjoy the show then enjoy it well. My view to this TV show is that is not a superhero show but just a another gritty detective show that's trying to be like batman.

Sorry for my bad writing skills but I am grateful for you reading this and do feel free share what you think of my thoughts.

"Felicity may be a fantastic computer scientist, but I'm not sure I trust her forensic skills."
Of course, we have zero reason to! She herself even says so. And nowadays DNA being "inconclusive" is exceedingly rare when it's this fresh, btw. We have very good replication techniques for very small (and old) quantities!
Excluding Roy when you have 100% of his DNA to compare too is just stupid. I bet Barry would say that too!

"The Arrow team doesn't seem to be keeping close tabs on all of them, so what makes Roy more dangerous than they are?"
Exactly! Unless they are all dead or in prison?
On a related note: Why the F are they not consulting on this issue with the guys from The Flash who MADE the anti-serum????

"but why not just have Diggle demand that Oliver ground Roy until they can be certain that he won't have any further Mirakuru outbursts?"
That would be LOGICAL. Instead we get the ridiculous "Go home Roy!". After which I immediately sighed; 'So you can heavy handedly show up just in time to save the day!'. What I failed to realise he would also appear without help from Felicity or without Oliver et al noticing, and that it ended up with a horribly arranged sidekick fight.

"but he is still responsible for someone's death, even if it was due to the Mirakuru."
This is not stressed enough, which is another logical fail.

So yeah, this was a really bad episode. For me because of the horrible lapses in logic.
Please don't use these writers anymore, Arrow producers!!!!

Gizmo1990 said:
I know I am never the only one on the internet but I have to ask does anyone else think that Roy has an incredibly punchable face? Every time I see him the first thing that pops into my head is 'Douchebag' and I really don't understand why.
Click to expand...

Well, he WAS casted and posited as a punk ass criminal who did his best to push people (Thea) away realllllly hard.
And he excelled at that! I guess he needs to have a different haircut really soon!!!