The Avengers may have been great, but Hollywood may not have been paying attention to what made it so.

It may be cynic in me, but I'm sure that The Avengers will end up creating a few net negatives. The big one that I'm worried about is the creation of a "it worked for the Avengers" axiom when it comes to the creation of future super hero movies.

Isn't this always the way it is, though?

The 80s were full of awful action films until Lethal Weapon and Die Hard came along and blew all those overly macho, incredibly stupid films out of the water. Great writing, good direction, good actors and what was learned?

"Let's just copy what we saw."

Sure it worked for a little while but just a few years down the line, the cliche of 'Die Hard on a X' was a easy point of reference to describe a film--many, many films. Nobody seemed to realize that giving audiences characters they could root for, villains that were more than just cutouts, heroes that had something to risk _coupled_ with action sequences, not just hyperactive shootouts/explosions for 90 minutes were things that people would flock to.

Suffering through mediocrity seems to be one of the constants in the universe.

Very interesting read, definitely one of my favourite Intermissions, and I can't help but agree with you.
That said, I find it curious of you to mention a want for a Justice League movie in the same article as you explain some (but not nearly all) of the reasons why we should all fear a Justice League movie. If Green Lantern proved anything, it's that WB really don't get super hero movies (Chistopher Nolan's Batman is the exception, not the rule) and that coupled with the reasons mentioned here can in my mind only lead to a bad, but profitable Justice League movie, which would only enhance the negative fallouts of the examples given in this article.

I sadly have to agree with you guys. I mean, the Matrix revolutionized action films in a lot of good ways. But it also led to a lot of stylish action movies with gravity-defying bullet-time effects with no substance. The Matrix had a story reason why the heroes had superhuman powers, but other movies did it "because it looks cool". Much like Halo introduced regenerating health to FPSes because there was a good story reason for it, while modern military shooters copy it even though it makes no sense.
M

GeorgW said:
Chistopher Nolan's Batman is the exception, not the rule.
Click to expand...

Heck, Nolan's Batman is the exception that proves the rule. Great movies, but far more Nolan than Batman. Nolan's Batman is an overly serious interpretation with a complete lack of self awareness that would fall completely to pieces as soon as something as overtly ridiculous as space aliens, magic rings, or magic powers were introduced to it. Great in their own box, but utterly unable to take part in Avengers style feel good genre mashups.


Falseprophet said:
But it also led to a lot of stylish action movies with gravity-defying bullet-time effects with no substance.
Click to expand...

Its own sequels most notable among them.
G

As far as stylistic vision goes, I think it's a case of movies learning to walk before they run. They need to get comfortable with the basics of superhero movies (and get audiences comfortable with them), then they can branch out into something like Miller and Sienkiewicz's Elektra: Assassin or Morrison and McKean's Arkham Asylum. Putting either of those on film at this point would just confuse (and possibly frighten) movie audiences.

I don't think Avengers will have as many net positives as Bob claims. What set Avengers apart from most other summer blockbusters was its writing and characters people already knew and rooted for. That isn't something that can be copied, even if it should be obvious that every film should have those elements. There are probably going to be plenty of films that will try to copy its success in the most superficial way: superhero team-up. Eventually we'll get a crappy team-up film like League of Extraordinary Gentlemen, a film that tried to copy the one major aspect without considering the details (in other words, whatever good The Avengers will do, the Justice League movie will probably squander it).

Marvel though may also forget about the details that made Avengers great. My worry was that Marvel would simply begin going through its back catalog and keep churning out average films on an assembly line (even more so than they already do). Right now, Shane Black is done with Iron Man 3 and Edgar Wright still has Ant-Man (IMO Shane Black is a visionary is the same vein as Joss Whedon, with more R-rated dialogue). I remember hearing something about Marvel possibly taking Ant-Man away from Wright if he took too long to film The World's End. Marvel is treating its films as a means of brand awareness instead of ways to tell great stories. I hope that if a visionary director wanted to direct one of the films (like Nolan with Batman, or Del Toro with Hellboy) than Marvel would oblige, but Marvel's a big studio now (well Disney is) and will look at their enterprise through the eyes of accountants and managers like every studio.

Also, any executive who remembers Scott Pilgrim will remember not to always cave to fan pressure.

Applying that to a specific movie, feels less like a needed dose of cynicism, and more like party-pooping, pointing out obvious truisms about the fact that the world is not perfect. It's basically taking the uplifting statement "The Avengers is better than average movie you will see", and changing it to "the average movie will be worse than The Avengers".

Everyone has a boner for Avengers but imo it was about the same level as Captain America which is above Iron Man 2 and below Iron Man 1 and Thor.

I really didn't like how the alien invaders were space rednecks who didn't have a plan beyond "lets break stuff". Downey was good as expected and Ruffalo was brilliant as David Banner but other than that nothing stood out. It all seemed like generic high budget Transformers-level cg effects blah. It was fun to watch but totally forgettable. 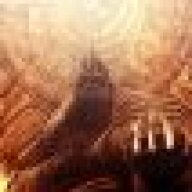 Will some negatives happen? Of course they will it's Hollywood and well we see the results every year of cases where Hollywood just doesn't get why something works.

But I look at it on the bright side. If Avengers can kill things like the Micheal Bay Transformers series I'll be a happy person. When Hollywood uses in name only to produce something cool and great it's wonderful, but too often in name only just gives a bitter disappointment to people who loved something before Hollywood got their hands on it.

I'm also thinking that maybe Avengers will encourage Hollywood to go with some color other than black for the costumes. If Avengers means we don't have to deal with X-Men all wearing black or GI Joe all wearing black costumes then Avengers has done has a great favor.

Im actually hoping that the Avengers amkes the Dark Tower series more than any of the DC movies and the then inevitable Justice League film. I mean, id welcome some films (a better green lantern [though I didnt mind the first but then again im not a film critic], a wonderwoman film [just to see what they'd do with it], and even a flash film), but to actually see a Dark Tower film that encompassed the main series, the comics, and the off shoot books (The Wind Through the Keyhole and The Little Sisters of Eluria), as well as made connections to other Stephen King books (and thereby meaning we need to actually make movies or new movies of said books [such as 'Salem's Lot and Hearts Of Atlantis]) would make me personally very happy, especially if you got the right person on it.

... Though thinking about it now to actually do that would take literal decades and be arguably the most ambitious film project, topping such others as LotR, Harry Potter, and yes even the Avengers (again, arguably).

Sorry Bob, but after all the hype and later praise by criticts of Avengers I found it a decent movie, 7.5 out of 10. Whereas the "Not that good" Batman blew me away; 9/10.

OT: Let's just hope all the bad things it can bring about won't happen.

My point was that executives will use Scott Pilgrim as a reason to not listen to fans because it was a failure. Scott Pilgrim had massive Comic-Con marketing and was made in a way that geared almost exclusively to fans and comics/gamer geeks. The filmmakers listened to the fans, and the film bombed. For every good example of a concept working, there is an example of it failing.

I know Bob is playing devil's advocate, I'm just more inclined to believe that some of the more negative impacts will come true. The biggest positive right now is a whole lot of cash for Marvel so they can make Guardians of the Galaxy. The cultural tastes of the zeitgeist will change, and eventually people will get tired of the over abundance of comic book style comic book films in the same way that people got tired of dark & gritty comic book films (or overly campy films as well).

I was also playing devil's advocate. I'm hearing a lot of people talk about how the like the romance in Amazing Spider-man, I would assume that might have something to do with Webb, since he did (500) Days of Summer, but then again that's also the ONLY film he's ever done so...


Falseprophet said:
Much like Halo introduced regenerating health to FPSes because there was a good story reason for it, while modern military shooters copy it even though it makes no sense.
Click to expand...

I would argue that there wasn't regenerating health because there was a story reason, the story reasoning was made because they wanted to have regenerating heatlh, to speed up the pace of FPS games for consoles. I would imagine its also why they limited the weapons to two instead of nine or more, and why grenade tossing became its own button instead of a selectable weapon.
Show hidden low quality content
You must log in or register to reply here.
Share:
Facebook Twitter Reddit Pinterest Tumblr WhatsApp Email Link
Top Bottom