Backstrom is a new detective drama long on potential, but also full of cliches and a blatant swagger that reminds viewers it is episodic TV.

I saw the first episode on the net, and I actually got annoyed with the frequency the character of Backstrom, and even the supporting cast started doing the "I'm you..." basically I wanted to start distracting myself the 3rd time they did it in 10 minutes (not counting commercials), and by the end of the episode (which subtle spoiler that is how they ended the episode to besides the "just a cop doing his job day-in-day-out" walk away), and basically told myself that if they continue using that same setup next episode more then once I am done with the show.

even throughout the episode where Backstrom would throw out a 'the person's name you are going to say will be X, because I saw it somewhere, and it has to be relevant here' seamed like it was trying to make his some level of fallible, but all it did for me was show that "in the end I am the idiot-savant, and will always be right in the end" what I would actually like to see out of this show is taking Backstrom, and putting him up against his Moriarty. cause even while watching the episode Backstrom actually felt more like Sherlock Holmes then Sherlock Holmes from Elementary, but at least one thing Sherlock had that made him even more human was admitting that he made a mistake, and brought down from his ivory tower.

Having seen the first episode, I can't say that I'm keen to see any more. I'm not a huge fan of police procedurals, and need an extra factor to make them interesting to me. A-hole as the lead isn't it.

I have never particularly liked episodic shows. Procedural cop shows like this will always remind me why.
T

Watched the premiere. Everything in the show has been done before, and it adds nothing new to the cop drama scene. Not watching more. 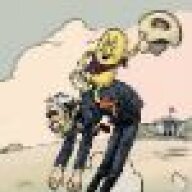 Seems like the same ole thing, I'll keep watching to see if it gets better. I did like the black balls line though.
L

I watched it twice and I'm still not sure if Backstrom stumbled his way through that investigation or if he really is brilliant. Either way it was an enjoyable first episode save the diner scene and a few issues regarding the malfunctioning gun at the end. 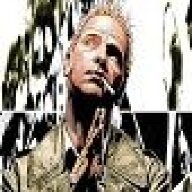 I loved it. When it comes to reality, I find the ultra politically-correct people to be the most insufferable, so seeing a character that is so un-PC is really nice and relatable. Plus, it helps that this is the first episodic procedural that has interested me in many years.
Show hidden low quality content
You must log in or register to reply here.
Share:
Facebook Twitter Reddit Pinterest Tumblr WhatsApp Email Link
Top Bottom