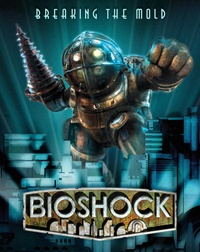 Widescreen-owning gamers starting BioShock [http://www.2kgames.com/bioshock/]for the first time today were met with a nasty surprise: The game's widescreen support appears to be a kludge.

Gamers on the official 2K fan forums [http://forums.2kgames.com/forums/showthread.php?t=4883], have been complaining in large numbers about the way the game handles widescreen monitors. Rather than providing a wider field of view, the game apparently resorts to cropping the top and bottom of the standard 4:3 display, giving the appearance of a widescreen aspect ratio but in fact reducing the amount of visible screen space.

Many gamers have expressed particular frustration over comments expressed by BioShock lead programmer Chris Kline, who had earlier stated the game would have proper widescreen support. "You will see more in widescreen. We use a different projection matrix; there is no squashing or stretching of the image involved," he said in a May forum post [http://forums.2kgames.com/forums/showthread.php?t=659]. 2K representative Elizabeth Tobey has said the company is looking into the matter, and while there has been no official response beyond that, a possible work-around involving an .INI file in the game has been posted on the official forums.

2K has also responded to complaints about broken Big Daddy figurines in some Limited Edition versions of the game by setting up a Busted Big Daddy [http://www.2kgames.com/bioshock/busted] site, which gamers can use to report their broken Big Daddies and request new ones. 2K will send a prepaid box in which to ship the defective figurine, and will also include a printed copy of the BioShock art book as compensation for the inconvenience.

They seem to be handling it professionally, at any rate.

I'm a bit put off by the widescreen issue. I have to admit that i did not notice the problem on my widescreen HDTV at home. Whether this means it's actually well done, or my visual palette sucks, is debatable. But now that it's been pointed out, I'll probably be unable to think of anything else while playing it. Aside from HOW FREAKING AWESOME the game is, I mean.
A

Interesting point on this, since I am downloading the demo now, specifically to check if it was decent in the "working" capacity. I am most disappointed by this revelation but at least someone might do something about it. Widescreen Gaming Forum wiki [http://www.widescreengamingforum.com/wiki/index.php?title=Main_Page] is my friend for widescreen hacks. It'd likely not give the game much more then a C, heh.

Based on 2K's response to other issues (particularly the broken Big Daddy figurines) as well as their fantastic interaction with and responsiveness to the community during the game's development, I'd be very surprised if this goes more than a day or two without a full-blown fix. They've done just about everything right so far, so I don't see them dropping the ball now.
T